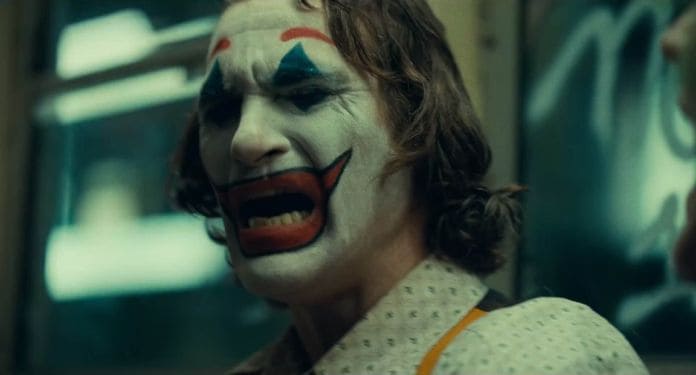 Some years there is a big run on certain costumes that are sparked by a movie or TV show that happens to be insanely popular and that people want to emulate. Other years it’s kind of a grab bag as to what’s really going to spark peoples’ fancy and what might be seen as the hottest costume on the market. Some people go by what the celebrities are wearing and others decide to use their own imagination to come up with something entirely different. But in 2019 there are plenty of media icons to pick from since it’s been an interesting year for movies and TV and as you can imagine there’s a wide array to select from for those that are wanting to don whatever costume they can think up in the next few days. The list I’ve compiled might not be what a lot of other people agree with, but at the very least it’s a good idea of what people might be wearing this Halloween.

Here are just a few popular costumes that might actually rule the night this year.

There’s really no way to exclude this from the list since when the movie came out people were almost immediately accepting of it since the story was fun, engaging, and despite being kind of disturbing from an adult standpoint it was still entertaining when we watched it as kids. Plus the idea of witches kind of goes hand in hand with Halloween no matter how those that actually identify as Wicca practitioners want to frown upon it. The holiday was of course created a long, long time ago and was seen as an observance of the changing of the seasons, but somewhere along the line witches, candy, and dark magic became a big part of it.

This should be a no-brainer since despite what people say about the last few seasons there are plenty of individuals that want to dress up as Khal Drogo, Daenerys Targaryen, Jon Snow, and many other individuals from the popular series. There was something electric about the show that simply reached out and grabbed those that were willing to be taken along for the ride, and even at this point, after the show has finally reached its terminus and disappointed a great number of people, a lot of fans are still forgiving enough that they want to dress up like their favorite characters and stride out boldly into the night, despite it being dark and full of terrors. If you watched the show you’ll get that reference.

3. Any zombie show or movie

This might feel like a cheat but zombies have been a part of pop culture for a long time now and as a result they’ve been one of the longest-running costumes that some people have found the most appealing. Thankfully a lot of people tend to want to dress as zombie hunters as well so there’s a pretty healthy balance, but you might see a few Carl’s, Rick Grimes’, Michonne’s, and definitely some Negan’s out there this Halloween since no matter how the ratings are going people still tend to love dressing up and a lot of the characters from the movies and the shows have become iconic in their own right.

I have to say it, I really, REALLY don’t like clowns, and was looking to tee up on one of the trespassing buggers when the ‘clown craze’ hit a couple years back during the release of IT: Chapter One. But there’s something that some folks love about clowns that creeps the rest of us out, and dressing up as this psychotic creature is just another thing that some people get into. Granted he does look absolutely creepy and ready to scare the living hell and something else out of anyone, but my one and only warning to anyone donning a Pennywise outfit would be to gauge your audience carefully since there are some people that dislike clowns even more than I do.

Does it even have to be explained why this would be one of the top costumes this year? Defying almost every expectation this movie has climbed to the top of the charts and has been the movie that people have been talking about over and over since it came out. The madness of this character is without a doubt why he’s so popular since he represents freedom on a scale that many people don’t ever seem to experience and despite the chaos that the character is all about this movie somehow showed people a different side of the Joker that some don’t agree with and some can’t help but idolize in a way. It won’t be too surprising to see people donning this getup in a few different ways.

Have a safe and Happy Halloween.