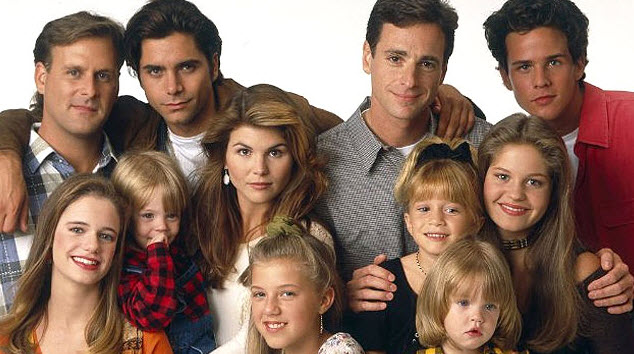 Some TV shows were great, but they were great because of the time they came out and represented. Some of these ideas, when mentioned now, just make people cringe. This is often followed by exclamations of: how did that show ever get popular (or) that show would never get made today. And most times people say that, they are right. We are talking about the shows that were so awesome, so out there, they need to be remade. But not just remade, remade ironically. Meaning the show comes back somewhat self-aware. Think the recent 21 Jump Street movie adaptation and you have the right idea of what I am talking about. Now apply that to TV and it all makes sense. Here are five older TV shows that deserve ironic remakes.

Come on, you can’t argue that this show should come back (to Adult Swim) and the show itself needs to be more aware of how insane it is. It is a show about an alien puppet that eats cats and gets high eating kleenex (please tell me you saw that episode?). Bring it back, make the puppet cheap looking (maybe a sock puppet) and add the fact that he knows he is a puppet. Bam, pure gold.

SNL knew this and did the awesome MacGruber sketches, which is pretty much what I am talking about. But instead of having him die (sort of a one note joke), you have him make even more insane things from even less expected household items. In other words, some throws him a paper clip and some bubble gum, and they look back a minute later and he has built a combustion engine from it. It will always happen out of frame, and his new catch phrase would be “that never should have worked”. Genius, right?

The Munsters was already sort of satire when it rolled around, half a century ago. So imagine it now, with the monsters being more modern? It could also have hilarious side stories like them getting profiles by cops or neighbors trying to burn down their house. Keep in mind, it would now all be set in a town house in NYC and filmed reality TV style. I know, I know. I have a gift.

Listen, I know I bring up Cop Rock a lot, but I do so with good reason. I will not let the creators and stars of this show forget it ever existed. A musical cop show/court drama is the most insane thing ever put on TV, and if you put it on and had the writers writing, funny, satirical, self aware songs, this could be the next Glee. Only actually good.

Three Dads raising all little girls in San Francisco? Yet all of them were into women? How about a Full House remake that is just a LITTLE bit more honest and convincing? The three Dads are actually their three Dads this time. NO dead mom or anything. Suddenly, the show takes on a whole new dynamic and is a bit more fun and realistic than its cheesy predecessor.

So what TVÂ show do you think deserved an ironic remake? Take to our comments or hit us up on our Facebook page and let us know. Maybe we will do a follow up with some of your suggestions and shout outs.