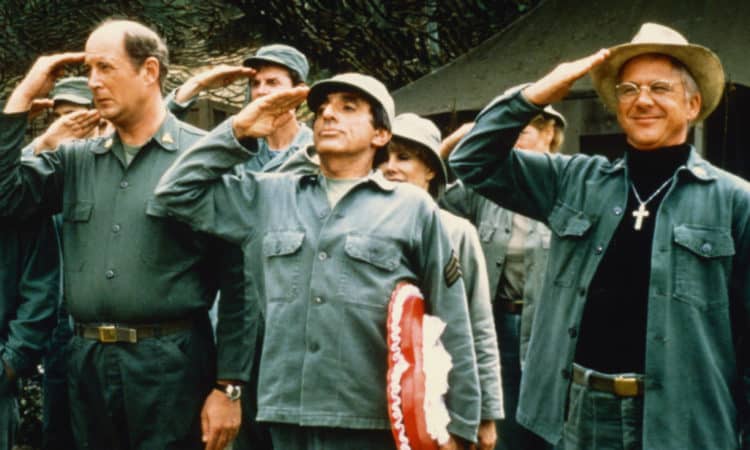 Controversy isn’t solely enjoyed in movies, as it’s made it’s mark on TV as well since plenty of TV shows have come and gone that have dealt with one controversial issue after another. Some of them are ahead of their time, others are, well, kind unneeded since they try to rehash old ideas that don’t work out so well. The main point is that recognizing which is which should probably give people a good idea of what kind of ideas are going to be more popular moving forward, and which should either be left to work on or just left entirely. Every idea that’s currently out there will come around again, that much has been proven over and over throughout the years. But keeping people entertained requires following a path that’s lit by some of the more forward-thinking shows that had a lot going for them since they paved the way for other ideas that were or could have been great had they been followed with the same attention to detail. It’s true that following such a course isn’t easy and can be trying on even the most skilled writers, but when a show is innovative enough to make people pay attention then it’s time to sharpen up and see where it can go.

Here are a few shows that were ahead of their time in dealing with controversial issues.

5. All in the Family

There might be a bit of argument or flak from this selection simply because people these days are more than willing to point the finger at Archie Bunker and state that he’s responsible for a lot of the ills we see on TV. Not only is that ridiculous, but it’s immature and even irresponsible to think so since this show helped a lot of people to realize the issues at hand and how they were commonly dealt with. It was a controversial show to be certain, but those that can’t separate reality from fiction often need to take a step back in order to see the bigger picture and understand the message that’s trying to be sent.

At one time a female lead was unheard of since men were thought to be big deal in Hollywood and women were there as window dressing at times or to be the romantic love interest. Well, that was the feeling at one time, but Lucy managed to break a lot of norms, not to mention the fact that her show was more diverse than a lot of programs at that time. One could say that she helped bring a great deal of change to the TV industry in a number of ways since she tended to do things her way and best of all, the people loved it. She’s been dubbed a legend for many reasons, most of which she deserves without question.

Seriously, this show probably shouldn’t have been made, but it was an attempt at least to try something that could be a spinoff of M.A.S.H., since a lot of people didn’t want to see the show end. But in all honesty it would have been better to just let it be and not worry about making another show since this one wasn’t that well-received and wasn’t really appreciated by the fans. One big problem with trying to make a spinoff sometimes is that the fans might ask for it, call for it, and petition for it, but if one creates a spinoff without the fans asking for it then the chances of success go down more than a little.

This show was definitely ahead of its time and yet it passed its time and stuck around for WAY too long while the issues and controversies it covered grew by the day and were hardly ever solved or even depicted in a manner that a lot of people could agree with. The thing about reality TV is that once people even suspected it was scripted, a lot of the audience lost interest. They still cared about the issues and might have stuck around for the controversy and cat fights, but apart from that it was kind of a buzzkill to learn that the performers were playacting when they were supposed to be ‘real’.

People are still hoping for a female president, need we say more? Well, I will anyway since this is something that showed up a little while before the political unrest that came about in 2016 when the vote dropped and the first female president was NOT elected. This show might have created the sense that such a thing could happen and possibly should happen, but if there’s any common sense out there, it’s not going to happen until a trustworthy candidate comes along. If it happens, then hopefully it will happen with someone that people can agree will be good for the country.

TV might actually have MORE controversial issues than the movies.