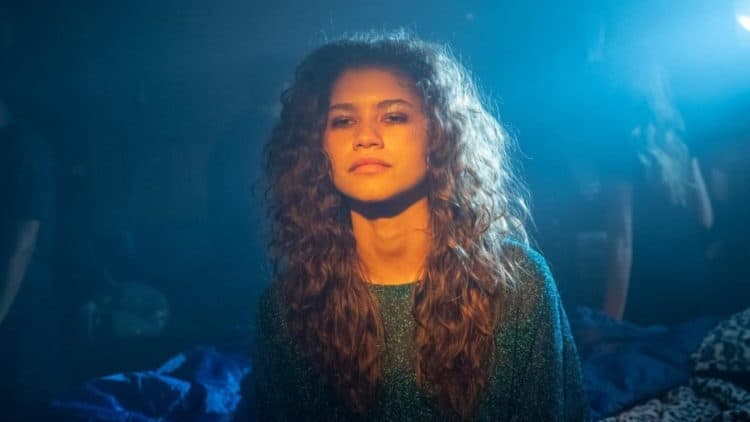 If you’re not sure what Euphoria is then you might not be up on teenage-inspired shows that have to do with sex, drugs, love, and the trauma that just being a teen can come with. There are plenty of shows and movies out there like Euphoria, or that have enough in common that a person might enjoy them all the same. Anything that has to do with the various challenges and trials that a teenager has to go through tends to be popular because the simple reason is that teenagers do have a lot to go through and have for some time now. The idea that the life of the average teenager is anything other than a challenge at times is hard to fathom since we’ve all been there at least once, and getting out alive sometimes feels as though it might not happen unless we take the right steps in the right direction, with our eyes closed and little more than hope and prayers to guide us along. But the shows and movies that are created to depict just how things happen and how the lives of teens are shaped tend to be widely accepted or largely panned depending on the subject material and whether or not it’s realistic enough.

Taken from a UK show of the same name, Skins is about the same thing as Euphoria with different actors and different attitudes as it goes through the lives of a group of teens that are in their final two years of high school. If there’s ever a time in the life of a teenager that’s bound to be the hardest it’s going to be in high school since the blend of the high school hierarchy and a teen’s home life can be volatile at times since people at this age are often trying to find out who they are, what they want to do with their lives, and it can get messy in a number of ways that might shape the rest of their lives in a very distinct manner.

This isn’t the same story as a lot of us can remember from the comics since the characters are definitely a lot more serious and the issues they’re dealing with are far more realistic. Plus, the idea of Archie and the gang and their many exploits in Riverdale are kind of removed from the memories that a good number of people might have when thinking about the comic strip. In a way, it’s the answer to what Riverdale would be like in real life, and the answer is something that a lot of people found to be kind of interesting since the show was given quite a bit of attention by those that wanted to see more.

Teen suicide has been a hot button topic for quite some time and this show was actually forced to create a disclaimer that had the actors speaking about the issue. That’s when a person knows that the issue is exceedingly real when people will actually think that a show is glamorizing a problem such as suicide. Many have gone on to vilify the show for depicting the idea that suicide is any way glamorous or that it’s an acceptable end to one’s life. But if a person were to simply watch the show they might figure out that the main point wasn’t to glorify suicide but to detail the trip that was taken down the long, dark, lonely road that led to the act in the first place.

Despite the fact that the main character is in college this show has pretty much the same content as Euphoria in that it does deal with the issues that young people face an how they go about trying to figure out each problem and how to handle it in a way that will be beneficial for them and not harmful for anyone else. Obviously, things don’t always go as planned since the best-laid plans tend to be the easiest to disrupt considering that they need only a minor tweak in any direction to go awry. In a sense, that’s one of the biggest lessons of life.

Ah, high school, the one place that equality would be great to have, and the one place where it appears to enter a black hole when talking about some schools, as the hierarchy of a high school is unfortunately natural and tends to go hard on everyone, but especially those that are seen as misfits and outsiders. Of course, not every high school will be like those that are seen on TV, but the satirical stab at the high school experience is still one that many people relate to since it’s not too far off the mark.

Thankfully most people do actually learn something from high school.