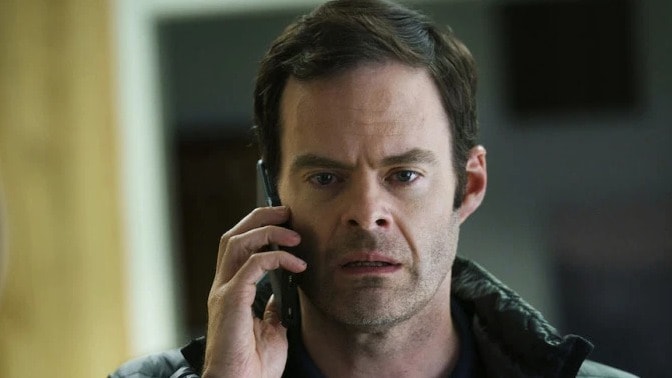 Can people really change? That’s one question that divides many with its answers. One side claims by way of hope that humanity isn’t entirely doomed and can adapt change as necessary. Naysayers, on the other hand, believe that man is who he is and that true change never really happens. The season 2 finale of Bill Hader’s Barry tells us just that. And as much hope as we have for this sad, sad character, it seems like his past will always be his undoing. The finale may have left us with plenty of questions to ponder, but we’ve definitely not lost hope on this character’s reprieve. Here are five questions we were left asking after the finale of Barry season 2.

Somehow, TV has a way of making us sympathize with even the worst characters. Barry Berkman is certainly not the hitman he once was–at least not emotionally. But from what we saw this finale, we now know that he’s still just as skilled as he used to be. In fact, if he wanted to he could probably pick up where he left off. Indiewire.com thinks that there might not be anything left to be saved for Barry. We saw from the finale just how far Barry would go when pushed to a certain point, and we now know that he definitely took it a little too far. A massacre isn’t exactly what we expected from Barry in the season 2 finale, and that’s why it was so terrifying and heartbreaking at the same time. We thought we knew what Barry was capable of, but it turns out that we really had no idea what kind of demons he fights day to day. What could possibly happen after that?

2. Will Gene ever forgive Barry?

All things done in the dark will come to light one day. From the cliffhanger scene of the finale, we know that Fuches (Stephen Root) told Gene (Henry Winkler) that Barry was the one who killed Janice. The first question would be whether Gene would believe that and whether Barry would deny it. Given the relationship that these two have built up over the last two seasons, there’s really a lot at stake. It makes you want to just slap Barry on the back of his head. What was he thinking, right? Well, he wasn’t. He certainly wasn’t thinking about Gene and what he’d feel about the whole situation. Janice, the object of Gene’s ultimate love and affection, has fallen victim to Barry’s hand. If he can kill Janice, whom can he not kill? Is there a line that he won’t ever cross? Or does that just not exist for Barry? Is he going to have to kill Gene as well? We’ll just have to see in the next season. If Barry ends up denying it, we’re sure that it’ll come to light one day, and Gene will surely believe it in the end. Will he ever find it in him to forgive Barry? Things might get more complicated before Barry figures out the next move. We just hope that the next move doesn’t involve offing his great friend.

3. Is Sally going to be in danger one day?

According to Collider.com, Sally’s story has become just as dark and heartbreaking as Barry’s. We could definitely agree to that, but there’s something about Sally’s character that’s just not quite clear yet. We know how she could be, and we know of her weaknesses and strengths. But the darkness in her might be darker than we originally thought. That scene where Barry literally almost choked her out was one of the best and most terrifying of the season. But when we thought Sally was all vulnerable, she gets back up and terrifies even Barry himself. What’s the real deal with Sally? Is this relationship going to end up in tragedy one day? Many arrows are pointing to that direction, and we could definitely picture Barry hurting Sally one day–even if he doesn’t mean to.

At this point, we could just look at all the characters of the show and ask what their survival rate is like? There’s a chance Gene might die. There’s also a chance Sally might die. For Fuches, it’s highly likely that he might get killed at some point. Fuches has been the itch in Barry’s life that he just can’t seem to scratch out. Why does Fuches behave so irrationally towards Barry? Is there something Fuches knows that Barry doesn’t? Something happened in the past that the show has yet to fully explore, but we know that it’s there. What’s the future looking like for Fuches? There’s a possibility that the more Fuches pushes Barry’s buttons, the worst it will be for him in the end. We last saw Fuches driving off from the scene of Barry’s carnage, and we’re not sure what’s happening after.

5. Will we find Barry in prison for his crimes?

Barry did a lot in the finale–a lot of killing. We’re not sure if there’s anything else left for him to do but go to prison. There’s no rhyme or reason to his murderous rampage, even though Hank might get the blame for the whole thing. We’re not sure how it’s going to play out next season, but we’re not quite sure how it’s going to work out for the show if Barry’s behind bars. So let’s just say that Barry gets away from the massacre, how is he ever going to live his life the same way again? In the end, he was the one that ruined the life he was working so hard to protect. TVLine.com wrote that this violent collision of his two lives left Barry standing in the end, but where he ends up next is the big question. What is Barry going to do now? Is he going to man up to his crimes? Or is someone else taking the fall for it all? We’ll see in season three.