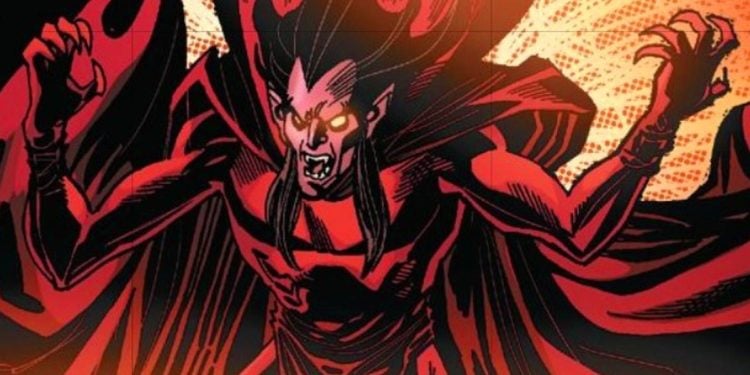 Marvel villains like Doctor Doom or Magneto aren’t the most underrated villains. In fact, they are considered to be the most favored villains and that can’t be argued. Even villains like Thanos and Loki became more popular with their inclusion in the Marvel Cinematic Universe. It would make sense for the MCU to display the more prominent villains from the comics. If more people know who they are, then a bigger crowd will show up to fill theater seats. However, villains like Erik Killmonger from Black Panther proved that less popular villains can be just as fun to watch as villains like Doctor Doom and Magneto are fun to read. If Marvel villains like Killmonger can become more popular through the MCU films, then why not include more?

Marvel only recently acquired the rights to Fox Marvel characters like Doctor Doom and Magneto, so they couldn’t appear in past MCU films. It’s unfortunate, but now that both characters are back in Marvel’s hands, their debut in MCU films is all but inevitable. They have been in high demand from fans since the beginning, but personally, I’d rather see villains on Killmonger’s level. Marvel Comics has A LOT of villains to choose from and the ones that don’t get enough recognition are the ones we need to see in the MCU.

As a lifelong comic book nut, I’ve narrowed down the five underrated Marvel villains that need to appear in the MCU. Let’s take a look, true believers.

Okay, I’m cheating a bit here, but these guys are a unit. They operate as one and aren’t nearly as effective when they are separated. They served as enemies to Thor, Luke Cage, and The Avengers as a whole. These four super criminals are called The Wrecking Crew. The team consists of The Wrecker, the leader of the crew and wields an enchanted crowbar. Then there is Thunderball, who wields an indestructible wrecking ball, the human battering ram known as Bulldozer who wears an incredibly strong helmet, neck, and shoulder apparatus that enhances his strength. Lastly, there is Piledriver, a very strong thug with oversized hands. These guys sound lame on paper, but when they work together, they truly live up to their name.

Their goofy characteristics and enmity with Thor are the reason they should appear in a Thor movie. Only a director of Taika Waititi’s caliber can handle these over-the-top villains and portray them to their fullest potential. An encounter between them and Thor would lead to some comical dialogue and some quippy comments from the God of Thunder. The idea of Thor having trouble with these sounds ridiculous, but they’ve given him a run for his money before.

Gladiator is a villain who was formerly owned by Fox. In the comics, he was heavily affiliated with the X-Men and the Fantastic Four, being a great physical threat to both teams. His real name is Kallark, the leader of the Imperial Guard of the Shi’ar Empire. He’s the leader because of his awesome powers, which include superhuman strength, speed, heat and x-ray vision, and flight. Does that sound like anyone familiar? Gladiator is basically the Superman of Marvel, except his moral code is pretty questionable. He is loyal to the throne of the Shi’ar Empire and will serve whoever sits on it without question. His most impressive act was making short work of members of the X-Men and the Fantastic Four.

What makes Gladiator so interesting is that he is not a villain at heart. He has often fought heroes because he believed it was for a noble purpose, which only increased his power. Gladiator must appear in the MCU, not because of his cruelty as a villain, but his ability to pose as a powerful threat to the heroes. Now that the X-Men and Fantastic Four are coming to the MCU, his appearance is an absolute must.

Fin Fang Foom already technically appeared in the MCU as a blink-and-you-miss-it cameo in Iron Man. Well, it was more like an Easter Egg, but if you spotted it, it was cool to see. He appeared as an image on a billboard when Iron Man was flying around the city. The image was based on the character’s depiction in the Viva Las Vegas comic series, and it was the coolest version of the character I’ve ever seen. Fin Fang Foom looks like a giant, scary dragon, but he’s actually a shapeshifting alien. His appearance alone is the very reason why he should appear in an MCU movie.

I’ve talked about this character before, and he’s underrated for several reasons. His association with The Mandarin, enmity with Iron Man, and overall appearance as a dragon just makes him the kind of villain that’s movie material. Â Now that Iron Man is sadly dead, his last chance to appear in the MCU is in the upcoming Shang-Chi movie. His association with The Mandarin from the comics makes for the perfect opportunity to have him make his debut. The master martial artist vs. the shapeshifting dragon? Make it happen.

Doctor Doom isn’t the only Marvel villain to contend with the Fantastic Four. His immense status the team’s archenemy has made their other foes feel overshadowed by him. One of the most underrated ones is the Super-Skrull, a powerful alien who possessed all the combined powers of the Fantastic Four. He is the most valued warrior the Skrulls have in their army and what makes him dangerous is his fierce loyalty to his people. Super-Skrull was once under the control of Fox, but now that Marvel has his four archenemies in their field, he will surely follow. The Skrulls have already appeared in the MCU, but they are incomplete without the Super-Skrull. Seriously, how cool would it be to see a Skrull with all the powers of The Fantastic Four?

My number one most underrated Marvel villain is the closest thing to the devil himself. Mephisto appeared in a Marvel movie before, only he wasn’t exactly Mephisto. He was more like the devil in the form of Peter Fonda, and that was very disappointing. Mephisto acts as the literal devil in the comics, making false promises to people, only to turn their hopes into their worst nightmares. He is the cunning manipulator, the conniving deceiver, and the master tempter. Imagine what literal Hell would look like in the MCU. It would look exactly like anyone would imagine it, but with Mephisto around, it would only be a thousand times worse. This demon has been an enemy to almost every Marvel hero and even some of it’s villains. If he’s in the MCU, he can be a dangerous foe to literally anyone.

Those are my picks for the top five underrated Marvel villains that need to appear in the MCU. Now that Marvel has acquired the rights to more of their beloved characters, that only means more villains. I say let’s saddle up, true believers, because the future has a lot in store for us.