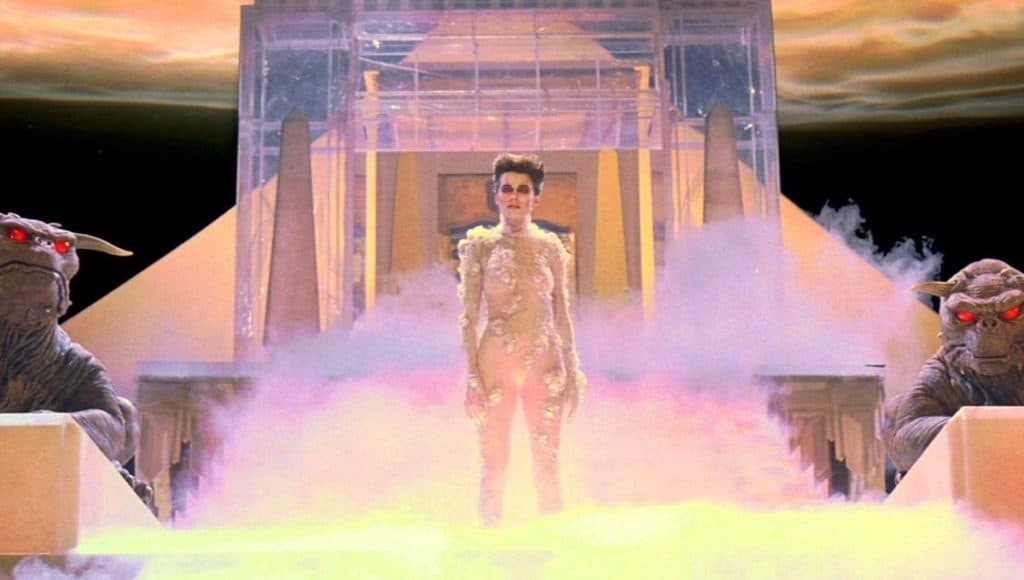 It’s kind of hard to call a lot of the 80s villains underrated since they were all doing their best to push for a screen presence that was worthy of their star power and of their position in the movie. But there are definitely some that feel as though they could have been so much more and could have possibly gone on to create an even greater amount of tension and danger in their movies than they did. Whether it was up to the writer or the director though, or both most likely, some 80s villains kind of fell short of their expected potential and didn’t really light up the screen as much as they could have if they’d been let off their metaphorical leash just a bit more. That alone is probably a reason why some people are asking for reboots since they want to see a bit more action now that the effects are better, there are more actors vying for big roles, and the villains have definitely upped their game over the years.

Here are a few of the more underrated villains from the 80s.

The impression that Lo Pan gives off is the big, bad boss guy at the end of a particularly difficult video game that leaves a player thinking they’re going to be KO’d in one unforgiving hit if they move in the wrong direction. What kind of ruins that moment is when it only takes a few hits or less to take out this supposed heavy-hitter and end the story. Granted, Jack Burton did have tremendous reflexes to not only catch the knife that Lo Pan threw at him and hurl it back with pinpoint accuracy. But apart from that, Lo Pan’s greatest moment was an astral battle with Egg Shen. That battle could have gone on a little longer and it would have been awesome.

David was the leader of his pack, but in the end, we found out, unfortunately, that he wasn’t the overall master, and was in fact just a lackey who had proven himself to be the alpha of his group. Had David actually been the master it’s likely that Michael might not have fared quite as well in their final battle. As it was, the effects and the overall budget might not have allowed for a thrilling final fight, especially since the lead vampire, played by Edward Herrman, was taken out relatively easily by Grandpa at the end. But just imagine a down and dirty scrap in this movie between David and Michael, now that would have been intense.

Let’s be honest, Wez was the real star of Humungus’ group, not the lead man himself. For the most part, Humungus just sat in his ride issuing threats and demands to those that were settled in behind their walls. It was pretty easy to think that he could have had his group storm the walls from different angles and take what they wanted, but nope, that wouldn’t have fit the movie apparently. In truth, Lord Humungus was kind of the Immortan Joe of his time since he talked a great game but didn’t really do anything. Well, scratch that actually, since Joe actually put himself into the conflict at one point. Humungus did too near the end, but he still wasn’t as impressive as he could have been.

There are probably a few other individuals that could have made this role work, but Lance Henriksen was just the right type of creepy at that time since he went all-in on his revenge. The titular demon was absolutely terrifying, but it kind of feels as though the suit offered limited mobility, which could explain the slowness and stiff movements. Perhaps a faithful reboot of the movie would be in order to give the demon the kind of speed and strength it really possesses and to keep this story from being a footnote among many other horror stories. Seriously, this tale is one that could be worth bringing back.

There’s one big reason why Gozer was hampered in such a big way, and it’s because this movie wasn’t meant to traumatize people any more than it might have already done. A literal god comes to New York, someone that doesn’t need a physical form to be imposing but takes one anyway knowing that humans are easily frightened. Ray’s denial of his own godhood was dumb enough, but then thinking that it would be that easy to take on a deity that can disappear AND ignore their proton blasters? Yeah, it’s time to soil yourself and head on down to herald the end of the world. Gozer just didn’t pack enough punch for the buildup that was given throughout the movie.

Sometimes the villain needs to be an actual threat to the heroes, without as many boundaries.