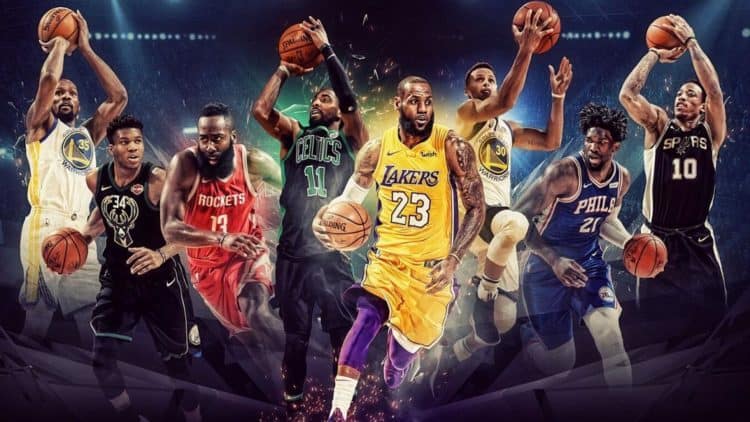 While the MLB Playoffs may be taking center stage in the sports world, the NBA recently unveiled its full 2018-2019 season schedule. The NBA’s 73rd regular season begins next week on October 16th as the 76ers take on the Celtics in Boston. With the season heating up, it’s time to make sure you have a way to watch this year’s NBA season. Sure, you could go with a pricey cable subscription and all of the strings attached, but there’s a much better way to catch all of the NBA action this year: streaming.

There are more ways than ever to watch the NBA online without cable this year. Want to cut the cable and still watch the NBA? Here’s a rundown of how you can stream NBA basketball this year.

ESPN is broadcasting a significant number of games this NBA season, making the WatchESPN app a great way to stream NBA basketball this year. WatchESPN allows users to stream their favorite live sports and shows from across the family of ESPN networks and even ABC.

The app is compatible with most major streaming devices, mobile devices, and even through web browsers at WatchESPN.com. The app will allow users to stream games in the NBA regular season, playoffs, and finals and requires an authentication from a TV provider. Still, for a way to stream NBA basketball on the go, the WatchESPN app can’t be beat.

Sling TV has stepped up as one of the best overall values in the streaming world. For just $25 a month, Sling TV offers dozens of live streaming channels and the option for simultaneous streams with one subscription. Sling TV includes streams of ESPN, ESPN2, ESPN3, ABC, TNT, and NBA TV, providing customers with all of the channels needed to catch every game of the 2018-2019 NBA season. In addition, subscribers can choose among a wide selection of add-on packages, some of which include NBA TV, for a truly customizable experience

Like Sling TV, Hulu with Live TV is a full-on cable replacement without the hefty price tag and complicated contracts most cable subscriptions entail. One thing that sets Hulu Live apart, though, is the fact that in addition to dozens of live streaming channels, Hulu with Live TV includes access to Hulu’s library of award-winning on-demand content.

NBA League Pass is a no-nonsense way to stream every NBA game without any frills and offers several different packages for streaming the NBA season. At the upper end, the NBA League Pass Premium ($249.99/year or $39.99/month) includes HD, commercial-free streams of every NBA game including an exclusive in-arena stream. Meanwhile, the standard League Pass ($199.99/year or $28.99/month) offers HD streams of every game with commercials. Both of these options include access to NBA Classic games. The NBA Team Pass ($119.99/year or $17.99/month) offers HD streams of a single team’s games, both away and home.

NBA League Pass even offers single-game HD streams for just $6.99. NBA League Pass works on nearly every device out there including some VR and mixed reality systems. If you want to stream the NBA and only the NBA, give NBA League Pass a shot and keep up with every game this season.

fuboTV was designed from the ground up for the hardcore sports fan. fuboTV offers streams of sports channels that no other streaming service offers, including international sports and some of the more niche or extreme sports. In addition, fuboTV includes live streams of popular cable and broadcast networks like NBA TV, TNT, Regional FOX Sports and Regional NBC Sports – but no ESPN. You can even add the NBA League pass to your fuboTV subscription.

fuboTV is compatible with most major streaming devices, mobile devices, and web browsers, but is not yet available on gaming consoles. fuboTV starts at $45/month and offers a free 7-day trial. If you want a streaming service dedicated to sports, fuboTV can’t be beat.

With more ways than ever to watch the NBA online without cable this year, you’ve got no excuse for missing a single game. Give one of the services above a shot with a free trial and start streaming the NBA this season without the need for a troublesome cable subscription.