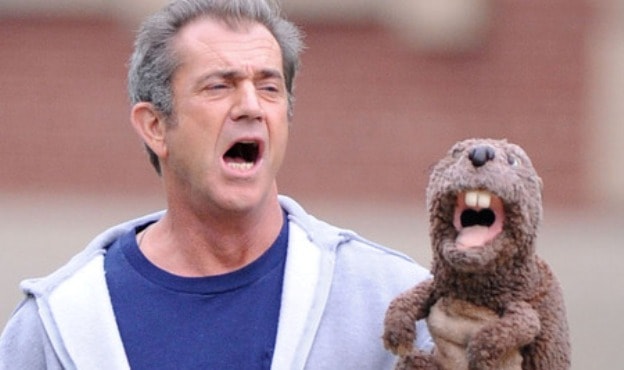 Whether you like him or not at this point in his career Mel Gibson has reached legendary status. Like a lot of actors he’s said and done things that have lost him fans throughout the years but you can’t deny that he’s done a lot of great things as well. So he has manage to alienate a few people, actually a lot of people, with his behavior and his words in the last decade, that doesn’t negate the fact that he’s been a very great actor throughout much of his life. He’s made some mistakes, and the films below were among those since he was cast into roles that really could have done without him and possibly saved him a little more credibility as an actor.

Sometimes though you do what you need to do in order to keep a job I guess.

The Machete movies were really more of a campy, cliche-ridden gore fest than anything but this is why a lot of people liked them to be honest. These films were nothing more than the attempt to let Danny Trejo flex his muscles as a leading man and give him a chance to show just how awesome he could be. While they did a great job for Trejo adding in Gibson as the big bad was not the best choice.

There might be those that would be kind enough to state that this was a good decision to make Gibson seem like a more caring and loving individual but it wouldn’t have been a universal sentiment. A lot of people simply looked at this film in bewilderment and scratched their heads while thinking of how far Gibson had really fallen that he needed a stuffed beaver puppet to make him seem endearing to others.

Overall this performance wasn’t horrible, but it’s the fact that Gibson had to work against the Expendables rather than with them. As a villain he’s pretty good but as a hero he’s almost always been better since he’s the type of madcap antihero that can drive a movie and help out when needed. If they’d cast him as a backup to Barney’s team it would have been a lot better.

There are some people that can do Shakespeare with ease and make it look good and then there are those that just cannot, and should not, make such an attempt. Mel Gibson as Hamlet was about as believable as putting Dolph Lundgren in Kindergarten Cop 2. Halfway through the movie, if you get that far, it’s almost necessary to turn it off and save his reputation in your own mind.

Like the Expendables this role wasn’t horrible but it just didn’t feel like Gibson. He was way too muted and didn’t seem to be allowed to feel much of anything until the last half of the film when he broke down a couple of times for a brief moment before snapping out of it because something was happening or because the danger was over.

Every actor takes a bad role now and again, and some take several trying to get their fans back.