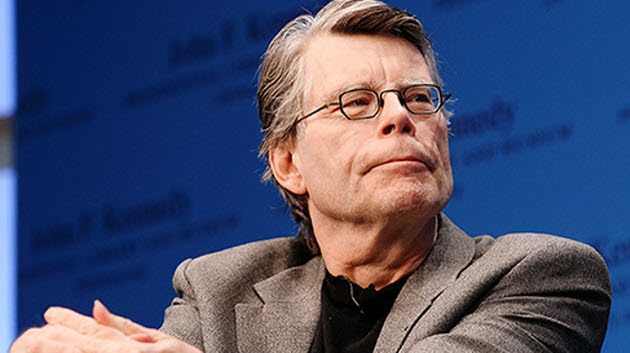 Stephen King is at the head of the class when it comes to writing horror. His reputation has been etched in stone, but are there others who could rise to this class of notoriety? According to the popular writer, there are novels out there that have actually scared the master of fright. Here are five writers who could be the next Stephen King.

The number one writer who could challenge the King for positioning is Andrew Pyper. Pyper’s most recent novel titled “The Damned” is rapidly becoming a massive success. The 2013 novel has already become a best seller. This is number six and by far the most pleasing to his following. The Writer from Toronto has written the horror story and makes no apologies. The book follows “The Demonologist” which established quite a fan base for the writer who is beginning to delve more deeply into horror genre, but without the commercial nonsense that many come to expect. He’s not prone to cliche and you’ll have to read it to find out how he makes use of throwing curves so you won’t really know what’s coming up.

Tremblay is a writer with definite potential. Anyone who can write a novel that scares the hell out of Stephen King is a candidate for walking beside him in popularity. His novel “A Head Full of Ghosts” follows the life of a 14 year old who begins to act oddly. She shows symptoms of schizophrenia and doctors seem unable to help the girl. Her parrents who are horrified, seek help from the Catholic church. The clergy suspects demonic possession because of the bizzare happenings in the home. In a strange twist, the problems that the family is having are made into a reality television series and this is when things really get bad. The book moves ahead fifteen years to an interview with Marjorie Barrett, the main character’s younger sister who tells about the horror of the past events.

This is another author that is recommended by Stephen King himself. Lotz’ novel “Day Four” is the tale of a cruise ship that experiences technical difficulties on the fourth day of a five day trip. She ship is dead with no signal to call for assistance. When no search parties arrive to help, the days go by and they run out of food, then in one of the cabins, a body is found. Something sinister is afoot. According to King, the novel is about the “cruise ship from hell.”

Garton’s novel “Frankenstorm” is an old fashioned novel about a monster storm that is brewing off of the California coast. While extremely severe weather can be scary enough, that isn’t the worst of what is to come for the locals in this book. Garton takes fright to a new level. King recommends this as an “old school” book that worked for him.

Stroud has written an amazing novel that is bound to become an epic. “Niceville” is a novel that is filled with disappearances, robbery and a darkness that makes Niceville not such a nice town after all. The town cop has his own dark side and the writer skillfully keeps readers in suspense about exactly what it is that is so terribly wrong with the town.