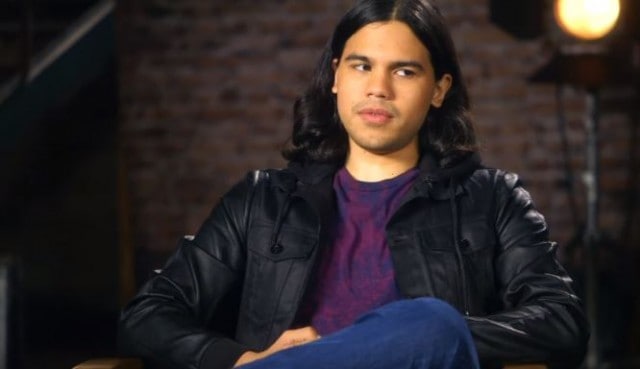 The FlashÂ cast is used to being a part of the DC Comics world on the small screen, but they also have some thoughts about the DC universe on the big screen as well. Specifically, manyÂ of the show’s actors have strong opinions on which superhero will win in the upcoming film Batman v Superman, which hits theaters in a little less than two weeks on March 25. In the video below, they share their picks for who will be victorious in the battle between DC Comics’ two most famous heroes.

So which members of the Flash cast are on Superman’s side? Well, The Flash himself is, as Grant Gustin opens the video by saying that “Superman’s gonna kick [Batman’s] a**.” Other cast members on Team Superman are Danielle Panabaker, Jesse L. Martin, and Carlos Valdes, who also calls Superman “the sexier of the two.”

Meanwhile, Candice Patton and Keiynan Lonsdale, who play the brother/sister duo of Iris and Wally West, believe Batman will beat Superman in the film. Both actors believe that it’s his intelligence and cleverness that will help him come out on top. Still though, Patton had to give Superman one small compliment, even after she said he’d lose.

“Sorry, Superman,” she said. “You look great in tights, but no.”

The Flash returns with new episodes next Tuesday, March 22, at 8 p.m. on The CW. Here’s what we can expect from the all-new hour, titled “Trajectory”:

THERE IS A NEW SPEEDSTER IN CENTRAL CITY; WILL THE FLASH BE ABLE TO KEEP UP? – Deciding to blow off some steam, Barry (Grant Gustin) and the team head out for a night on the town only to encounter an unexpected speedster who is up to no good. Iris (Candice Patton) is challenged by an assignment from her new boss (guest star Tone Bell), and is surprised when friction turns to flirtation. Glen Winter directed the episode written by Lauren Certo and Lilah Vandenburgh.

However, until Barry, Cisco, and the rest of Team Flash are back on your TV screens next week, keep yourself entertained with the cast’sÂ Batman v SupermanÂ video below, and let us know in the comments which superhero you think will win. Will it be Batman or Superman that comes out on top?