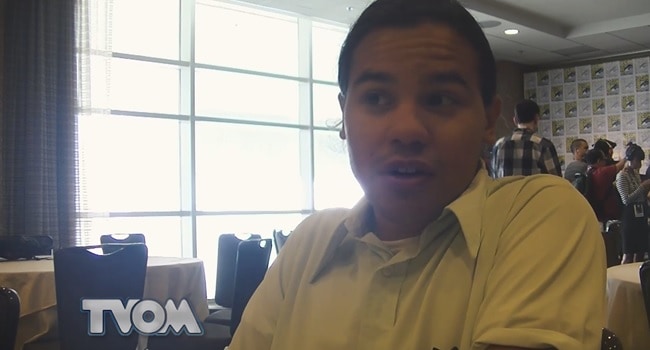 Last week at San Diego Comic-Con, TV Overmind participated in The Flash Press Room with several outlets to chat with the cast and crew behind the show to get some insight into what is coming in Season 3. Carlos Valdes, who plays Cisco Ramon a.k.a. the soon-to-be Vibe, was one of the great talents we got to speak with as he teased the show taking on Flashpoint and character dynamics.

-Seeing more of the evolution of Cisco into Vibe which has been progressing since Season 2.

-Whether or not we may see more of Cisco’s family members, like Dante Ramon (Nicholas Gonzalez) in Season 3.

-The joy of getting to play different versions of his character on the show.

-The butting-head friendship between Harry Wells and Cisco in Season 2 and beyond.

-His reaction to when he learned that the show was adapting the Flashpoint storyline.

Â The FlashÂ Season 3 begins on Tuesday, October 4 at 8/7c on The CW.Â Stay tuned for more roundtable videos of the cast and producers in the next few days right here at TVOvermind. What are you most looking forward to in the third season of The Flash? Are you excited to see Flashpoint and its effect over the other CW shows? Let us know in the comments below.