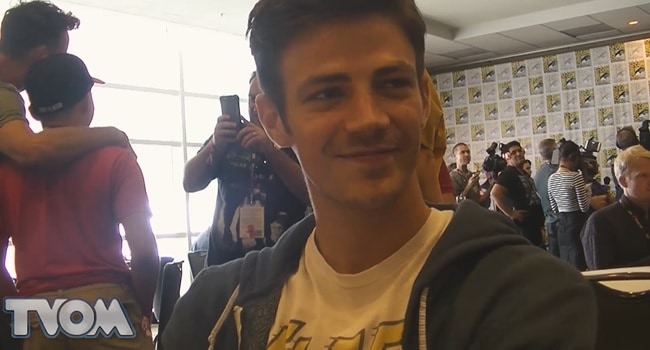 Last week at San Diego Comic-Con, TV Overmind participated in The Flash Press Room with several outlets to chat with the cast and crew behind the show to get some insight into what is coming in Season 3. Grant Gustin, the Flash himself, was one of the great talents we got to speak with as he teased the TV show’s take on the Flashpoint story, upcoming crossovers and more.

–How the TV show will make its own adaptation of the Flashpoint story, but also feature several aspects of it.

-The fact that this arc will without doubt affect all the other shows, including a tease about Arrow.

-How long Flashpoint will be lasting in Season 3 and teasing permanent changes.

-Talking about doing a lot of crossovers this year across all the CW DCTV shows as he is set to do a total of four so far.

-How he personally feels about Barry making the decision in the Season 2 finale.

The FlashÂ Season 3 begins on Tuesday, October 4 at 8/7c on The CW.Â Stay tuned for more roundtable videos of the cast and producers in the next few days right here at TVOvermind. What are you most looking forward to in the third season of The Flash? Are you excited to see Flashpoint and its effect over the other CW shows? Let us know in the comments below.