Home
The Flash
The Flash At Comic-Con 2016: Tom Cavanagh Teases Next Version Of Harrison Wells 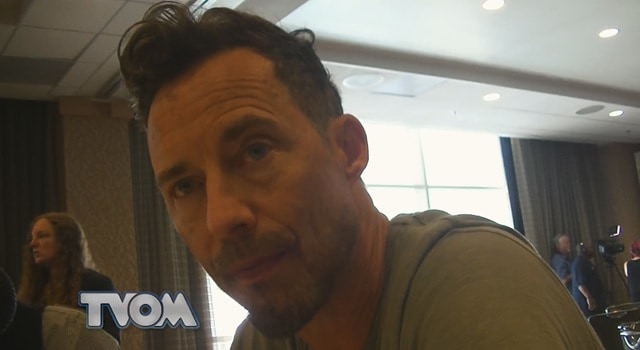 The end of The Flash Season 2 marked as the beginning of the adaption of an iconic DC Comics’ storyline as Barry Allen (Grant Gustin) decides to go back in time and save his mother from being murdered by the Reverse-Flash. But by doing so, the universe around him will forever change as a consequence of time travel and that will be playing a large theme in the third season of the show.

Last week at San Diego Comic-Con, TV Overmind participated in The Flash Press Room with several outlets to chat with the cast and crew behind the show to get some insight into what is coming in Season 3.

Tom Cavanagh, who plays Harrison Wells, was one of the great talent we spoke with as his character is one of the show’s most special ones with each season so far having featured a different version of the character. In Season 2, we met the real Harrison Wells, but from Earth-2 as we explored the Multiverse.

-What teases he can give of the new Harrison Wells we will meet in Season 3.

-Whether or not the Earth-2 version of Harrison is going to be there.

-The joy of getting to play so many versions of his character every season.

-His excitement of seeing the Flashpoint storyline being adapted on television.

-What character dynamic he thinks will be changed through Flashpoint.

The FlashÂ Season 3 begins on Tuesday, October 4 at 8/7c on The CW.Â Stay tuned for more roundtable videos of the cast and producers in the next few days right here at TVOvermind. What are you most looking forward to in the third season of The Flash? Are you excited to see Flashpoint? How do you think the next Harrison Wells be like? Let us know in the comments below.