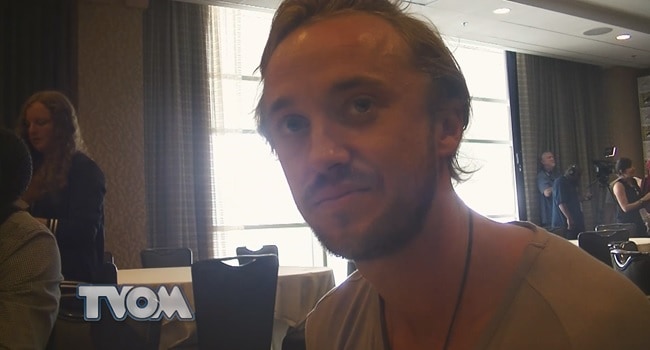 Last week at San Diego Comic-Con, TV Overmind participated in The Flash Press Room with several outlets to chat with the cast and crew behind the show to get some insight into what is coming in Season 3.Â Tom Felton, who will be joining the series as Julian Dorn this season, was one of the great talents that we got to speak with as he teased his mysterious character that will be debuting in Season 3 as a rival to Barry.

-Whether he was into the world of comic books and superheroes before joining The Flash.

-How Julian is going to be a result out of Flashpoint which sets up his rivalry with Barry in Central City.

-The chances of Julian possibly being a meta-human and the fact that he has had costume fittings.

-If he would like to visit the other CW DCTV shows such as Arrow, Supergirl or Legends of Tomorrow.

The FlashÂ Season 3 begins on Tuesday, October 4 at 8/7c on The CW.Â Stay tuned for more roundtable videos of the cast and producers in the next few days right here at TVOvermind. What are you most looking forward to in the third season of The Flash? Are you excited to see Flashpoint and the debut of Tom Felton’s mysterious Julian DornÂ in Season 3 of the show? Let us know in the comments below.