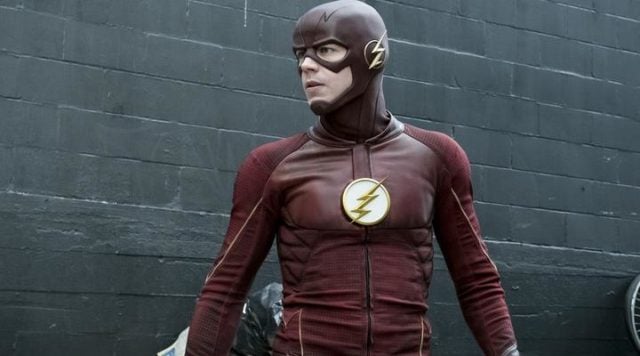 The first season of The Flash ended with the defeat of the Reverse-Flash. Fans know all too well that Harrison is keeping his team in the dark on more than a few important developments. The identity of the bad guy is one of the greatest mysteries yet to be revealed. Everyone who takes an interest has tried to deduce the identity of the villain based on what they believe to be clues. The producers have kept the information close to the vest but fans have come up with their own ideas about who is beneath the Zoom mask.

Here are the top five The Flash fan theories going on right now.

The Flash elevated Earth 2 Harrison Wells to a near do well with his grumpy attitude for starters. Theft from Mercury Labs and not sharing information with the team made some fans speculate that he may be Zoom. This is a popular theory, but some think that it’s not likely because it would be a repetition and a little on the boring side. Others think that Earth 2 Harrison is at a minimum, somehow involved with the villain.

Some fans have turned to the figures Barry holds as fatherly and their Earth 2 dopplegangers. Since Joe guided Barry through his early years and was there for him as he changed into the Flash, this would be a twist that would leave The Flash fans stunned. His Father Henry Allen left quickly after being sprung from prison, but fans developed a theory that could be true and would definitely leave an impression on viewers.

Another popular fan theory is that Earth 1 Jay Garrick may be Zoom. The rationale for this notion is because little is known about Earth 1 Jay. Wells claims that he created Zoom so tere is a clue that he must be from Earth 2. It would be a far stretch for a well known and respected Earth 1 hero to trade places with the Earth 2 version of themselves, but on The Flash, anything is possible.

There is no way to know who Barry’s doppleganger may be. Some fans hold the theory that the Earth 2 Barry may be Zoom. The reason why this theory makes the most sense is that we’ve seen Barry shooting himself in the foot regularly in a figurative manner of speaking. He’s not great at helping himself or improving his position and this is one reason why so many fans think that hid doppleganger may end up squaring off with him. This is one that fans are getting particularly excited about.

5. An unknown nobody knows yet

The fifth fan theory is that Zoom is actually another character that has not yet been introduced to the series. This notion has been shot down by most fans who think that making this move would have little entertainment value when it would be so much more intriguing is it were someone else from the DC Comic world. The other four theories seem more plausible and most fans are hoping that their favorite guess is the correct one.

Fans are intrigued with the mystery built around who is hiding behind the frightening mask of Zoom. There are some great theories out there, but most have their flaws and this make it difficult to guess who the villain might really be. The guessing game will continue until show producers decide that it it time to let the world know.