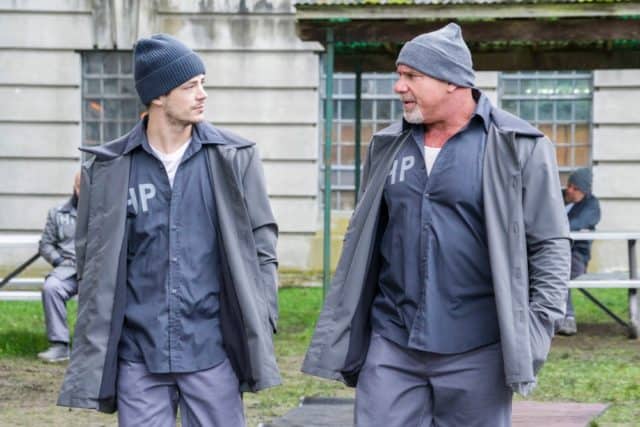 With Barry currently behind bars,Â The Flash has begun to shift a focus on the rest of the team and how they are protecting the city. Without the titular hero, the show can still function normally thanks to so many of the characters being seasoned heroes by now. With Iris, Cisco and Caitlin leading the way, team Flash is going to be alright with the weekly villains. Yet, one of the show’s core concepts is the development of other superheroes. In the past,Â The Flash has followed the development of Kid Flash, Vibe and Killer Frost from new heroes to well-established defenders of Central City. This season, the focus has been on Ralph Dibny, who has been given quite the different type of backstory.

“The Elongated Knight Rises” finally dives into what might be considered the full transition into Ralph’s final step to becoming a hero. The goofy character has been on an interesting redemption story arc this season, and last week’s episode shows that he’s closer to being recognized as a legitimate hero.Â The Flash has established a couple of tropes such as earning a cool suit and receiving your superhero name, which represents how far along a character is in their journey. Dibny has been trying to ditch his old ways but this episode finally puts him in the position of having to step up during Barry’s absence. On the surface, “The Elongated Knight Rises,” is where Ralph finally earns his new suit and superhero name. After stepping up and saving the day, it puts him in front of the press who end up naming him on the news. As for the costume,Â The Flash has once again done a nice job of updating and taking something from the comic books and updating it for television. The Elongated Man’s suit looks very sleek and brings a fresh color palette to the show.

Beneath the surface,Â The Flash has done a nice job of showing how far Ralph has come this season. In the show’s return from the mid-season break, the character provided some important time with Joe, keeping him from making poor irrational decisions to try and help Barry. This week, Ralph fully recognizes the fact that being a hero is about putting the lives of others in front of his own. WhileÂ The Flash has been doing a solid job with Ralph, the episode feels a little back and forth on the development of the character. It’s clear that Ralph is a shallow character, but sometimes watching him try to grasp these basic concepts feels boring and basic. At this point, most people would know that to be a hero means that you’re doing whatever is necessary for the greater good. As a former cop, Ralph had already pursued a career being the civilian equivalent of a hero. He’s fallen from grace and recognized what he gave up in the past.

As the show progresses, it feels like the character takes two steps forward and one step back. In one episode he will seem to recognize the flaws of his past ways and a desire to be better. Yet, in the following week, Ralph will be struggling to grasp a basic concept of what it means to be a hero. The Elongated Man has been a nice addition to team Flash, providing a fun and carefree presence to a darker season; however, the show seems to be going back and forth with his development. Hopefully moving forward things will begin to click a little more for Ralph and the character’s episode based stories will improve.

The Flash has been developing some good ideas so far in season 4, and is entering a crucial period of the season. Building up to the mid-season break, the show had been presenting a great challenge from The Thinker. As the show moves towards the finale in a couple of months, the episodes filling the gap will hopefully begin to ramp up a little bit and start filling in how the team will rise up to beat the antagonist. Having Barry in jail has been an interesting plot development so far, and there is something positive to look forward to with his newfound friendship with Big Sir. However, hopefullyÂ The Flash can do better with how they occupy the rest of the characters.