Home
The Flash
The Flash Season 3 Episode 10 Review: “Borrowing Problems from the Future” 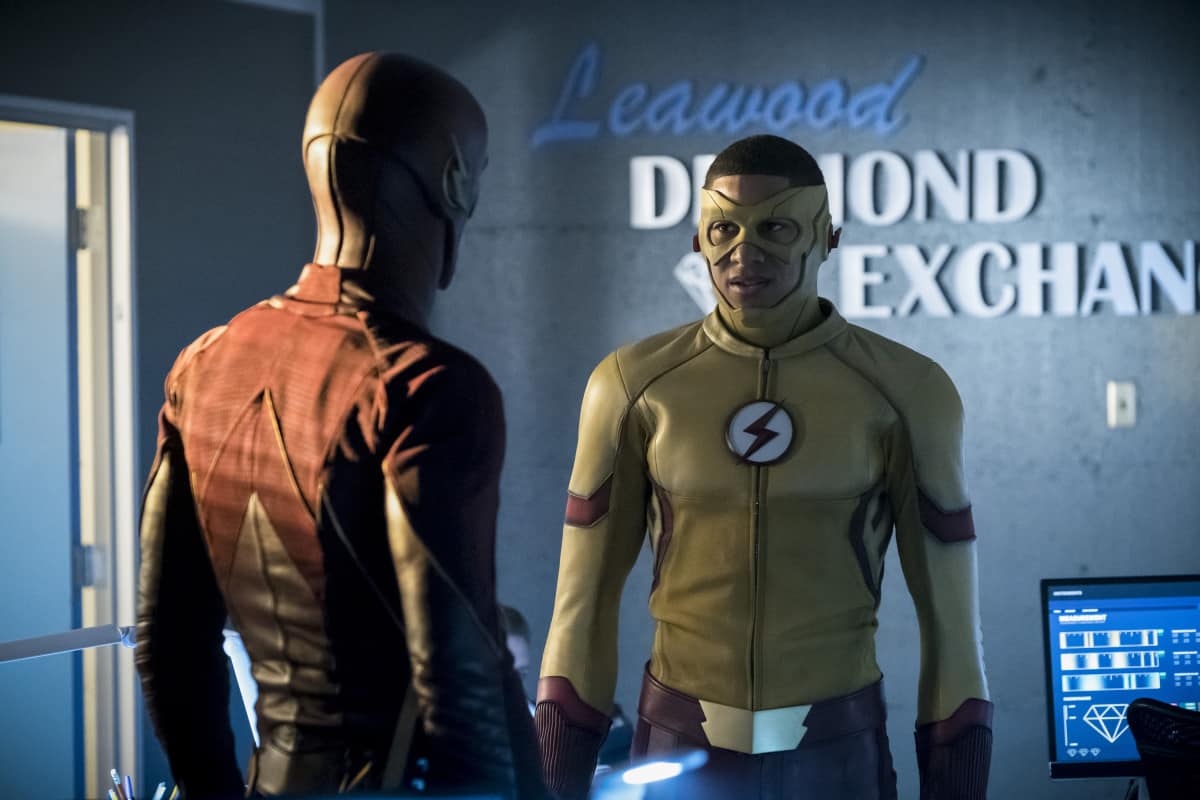 Going into the mid-season break,Â The Flash tackled a bunch of it’s more generic feeling plots while leaving viewers with an extreme cliffhanger. This season the show has struggled with feeling repetitive and more generic than it has ever been before. The show continues to grow in enjoyable moments but sometimes lacks the depth that it originally had. However, maybe season three required a little more time to develop in order to deliver an interesting and fresh conclusion. Last night’s episode, “Borrowing Problems from the Future,” felt like it took things back to basics while also setting up the idea that multiple long-brewing stories might finally be concluded.

Something interesting from the episode is that the main threat is a looming one, not as immediate. Savitar is set up to kill Iris in the future, and while there is a chance to change that outcome, it’s interesting to seeÂ The Flash utilize the speed god as an episodic presence who could possibly never actually return. Savitar is currently dormant with [to the viewer’s knowledge] no way to return, which is something somewhat new to play around with while giving the smaller scale baddies some additional time to shine. The show outlined it’s future and the timeline that will hopefully be changed, but this is whereÂ The Flash will have to successfully step up and fill itself in with unique and fresh storytelling. On the timeline there are the events of future episodes, and the show has the opportunity to have tons of fun with what’s ahead. Certain plots might become more interesting if a portion of the episode is spent playing around with these different outcomes.

Other ideas seem like they truly might be reaching their final chapters. “Borrowing Problems from the Future,” finally incorporates Julian to a full-time member of Team Flash, which gives a lot of hope for a slight switch in the dynamic. It continues to show that the team behind the show is willing to explore new dynamics that include more than another version of Wells from a different Earth (not that that is ever a bad thing!). Along with this,Â The Flash also displayed firsthand what to expect from now having two Flash’s out in the field rather than one. The beginning of the episode highlighted Barry keeping another secret, which goes on to end up making his partnership with Wally awkward out in the field. It felt like the show was trying to say that everything is definitely shifting now that Barry isn’t the only person with powers ready to start operating in the field. Team Flash is going to require a lot more honesty and trust with one another if things are going to continue to operate smoothly.

The second half of season 3 will be a big step for Barry now that the focus is on Iris possibly dying. Although the show’s inability to let the character move on from screwing up the timeline, getting a real glimpse at the future is a new twist on Barry’s involvement with the timeline, which will hopefully be his last. Barry is a character who, at his best, is selfless and caring, and while the character has been lacking these traits, saving the woman he loves will hopefully push him to really begin his transition into a hero who has a mature grasp on his powers and the risk of being a superhero. It doesn’t feel unnatural for Barry to be this emotional and concerned about the situation, which is a sign that he is already taking this seriously and will need to step up and be proactive in order to save the woman he loves. This optimistically presents the idea that there won’t be any wasted time as the show moves forward, and “Borrowing Problems from the Future,” keeps things simple and gets right to the point for what can be expected out of the show this year.

Hopefully all of these signs from last night’s episode are pointing towards a season 3 conclusion that leaves the show in a much more mature place moving forward.Â TheÂ FlashÂ has struggled with it’s balance and growth in the season’s first half but comes back strong with a grounded and simple episode that starts 2017 off with excitement and hope. The show has brought a lot to the table and hopefully it doesn’t begin to feel cluttered and the need to try and juggle too much at once like these shows have done in the past.Â The FlashÂ has always been a fun show but it would really be great to see Barry begin to evolve into a more mature hero. Season 3 has done a nice job of building the character into more of an adult by having him finally move in with Iris and even having to take Wally under his wing in the field, but the season has a big chance to make an important statement about the show’s plan going forward.