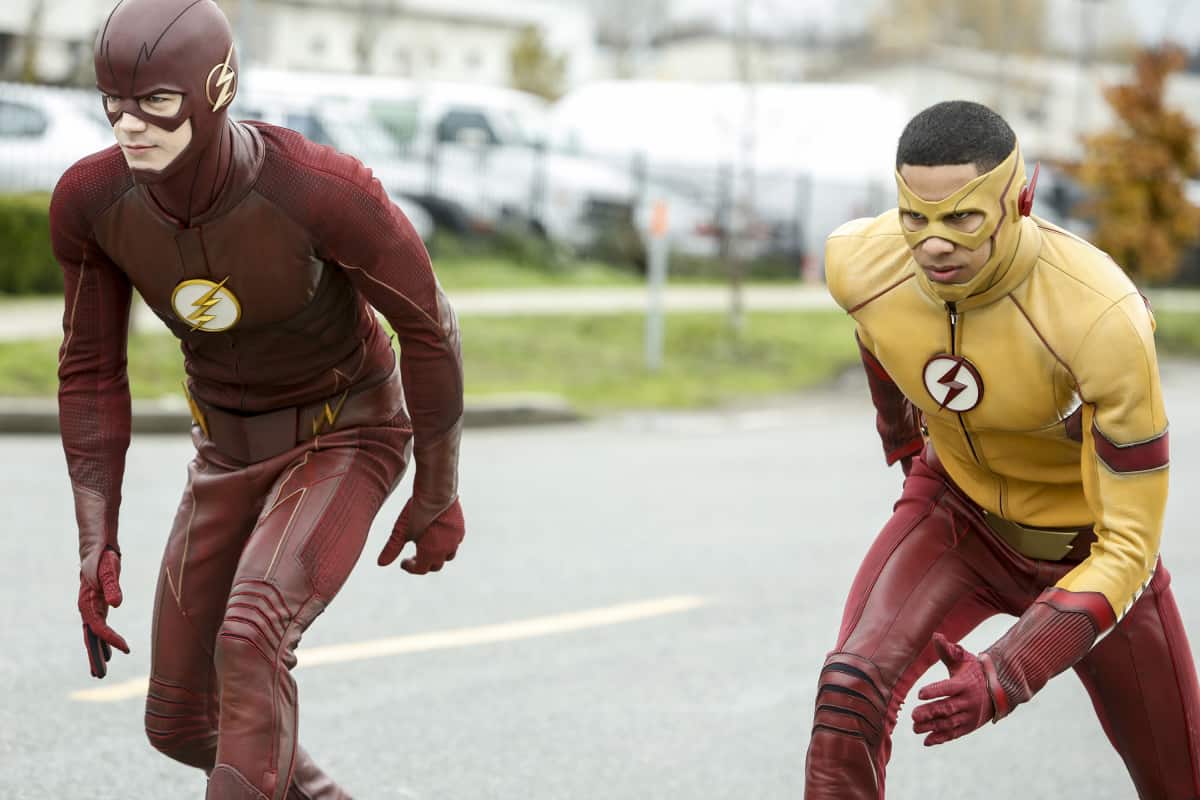 For awhile now,Â The Flash has felt more consistent in what has been a rough season 3 with tons of repeated plots and conflicts. The show felt like it was finding a groove where the characters were acting natural again, the conflicts were fresh and serious, and Barry was back to being the hero viewers loved and missed. Yet, for every two steps forward,Â The Flash feels like it’s taking one step backwards, and last night was a bunch of those all too familiar feelings once again. The show definitely isn’t going terribly downhill, but it just needs to create new conflicts for the characters that don’t push them into repetitive patterns.

“Untouchable,” begins with a really fun opening that focuses on Barry and Wally racing to determine who is the fastest speedster. Thanks to his secret training sessions with HR, Wally has been nothing short of cocky so far in his time as Kid Flash, and there’s nothing wrong with that. Wally has wanted this whereas Barry never asked for powers to begin with, so the two characters are on completely different paths of learning. While Wally has all of the natural ability in the world, he lacks the determination and belief in himself that Barry has when the time calls for it. Yet, this is everythingÂ The Flash has been building towards in this quest to save Iris, and it feels like it will be fun watching Barry grow into a teaching role. Early on in the episode, he’s having a lot of fun with the race and deceptively phases through a building in order to beat Wally, but it definitely communicates that Wally needs to focus more and continue developing his powers.

One of the best aspects of Wally is how he represents the new wave of metahumans compared to Barry. When Barry first received his powers, he never asked for them or expected to be given this large responsibility. The character had to take a much more serious and dedicated approach because he was acting on his own and the only hero in Central City. Wally, on the other hand, comes from a period where Metas are now a part of everyday life in Central City and The Flash is someone that people look up to. Wally was begging for speedster powers, so it’s super appropriate for him to be a showboat and enjoying this transition because it’s something he wanted, and it’s going to be a different path for him to become a mature and serious hero. The dynamic has a lot of potential going forward and it will be a lot of fun for Barry to have to adapt with Wally, which “Untouchable,” revealed last night. The contrast between the characters is nice because it will require both to grow, andÂ The Flash will finally bring back the staple, “Run, (insert name), run!”

Although the show has developed a bright spot for the future, one thing that really took away from this episode was the plot given to Joe. Since Team Flash learned about the potential future, Iris made it clear that she did not want Joe to know about her possible death because he wouldn’t focus on anything else. While it’s admirable for Iris to put her death second, it’s just such a repetitive plot at this point that it carries no weight. For starters, Joe is a part of Team Flash; he has started to appear at Star Labs more than he is at the precinct, he allows Julian and Barry to take critical crime scene evidence with no concern at all and he is the father of roughly half of Team Flash. It was nice for the writing to address that Caitlin and Cisco aren’t at fault because they aren’t as directly family, but Joe has every right to flip out on Iris, Barry and Wally. It begins to get frustrating whenÂ The Flash creates basic and cheap conflict that feels like personal drama created for the sake of filling out the episode. There is absolutely no reason to hide anything from Joe at this point, because everyone has adjusted to the strange and stressful situations that come with metahumans being a part of the world. As Iris discusses in the episode, it will always be shocking and scary to face situations like this, but hiding things in a time when Team Flash needs all the brain power they can gather to create a solution, it’s not a smart or fair choice to hide things. The only silver lining to the situation is that they got this inevitable confrontation out of the way now, and not later.

Despite a few missteps in “Untouchable,”Â The Flash still slides in some great foundation for future stories and character development. While Wally’s cockiness can be annoying at points and feel like the show is milking it, the need for him to step up and save Iris will hopefully propel the character into the perfect balance of wit and fun with seriousness and focus.Â The Flash has been on a great string of episodes, and the confrontation between Joe and Iris was one that was impossible to avoid, so hopefully it can be buried and allow the show to continue to dial in on the juicy stories and great character connections viewers are used to getting.

*Wally has really grown on me, and although I’m not totally sold on Keiynan Lonsdale, he has definitely stepped his game up since finally becoming Kid Flash.

*I really love that they are incorporating Caitlin and Cisco’s powers more and more. It’s clear that saving Iris is going to have to be a team effort, and it will have more payoff because of these small episodic arcs are displaying that they are growing, gaining control and developing their abilities.

*Caitlin and Julian sittin’ in a tree…. just waiting for him to betray the team. First comes lies, second comes deception, then comes Caitlin with temporary depression! – Okay, I really don’t think that Julian is gonna revert into Alchemy or anything, but I just find it amusing how Caitlin, for the third season, has been involved with someone who was aligned with the evil. Also, I apologize if anyone feels offended by my light use of depression, it rhymed, I’m not trying to insult a disease that should never be taken lightly in real life.

*A little weird that Iris didn’t immediately side with Barry in the Flash v. Kid Flash debate and then proceeded to try and lay the groundwork for setting her brother up with their father’s girlfriend’s daughter.

*The Gorilla City event is going to be insanely hype. Jessie and Wells are back, the new characters will get introduced to the super intelligent gorilla, and viewers unfamiliar with the comics will hopefully get to see Grodd in his full glory.