Home
The Flash
The Flash Season 3 Episode 21 Review: “Cause and Effect” 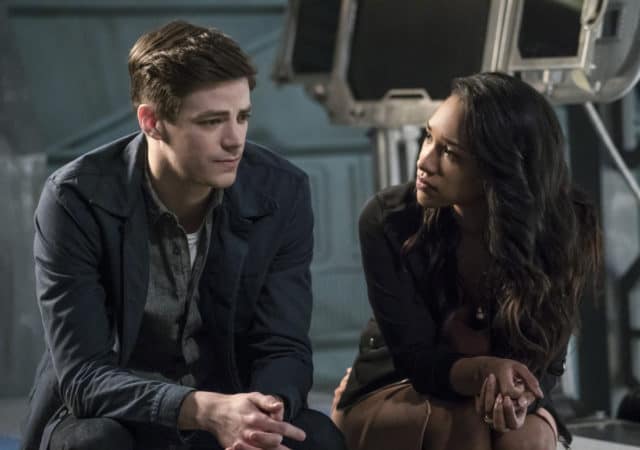 The Flash has been focusing on a lot of large scale “what if” themes throughout season 3. Between Flashpoint, crossovers and now the reveal of Savitar,Â The Flash has really given Barry a lot to think about as he moves forward as a hero. Unveiling Savitar’s identity as a future time remnant stuck in life without any love was an interesting idea, and despite the reveal and build up feeling very underwhelming, the concept at least comes back to the centralized idea that Barry would be nothing without those closest to him in his life.

Flashpoint took a look into how normal and mundane Barry’s life would be had both of his parents survived Reverse Flash’s attack all of those years back. Of course, getting to experience that lifestyle is very exciting to Barry because it’s a feeling and “what if” that he was completely robbed of. Yet, that lifestyle is actually a very boring one, where it feels like Barry is completely wasting his potential and hasn’t done much. He doesn’t have powers, he has no relationship with the West family, his job limits the growth of his intelligence, and most importantly, his parents seem to want him out of the house. Were Barry not experiencing Flashpoint as a dreamlike escape from reality, he wouldn’t be accomplishing nearly as much as he could have been because of the relationships he missed out on that helped him grow as a person.

Last week’s, “I Know Who You Are,”Â finally revealed the season 3 villain’s identity, and presented another idea of how Barry might have turned out, only this time if love was completely removed from his life. Savitar is a version of Barry who essentially has no connection to his parents, family or friends, leaving the character with no help, aid or human connection.Â Despite the whole build up of Savitar being very lackluster, the villain at least continues to run with the same idea that the show has been presenting to this point. That without any type platform to care about a person would be easily pushed towards completely selfishness. Savitar is just a power hungry individual that is unafraid to push everything out of his way to become a god. This is a complete jump from who Barry actually is, but again, is an easily possible what if scenario to explore.

However, Barry and these potential different timelines fall onto a spectrum, Savitar being the most negatively extreme. Last night,Â The Flash took a look at the positive extreme of the spectrum in “Cause and Effect,” which removed all of Barry’s memories. It’s another interesting concept for the show to explore and how it impacts everyone around the main character. Barry, without suffering from the trauma of losing his mother as well as not having to constantly deal with the responsibilities of being the Flash, is really happy. It’s a shame to see how happy and simplistic of a life Barry would have if he could keep all of his current relationships and remove the hardships, but that perfection is exactly why this reality can never exist. It’s heartbreaking to watch Iris eat up this version of her relationship with Barry and discuss how much he deserves this, because as is the curse with all heroes, they have to carry this weight with them.

The Flash presents a very admirable concept in “Cause and Effect,” because it’s a valid way to defeat Savitar. Although the show recognizes the ease in keeping Barry memory-less, the idea also displays how much of an impact Barry has had on each of the characters. All of this, good, bad, Flashpoint, and Savitar, have continued to return to the idea of connection and relationships. While removing the possibility of creating Savitar altogether would save Iris’ life, this would therein leave Central City without a hero, strip Wally of his powers and do more long-term harm to all of the characters. Everything returns to how great of a person Barry is, and while season 3 hasn’t done the best job of giving viewers the character they have fallen in love with, it at least shows thatÂ The FlashÂ would never sacrifice that either.

The Flash is a show that is all about growth, but season 3 has made a bold choice to use an entire season to teach Barry a single lesson. While taking things for granted might seem like something so simple, for Barry it’s been more about accepting the past and moving on with appreciation for everything that has blossomed out of that in his life. While “Cause and Effect” certainly delivers some great emotional moments that can be appreciated,Â The Flash still suffers from spending an entire season on a simplistic lesson.

-Â The Flash is definitely planting the seeds to give fans the best of both worlds with Caitlin, who will most likely become just “Frost” and re-join the team.

– Good Ol’ HR, helpingÂ one of the world’s greatest minds, one kiss at a time.

– Poor Julian, getting destroyed by Killer Frost there. Seriously, the guy has just tried to fit in all season long.