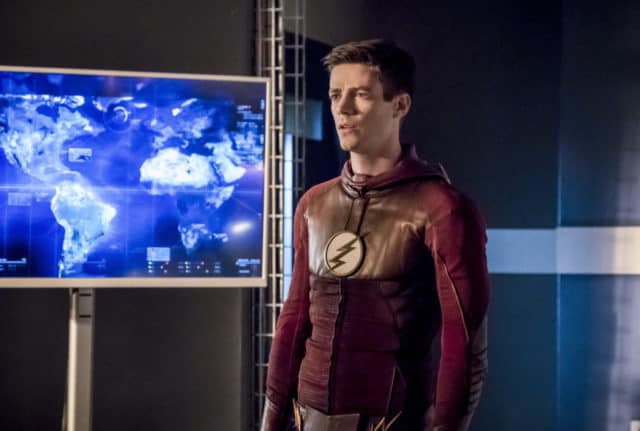 The Flash has been quite the rollercoaster for season 3, pushing Barry into places he never thought he could go. The hero has been all over the place this season but one thing is certain, he’s done it all to himself. The Flash is one of the most laid back and fun characters that DC has to offer its fans, but in season 3, Barry hasn’t always been that lovable and selfless character everyone knows. From Flashpoint to Savitar, the character has done a lot of selfish things this year, which has really come back to haunt him, causing the death of Iris as a result of everything.Â The Flash is not a perfect show, but it has been bold in it’s attempt to send Barry on this season long trip of torture, and while last night’s finale had it’s underwhelming moments, the show finally feels like it has raised the stakes.

Overall, it can be appreciated whatÂ The Flash wanted to accomplish this season by putting Barry’s selfish ways on full display. All of his actions from Flashpoint up through trying to cleverly change the future (plus everything in previous seasons), have mainly been focused on himself. The season has been all about Barry coming to terms that while he’s gotten to experience everything he wanted, it’s going to come at a cost. Everything onÂ The FlashÂ in season 3 has been what feels like a final push to have Barry finally grow up a little bit and finally learn some lessons. One of the show’s biggest flaws is that Barry hasn’t had too much long-term growth since the first season, and the stories are starting to feel repetitive.

For three seasons in a row,Â The Flash has utilized cheap villain build ups and reveals as large reason to keep viewers watching instead of compelling story surrounding it. At first, Savitar was an impressive new speedster who finally seemed to just be flat out substantially faster and more powerful than Barry. The speed god’s mystery was very fun but quickly became the only part of the character that was still super interesting. The show started to drag the idea out longer than it needed to and suddenly had the villain feeling a little lackluster compared to how he started out onÂ The Flash. The problem becomes the more information that is revealed along the way as well as giving viewers more time to think about all of the possibilities, the mystery loses it’s impact.

From a story perspective, it hasÂ The Flash feeling quite boring at times, but the show luckily still nails it’s emotional moments to provide some type of bright spot. “Finish Line,” is chalk full of emotion for positive and negative reasons. The main success is that they managed to save Iris and outsmart Savitar, so Barry can finally relax a little bit knowing she is not destined to die. Along with this, it turns out Caitlin isn’t going to go full Killer Frost either, and while it’s undetermined where the character will go, her friends can at least count on her being safe. There are a ton of changes happening within the show that are going to cause a shift in everything moving forward, but it was nice to see that Caitlin is definitely not going to go fully to the evil side and be lost forever. While Killer Frost is a ton of fun to have around and fills the gap with no Captain Cold onÂ The Flash as much, Caitlin herself is a great character and it would be terrible to see her completely flipped into something new.

Yet, the biggest emotional impact came in the final moments of “Finish Line,” when the Speed Force begins a giant lightning storm that causes mass destruction. It turns out that the Speed Force requires someone to take Savitar’s place in the Speed Force prison that was holding him, to maintain stabilization and balance. This is probably the main thing thatÂ The Flash got right last night, which is what gives the show a ton of hope for Season 4; that Barry recognizes he has to own up to his mistakes and face the penalty for everything he caused this season. While nobody really deserves to suffer and be tortured in this Speed Force prison, Wally and Jay have already sacrificed theirselves for Barry and experienced this terrible place. Barry really needs to recognize what he has done over the years, and that will hopefully have the character return to the show more mature than ever, becoming the hero everyone knows and loves.

It will be interesting to see whereÂ The Flash goes for the fourth season, but clearly Wally is going to have to step up for the early episodes. Hopefully they do have Barry sidelined for a little while because he deserves it and it would be more fun to watch Jay teaching Wally for a bit as well. The show has plenty of other characters to develop, and similarly to Barry, they need to step up and grow into becoming great heroes. Season 3 was nowhere near perfect, but it definitely was packed full of emotion and had tons of great moments. WhileÂ The Flash definitely stumbled in it’s execution, “Finish Line,” leaves the show with a positive outlook on what will hopefully be a fresh and fun season 4.

– Definitely an interesting end to the season here. Wonder if Wally will don the red? Probably a .001% chance of it, but a person can dream.

– RIP H.R. (Confirmed now). Not a genius but the most fun Wells to appear onÂ The Flash so far. Would love to see Harry comeback full time if possible though.

– Jay and Wally were both like…. been there, done that…. your turn Barry, not suffering for you again.

– Someone please enlighten me as to how Black Flash got wrecked so easily….. not really good at his job is he.

– Â Glad we got that single scene of Jay and Wally helping Barry for a quick second… then they disappeared only to show up again right in time for the ending.

– Can’t wait for Caitlin to pop up here and there to help the team only to return as a hero named Frost….