Home
The Flash
Is The Flash Television Show Better than The Comic? 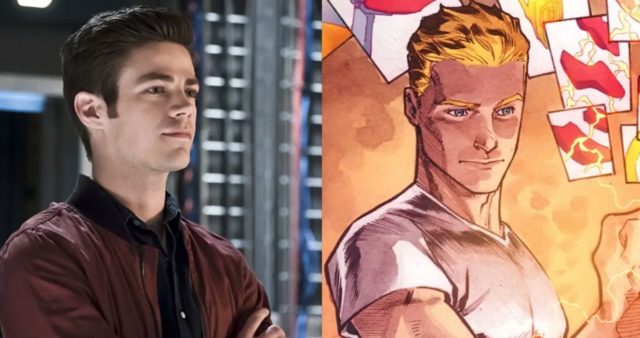 The Flash isn’t a single character so much so as several characters who share the same superhero name as well as similar superpowers. However, no matter the man beneath the mask, there can be no doubt about the fact that the Flash is one of DC’s most popular superheroes. For proof, look no further than The Flash, which started running on The CW on October 7, 2014 and has continued running since that time because it is both a critical and a commercial success. As a result, it is no wonder that some people are asking whether The Flash has surpassed its source material.

Is the Flash TV Show Better than the Comic?

Unfortunately, this is not something with a simple and straightforward answer. After all, Flash comics have been released on a regular basis since the 1940s, meaning that there have been numerous people in charge of them, which in turn, means numerous takes on the superhero.

As a result, it should come as no surprise to learn that there have been less than spectacular Flash comics for a wide range of reasons. For instance, while the Flash has one of the better cast of enemies in comics, he has had his fair share of lackluster antagonists. One example was the Golden Glider, an ex-figure skater with high-tech super-skates that enabled her to skate on air, jewels that could hypnotize people, and rings that could poison people, while another example was Roy G. Bivolo AKA the Rainbow Raider, who turned to super-crime with a pair of high-tech goggles with all sorts of light-manipulation powers because they couldn’t fix his color blindness. Likewise, the Flash has had some ridiculous storylines as well, with an excellent example being his fiancee, Iris West, who was murdered by his lookalike from the future called Reverse-Flash. Except not really because it turned out that Iris was a time traveler from the future who had been sent to the past to shelter her from a war that was being fought, meaning that when her parents found out that she was going to be murdered, they went back in time to change things. Suffice to say that the storyline was every bit as convoluted as it sounds, with not nearly enough narrative payoff to justify its twists and turns.

Given this information, a lot of people might think that it is safe to say that The Flash is better than the source material on which it is based. After all, just having the same people in charge of the TV show means that it is going to have more coherent characters, plot, tone, and mood, which are critical for ensuring the quality of any story that can be told. However, it is important to remember that just as how some Flash comics have been not so good, others have been great. For example, Flash Rebirth is an excellent starting point for people who want to learn more about Barry Allen, the nature of the Speedforce, and the background of Reverse-Flash, which is particularly relevant because it is one of the most influential sources on the TV show. Other suggestions range from FLASHPOINT, which setup the current setting of DC comics, to Flash Vs. The Rogues, which is a collection of stories focused on the Flash’s enemies from the 1960s.

Summed up, it is difficult to say whether The Flash has become better than the comics when the latter has seen so much variation over the decades. Sometimes, the comics have been good to great, while other times, they have been downright terrible. However, so long as The Flash can maintain its quality, it seems probable that it will be hailed as one of the better parts of the Flash in years to come.