Home
Movies
For The Love of God, Please No Happy Gilmore 2 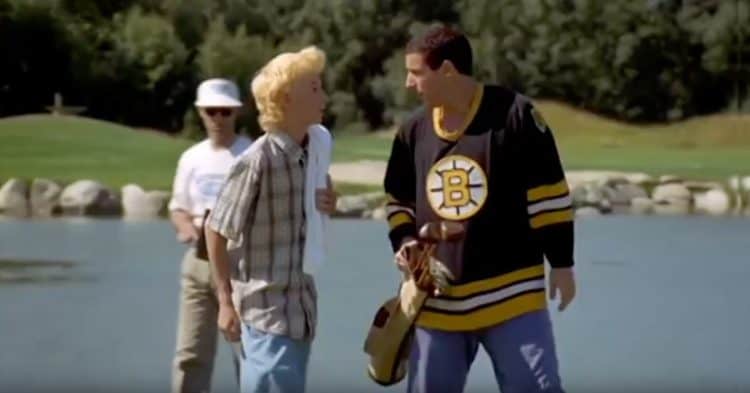 At one time Adam Sandler was considered one of the many man-children in Hollywood thanks to his act and the fact that his characters were all fairly juvenile. He even went back to that type of character, partially, when filming Grown Ups 1 and 2, but that happy medium, no pun intended, between his current man-child days and his full-on crazy days was undoubtedly Happy Gilmore, which still stands as one of the best movies he’s ever made. Why is that? Well, a lot of people could cite a lot of reasons, but one of them is that it was such a great movie considering that it had its cartoonish antics but also a good amount of feeling and real emotion to it, y’know, kind of mixed in with the hilarity. On top of that, the movie ended on such a high note that it almost felt as though it should be left alone and not bothered by a sequel, a reboot, or a remake. Seriously, the day that people start to realize that such things aren’t the answer any longer is going to be a great one, even if it’s not particularly entertaining for a while to come. But speaking of a Happy Gilmore 2, it does sound as though there’s one idea that Sandler actually appears to like, which is dividing fans in a big way.

The idea is to bring back Happy, played by Sandler, and Shooter McGavin, played by Christopher McDonald, to play on a senior tour since there appears to be no reason to think that Shooter would be so disgraced as to be shunned from golf forever. Apparently trying to steal a championship jacket and being pummeled by Happy’s fans wouldn’t be the end-all of his career. But there’s more than one reason to say no to this, and the truth is that it does have a sentimental feel to it since a lot of people still happen to love the movie, Happy Gilmore. In this case, however, it’s the desire to see a happy ending finally stick in a way that doesn’t need to be touched upon again, since there’s no way to know if Julie Bowen would return to play the same part, or if she and Happy would still be together in the movie since like it or not, keeping couples that were apparently happy together in the movies isn’t always a huge priority since people want to intentionally shake things up to make it more realistic sometimes. But a lot of fans would implore Sandler to leave this one alone and stick to making references to his older movies as he continues to push forward with his career, as he did with Hubie Halloween.

In a few ways, it feels as though Sandler is always going to be the big kid whenever he can pull it off, pulling faces and altering his speech pattern just enough to make it clear that he’s playing a different type of character, but Happy Gilmore is one of those that hit the happy medium and didn’t need to be adjusted. A lot of folks are excited to see if the idea he happens to like will take hold, but seriously, making this movie is not necessary, nor is it that great of an idea since it’s a risk. The first movie saw Happy doing what he could to save his grandmother’s home, meaning there wasn’t a lot of ego in the game for Happy, at least until Shooter made it personal. Once that happened the goal didn’t change, but as Happy became progressively better at the game things continued to heat up, even as he kept his cool and beat Shooter at his own game. That was the kind of development that drove this movie and it’s hard to imagine what Happy would be fighting for this time around unless the contest was somehow made personal again, which would in effect be another version of the first movie. One idea could be that he and Shooter have finally reconciled and there’s someone else that is bothering both of them, but that still sounds a bit canned and stale. Whether it’s a popular thought or not, leaving Happy Gilmore without a sequel feels like the best idea considering that it ended so well and there’s no need to bother pulling the story up again.

Whether or not it happens really depends on Adam Sandler apparently since McDonald is all for it and has even said so. At this point in Hollywood though it would appear that some folks might really need to take a step back and realize that sequels and aren’t always as necessary as they think and it’s about time that someone finally realizes that not every movie idea needs to be revisited when there are so many different ideas and perspectives out there.