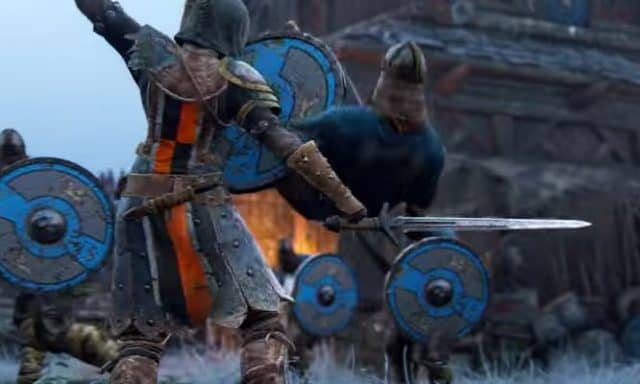 For those not familiar with For Honor, it’s an action fighting game developed and published by Ubisoft for Microsoft Windows, PlayStation 4, and Xbox One. The game features a melee combat system described as “The Art of Battle” by the developers and allows players to play the roles of historical soldiers such as medieval knights, samurai, and vikings within a medieval fantasy setting.

The game was originally announced back in 2015 and is finally set to go live in just a week.Â Â  In anticipation of the upcoming game, the show “Man at Arms” which features Mark Dacascos decided take a closer look at one of the more popular swords in the game.Â Â Â  The Nodachi Katana sword is a Samurai weapon that’s used in the game and it has a unique, classic looks.Â  If you’re interested in swords then you’ll love this.Â  The guys at “Man at Arms” decided to do a real life replication of the sword:

Every other Monday, our team of blacksmiths and craftsman build some of your favorite weapons, and some weapons that you’ve never seen before. This week, the guys at Baltimore Knife and Sword take on the Nodachi Katana Sword based on the game “For Honor“