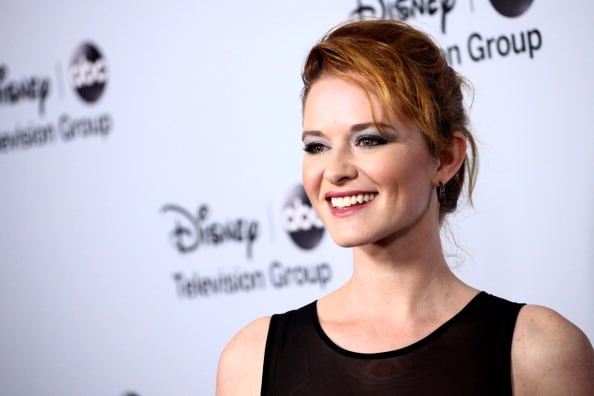 In three weeks we will be saying goodbye to the FOX series Glee. The musical comedy drama was a ratings hit for the network when it premiered after an episode of American Idol back in May of 2009. The first season of Glee was well liked by critics and the series received 19 Emmy nominations. That first season also introduced fans to the talented Lea Michele, Chris Colfer, and Cory Monteith. Over the next several seasons, the fans started drifting away from the series. A lot of that can be attributed to the drastic casting changes that took place during the series’ fourth and fifth seasons, and the tragic death of Monteith in July 2013, which left a major hole in the main cast that no one could ever replace. Throughout its six seasons, Glee has had countless different characters come in and out of the show, and for some of them, it almost seems as if the series forgot they existed at all. Here is a look back at the characters from Glee Season 1 that were introduced and then disappeared not too long after, hardly ever to be mentioned again.

The character Matt Rutherford first made an appearance on Glee in the show’s fourth episode entitled, “Preggers.” In this episode, Kurt tries out for the football team in order to impress his dad. He ends up teaching the football team dance moves in order to help them with their coordination. Matt enjoys the dance lessons and decides to join the glee club along with Noah Puckerman and Mike Chang. He was shown quite regularly during the first season but would only have two lines, though he did sing background vocals for many songs including “Another One Bites the Dust” and “Safety Dance.” Aside from being on the football team, Matt also played basketball. He was even a potential one night stand of April Rhodes when she briefly went to McKinley High School. Matt’s final appearance on Glee would be the Season 1 finale, “Journey.” It was revealed in the Season 2 premiere that Matt had transferred to a different school, which would be the reason many other characters would vacate the series over the years. Matt was played by Dijon Talton. He will make an appearance in the Glee series finale that will air on March 20th.

Before Coach Beiste arrived at McKinley High in order to whip the football team into shape, there was coach Kenneth Tanaka. His first appearance on Glee was in the show’s pilot. Ken was deeply in love with Emma Pillsbury and would ask her out on several dates. She would finally agree and the two would end up becoming engaged. He was disgusted about the clear attraction that Emma had for Will Schuster and would eventually make Emma have to decide between himself and the glee club by having their wedding day be the same day as Secitonals. Emma decided to choose the glee club, which infuriated Ken. His final appearance on the series would be in the seventeenth episode of Season 1 entitled, “Bad Reputation.” In this episode, Quinn creates the Glist, which ranks the glee club members on how many people they have slept with so far. This is also the episode that Ken confronts Will about cheating on Emma. Ken Tanaka was played by Patrick Gallagher. Since Glee, Gallagher has appeared on episodes of Suits, Entourage, and Psych. He is good friends with Grey’s Anatomy actress Sandra Oh.

Sandy Ryerson was the local drug dealer in Lima, Ohio and had been known to supply the students and faculty of McKinley High School with drugs. His first appearance on Glee was in the pilot episode. He was the glee club advisor until Rachel Berry turned him in for inappropriately touching a male student. Since he was no longer able to teach, Sandy decided to deal drugs. Will would eventually form an all male singing group called the Acafellas. The group consisted of himself, Ken Tanaka, Puck, Finn, Howard Bamboo (Teri’s co-worker at Sheets-N-Things), Henri St. Pierre (Shop Teacher), and Sandy. Sandy was expelled from the group because everyone was creeped out by him. He later became the head of the Arts Department and his first order of business was to select Rachel for the lead in the school play, which would thus make her quit the glee club. Sandy ended up taking the role away from her, saying he would play the lead himself, which got him fired from McKinley High once again. His last appearance on the show was during the second season. Sandy is played by Stephen Tobolowsky, who has also appeared on Law & Order: Special Victims Unit, The Mindy Project, and Californication.

You may not recognize the name, but you definitely know this character by his actions. Azimio Adams was a football player and best friend of Dave Karofsky. His first appearance on Glee was in in the Season 1 episode, “Mash Up.” Azimio’s claim to fame on the series is being the one to regularly throw slushies in the glee club members faces. Over the course of the first season, Azimio threw slushies at Finn, Mercedes, Rachel, Kurt, and Quinn. He would continue to appear on the series through the third season. His final appearance would be in the Season 3 episode, “Asian F.” He, along with the rest of the football team, is forced to dance in the high school’s production of West Side Story. Azimio is played by James Earl III. He currently stars as Derrick in the comedy Ground Floor.

You most likely do not remember the Glee character Suzy Pepper, as she only made one appearance on the series during the first season. She was a senior at McKinley high school and had a huge crush on Will Schuster. The crush would turn into her having stalker-like qualities towards her teacher. Suzy appears in the Season 1 episode “Ballad.” This is the episode in which Rachel develops a crush on Will, and he remembers how he had to gently turn down Suzy, making her so upset that she ate the world’s hottest pepper. Suzy is played by Sarah Drew, who is currently playing Dr. April Kepner on Grey’s Anatomy.

Who is your favorite character from the first season of Glee? Let us know in the comments section below. 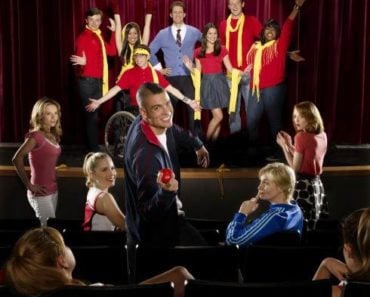 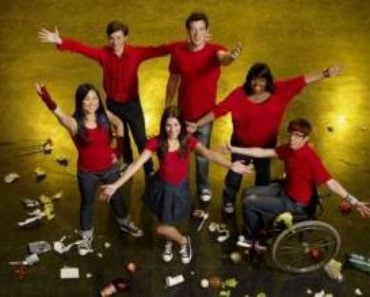