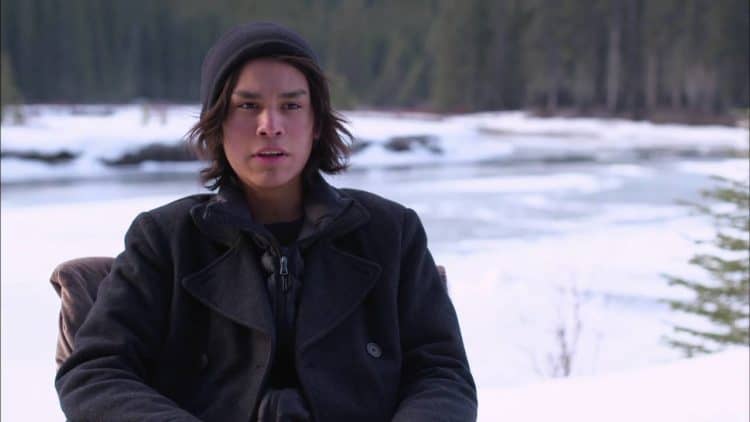 From the moment Forrest Goodluck decided that he wanted to get into acting, it was clear that he was working with some serious talent. His creative abilities easily showed in everything he did and he put in a lot of hard work to gain access to important opportunities. Now, in 2021, Forrest is on the brink of becoming a mainstream star. He earned a significant role in the CW series The Republic of Sarah, and it’s given him a chance to share his talents with a large audience. On top of that, he has another role in an upcoming movie called Snowblind that will likely help him establish himself even further. Here are 10 things you didn’t know about Forrest Goodluck.

Forrest was born and raised in New Mexico and he comes from a very diverse indigenous background. His father is a member of the Navajo tribe and his mother’s ancestry consists of several tribes including Hidatsa and Mandan. Forrest is very proud of his roots and looks forward to providing representation through his work.

2. He’s Not Into Social Media

As a young up-and-comer in the entertainment industry, most people would probably assume that Forrest spends a lot of time on social media. That couldn’t be any further from the truth, however. At the moment, he doesn’t appear to have any verified social media accounts.

Despite still being relatively early in his career, Forrest has already gotten a lot of cool opportunities. In 2020, he voiced two characters in the video game Tell Me Why. This is his only voice acting credit to date, but it’ll be interesting to see if he does more voice work down the line.

4. He Started Acting In Middle School

Forrest didn’t exactly grow up with plans of becoming an actor, but by most people’s standards, he fell in love with the craft at a young age. He was in sixth grade when he made his acting debut in a school production of A Charlie Brown Christmas. He even landed his dog a role as Snoopy.

Lately, most of the attention Forrest has been getting has been for his work as an actor. However, he’s also established himself as a force to be reckoned with behind the camera. He made his directorial debut in 2018 with a short film called Devon’s Forrest. He did another short film in 2019 called A Walk in Beauty. There’s no doubt that Forrest is going to do even more filmmaking in the years to come.

6. He Knows Some Cool Card Tricks

Forrest’s introduction to performing actually came in the form of magic tricks. When he was younger, his grandfather taught him card tricks and Forrest used to love showing them to people. Eventually, his interest in performing evolved into wanting to tell stories.

7. He Often Decides On Roles Based On The Director

Most actors select their roles based on a good story or an interesting character, but that isn’t Forrest’s method. When it comes to figuring out which projects he wants to be a part of, Forrest told The Guardian, “I mainly focus on directors. Every actor tells me to find a powerful script or a powerful character. I don’t really buy into that.”

8. He’s Worked With Some Of The Biggest Names In Hollywood

Working with acting legends is something that all newcomers dream of, but for many, those opportunities can take years and years to gain access to. Forrest is fortunate that he’s already gotten to work with some heavy hitters. Some of the people he’s acted alongside include Leonardi DiCaprio and Tom Hardy.

9. He Was Accepted Into Stanford

There’s no one way to pursue a career as an actor, and this is something that Forrest has learned throughout his journey. After high school, he was accepted at Stanford University. While some sources say that he attended the school in the fall of 2018, others say that he deferred his enrollment. We were unable to verify which piece of information is accurate.

10. He Has A Supportive Family

Acting can be a very unstable profession. As a result, there are lots of parents who would much rather their kids follow a traditional path. While they mean well, this mindset can come off as unsupportive. Forrest, however, is lucky to come from a family that has always supported his creative admirations. They have stood by him every step of the way and continue to cheer him on as his career reaches new heights.