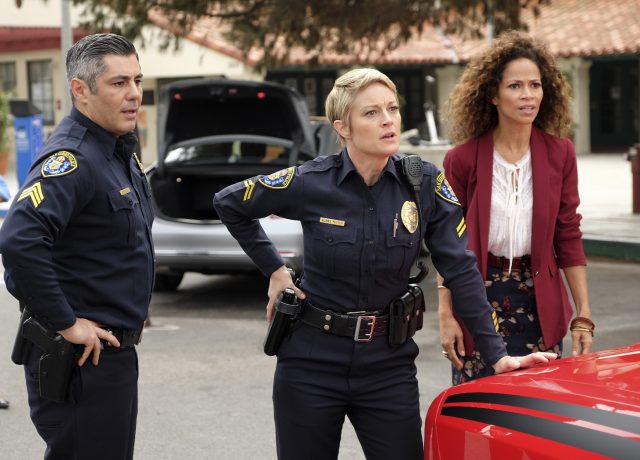 It’s been a long wait, and tonight The Fosters Season 4 premieres on Freeform. Almost immediately the family we’ve come to love with be thrown into emotional and physical turmoil, and the effects will be long-lasting. A personal confession will devastate the family, while a potential school shooting will be sure to be emotional in the aftermath of the recent massacre in Orlando. Bring your tissues, it’s going to be a stressful episode.

When we left The Fosters at the end of Season 3, Callie finally confessed to her moms that she and foster brother, now adoptive brother Brandon, had been in a secret relationship. Moms Lena and Stef had no idea, so the fallout will be immediate. Before the moms have time to react, they will have to deal with a much more serious situation. In the final minutes of the Season 3 finale, Mariana’s boyfriend was seen sitting in his car outside the school with a gun.

The school will go on lockdown almost immediately in the the Season 4 premiere, but it’s not clear if anyone is aware of who the gunman is, and by the look of the previews, it seems that Nick will have a one-on-one confrontation with Mariana. For those who don’t remember, Nick believes that Mariana has been cheating on him with her ex and is leaving him. Mariana is the one person who has believed in Nick, so the perceived betrayal pushes him over the edge. Because Nick is unstable, Callie’s confession will take a backseat at least for a portion of the premiere, but it will surely affect The Fosters family forever.

Check out the previews below for tonight’s premiere, including Stef and Lena’s initial reaction to their daughter’s truth.

Tune in tonight for the Season Premiere of The Fosters.