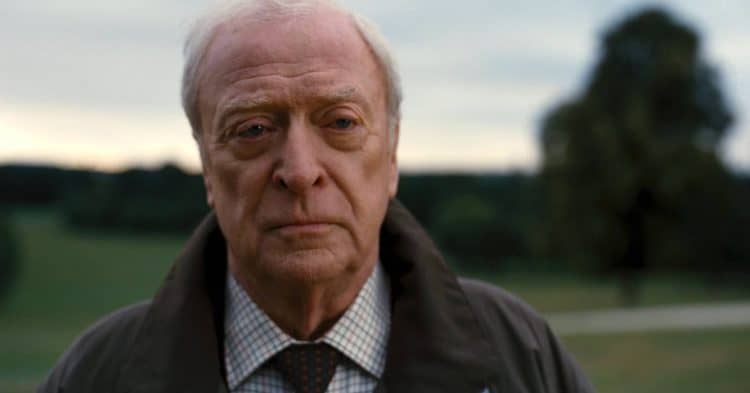 Michael Caine is a generational actor who belongs to no one generation. He is a six-time Academy Award nominee and a twice-time winner. Along with Jack Nicholson, he is one of two actors to be nominated for an acting Oscar in every decade from the 1960s to the 2000s. With over 70 years in show business, Caine is not only still working; he is currently enjoying some of his greatest success. Sadly, the true scope of Sir Michael’s excellence has not been embraced by the current generation. For most millennial movie lovers, Caine will be known simply as Austin Powers’ dad or Bruce Wayne’s butler. But ironically, the millennial generation is more familiar with the work of Michael Caine than they know. This is because some of his most classic films have been big budget, modern day remakes. The tragedy is that the remakes fall far short of the Caine originals. Here are four regrettable remakes of iconic Michael Caine films.

So what’s it all about? Alfie, first released in 1966, stars Michael Caine as the charming and shameless lothario chauffer. Alfie was nominated for five Academy Awards including the famed Bacharach & David song. The infamous role gave Caine his first Oscar nomination for Best Actor and put him on a superstar trajectory. The film itself was groundbreaking because not only did it lend a sense of morality to the hedonistic swinging 60s, it also broke down the fourth wall by directly addressing the audience. The original film retains a Rotten Tomatoes score, based upon aggregate critic reviews, of 96 out of 100.

Alfie was remade in 2004. The second iteration stars Jude Law as Alfie. Neither the film or Law stack up to the original. As film critic Cole Smithey stated, “Even Michael Caine’s career would have gone nowhere if he had made this version of ‘Alfie’”. The remake is vastly uninspired compared to its inspiration and fumbles along because it tries too hard. Because the times in which it was made were vastly different from the original, the ideology feels forced. Rotten Tomatoes deems the 2004 Alfie an “unnecessary remake” that gives “audiences a romantic comedy that isn’t romantic or funny”. The remake registers a score of 48/100. The original film was groundbreaking; the remake never gets off the ground.

The 1969 robbery film is a fun ride and the archetype for the premiere group caper. Dripping with 60’s English swagger, Caine stars as the charismatic leader of a hip band of thieves. Filled with awesome Mini-Cooper car chases and impressive action sequences, The Italian Job is entertaining and witty with Sir Michael representing the best of both. Caine’s original holds a Rotten Tomatoes score of 83%.

In 2003, The Italian Job was remade with Mark Wahlberg stepping into Caine’s lead role. Although aided by an impressive cast that includes Edward Norton, Charlize Theron, Jason Statham and Donald Sutherland, the modern day “homage” does not possess the unfiltered brashness that distinguishes the original. The absence of Caine’s raw cockney cool is certainly felt. It was reported that Norton only did the film to fulfill contract obligations and avoid a lawsuit. Of the 2003 version, film critic Peter Bradshaw stated, “Memories of the 1960s caper classic are obliterated by this pointless remake, which uncomprehendingly salvages a few elements from the original”. It features a great crew and a Rotten Tomatoes score of 73%, but the latter Italian Job feels like a rush job compared with the Caine crew.

As the vicious gangster Jack Carter, Michael Caine is ruthless, electrifying, and beautifully brutal. He is out for blood in a coldblooded quest for revenge against those responsible for the death of his brother. Harsh, gritty, and unapologetically gruesome, the 1971 English landmark is quite literally bloody satisfying. The film serves as a foundation for the fantastic British gangster genre that includes “The Long Good Friday”, “Layer Cake” and Guy Ritchie’s movies. Rotten Tomatoes describes the Caine classic as “Darkly entertaining and tightly wound” and scores it 84/100.
Sylvester Stallone takes on the title role in the 2000 remake which trades in the callous British underworld for the seedier side of Seattle. As Carter, Stallone lacks the sadistic passion that makes Caine’s turn so appealing. American film critic James Sanford describes Sly as “sleepwalking his way through a stillborn crime drama that belongs in a morgue, not in a movie theater”. With a rich cast that actually includes Caine playing another character, this remake should be better but feels uninspired. The 2000 version certainly includes its share of carnage but it exists as stylized scenery as opposed to violent necessity that serves the narrative. Of the remake Seattle based film critic Mark Rahner states “It’s been shorn of all the edginess and seedy, unsentimental plot elements that made the original a revered cult classic”. Characterized by Rotten Tomatoes as the “rote, middling remake”, the 2000 film garners the lowest score of any Michael Caine remake at just 12%.

Sleuth is a tense story of cat and mouse between a brilliant thriller writer (Laurence Olivier) and the younger hair salon owner (Caine) who is having an affair with his wife. Jay Cocks of Time Magazine describes the 1972 film as “a fastidious, acrobatically cunning and invigoratingly well-acted thriller”. It is a mysterious, mind-bending battle of wits and perhaps the only element better than the twists and turns is the exceptional acting. Both Olivier and Caine were nominated for the Academy Award for Best Actor for the film, losing to Brando’s Vito Corleone. Of the two phenomenal lead performances in Sleuth, critic James Berardinelli states, “Both are so good that there’s not a moment when we wish for someone else to interrupt their duel”. Nominated for a total of four Academy Awards, Sleuth endures as a classic and sports a near perfect Rotten Tomatoes score of 96/100.

Sleuth was remade in 2007. Unfortunately, it was with a lesser screenplay and a big budget that tries to counteract a lackluster onscreen rivalry. As with Alfie in 2004, Jude Law embodies the original Michael Caine role and interestingly, Caine stars in the part originally played by Olivier. However, Caine’s paring with Law is nowhere near as dynamic as his clash with Sir Laurence 35 years before. Neil Smith of the BBC recounts, “No amount of visual flourish, sadly, can compensate for the woeful lack of chemistry between the leads”. The premise for the remake is the same but does nothing to improve upon the original version. The result is bits of feeble attempts to capture the original film’s incendiary repartee. Whereas the strength of the 1972 film resides in its suspenseful psychological warfare and the ability by the actors to flawlessly deliver that tone, the 2007 version comes across more like a caricature of a Hitchcock film. Critic David Stratton is fairly concise regarding the remake; “Fans of the original should stay away”. The remake of Sleuth scores a very unimpressive 36/100 on the Tomato meter.
It seems that not even Michael Caine’s brilliance is enough to save the remakes of his films. Of course, it was a mistake to try to reproduce Michael Caine’s brilliance in the first place.