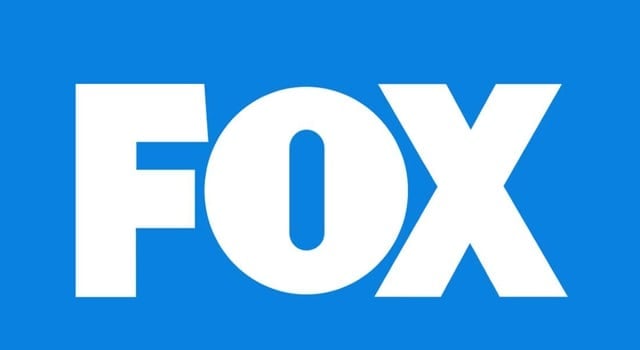 With the 2015-2016 TV season now officially over, it’s time to get ready for the 2016-2017 one instead as we have both new and old shows this fall on all the networks. Today, FOXÂ was the next networkÂ to announce their fall premiere dates for old favorites like Gotham, Lucifer, Scream Queens, New Girl as well as the arrival of new projects like Lethal Weapon, Pitch, The Exorcist and Son of Zorn.

“Widely regarded as the greatest horror movie ever made, “The Exorcist” broke box office records and terrified audiences around the world. Now, more than four decades after the Academy Award-nominated film, THE EXORCIST returns as a TV series. Directed by Rupert Wyatt (“Rise of the Planet of the Apes”), THE EXORCIST is a propulsive psychological thriller following two very different priests tackling one family’s case of horrifying demonic possession. FATHER TOMAS ORTEGA (Alfonso Herrera, “Sense8,” “The Chosen”) is the new face of the Catholic Church: progressive, ambitious and compassionate. He runs a small but loyal parish in the suburbs of Chicago. He has no idea that his quiet life is about to change forever. Meanwhile, on the other side of the world, another priest finds himself locked in a life-and-death struggle with evil. FATHER MARCUS BRENNAN (Ben Daniels, “Flesh and Bone,” “House of Cards”) is a modern-day Templar Knight, an orphan raised since childhood by the Vatican to wage war against its enemies. Father Marcus is everything Father Tomas is not: relentless, abrasive and utterly consumed by his sacred mission. Caught in the middle is the RANCE family, members of Tomas’ parish. On the surface, they’re a normal, suburban family, but all is not as it seems in this household. The patriarch, HENRY RANCE (guest star Alan Ruck, “Spin City,” “Ferris Bueller’s Day Off”), is slowly but surely losing his mind. Eldest daughter KATHERINE (Brianne Howey, SCREAM QUEENS) has become a recluse who refuses to leave her room. Her younger sister, CASEY (Hannah Kasulka, “The Fosters”), thinks she’s hearing strange noises coming from inside the walls.Â  And mother ANGELA (Academy Award and Golden Globe winner Geena Davis, “Commander in Chief,” “Thelma & Louise”) has been plagued by recurring nightmares, each more frightening than the last. Angela believes there is something in the house, a demonic presence, growing stronger by the day. Desperate, she begs Father Tomas for help, unwittingly setting the naÃ¯ve young priest on a collision course with Father Marcus. Separately, each faces an insurmountable task, but together they become the only hope against an evil force that has been mobilizing for centuries.”

“Combining action and drama with friendship and humor, LETHAL WEAPON reboots the hit movie franchise, as it follows classic cop duo Riggs and Murtaugh, who are working a crime-ridden beat in modern-day Los Angeles.Â Grief-stricken after the loss of his young wife and unborn child, ex-Navy SEAL-turned-detective MARTIN RIGGS (Clayne Crawford, “Rectify”) moves to California to “start over” at the LAPD. He’s paired up with ROGER MURTAUGH (Emmy Award nominee Damon Wayans, Sr., “My Wife and Kids,” “In Living Color”), who’s just coming back to the job after a near-fatal heart attack. Riggs’ penchant for diving headfirst into the line of fire immediately clashes with Murtaugh’s prudent, by-the-book technique. It’s clear from the moment they meet, this partnership could be lethal. But during their first case together, Riggs drags Murtaugh on a high-speed chase culminating inside the Long Beach Grand Prix and into a seaport shootout with drug dealers — and despite his protests, the older cop feels more alive than he has in years. Meanwhile, Riggs gets a glimpse of why Murtaugh is so determined to get home safely at the end of each day — he’s got a family and a newborn baby of his own. By the time their investigation ends, Riggs realizes he may have found something worth living for — a partner and friend like Murtaugh. And even Murtaugh figures this arrangement might just work out after all. If only Riggs doesn’t get them killed first…”

About SON OF ZORN:

“Featuring the voice of Jason Sudeikis (THE LAST MAN ON EARTH, “Horrible Bosses,” “We’re the Millers”), SON OF ZORN is a new hybrid live-action/animated comedy about an animated warrior from a faraway island in the Pacific Ocean — where everything and everyone is animated — who returns to Orange County, CA, to win back his live-action ex-wife and teenage son. ZORN (Sudeikis), the Defender of Zephyria, Conqueror of the tribes of Agon, decapitator of the dark herdsmen of Grith, has fought in countless epic battles throughout his life, but may find the greatest challenge of all when travels back to suburbia to reconnect with his family. Once there, Zorn finds himself estranged from his son, ALANGULON or just “Alan” (Johnny Pemberton, “21 Jump Street”), a 17-year-old with a mellow, P.C. attitude; and Alan’s mother, Zorn’s ex-wife, EDIE (Cheryl Hines, “Curb Your Enthusiasm”), a former wild child now living the life of an upper middle class mom. Zorn’s efforts to win them back are complicated by the fact that Edie is now engaged to CRAIG (Tim Meadows, “Saturday Night Live”), an online psychology professor and a stable presence in their lives. Nevertheless, to be a good dad, Zorn commits to remaining in Orange County for the long haul, renting an apartment and even working in the exciting field of industrial soap sales under his boss, LINDA (Artemis Pebdani, “Scandal,” “It’s Always Sunny in Philadelphia”), who likes his passion, but just wants him to rein it in at the office. As he adjusts to life in the suburbs, Zorn is the classic fish out of water, navigating his way through fatherhood, divorce and a boring office job. Sure, as an overlord of pain, he defeated glombeasts, wolf-bats and bloodthirsty arachnobots, but now he’ll go toe-to-toe with a new set of enemies: meter maids, dress codes and the DMV.”

“From executive producers Dan Fogelman (“Cars,” “Crazy, Stupid, Love.”) and Rick Singer (“Younger,” “American Dad”), PITCH is the dramatic and inspirational story of a young pitcher who becomes the first woman to play Major League Baseball. A beautiful, tough and gifted athlete, GINNY BAKER (Kylie Bunbury, “Under The Dome”) is vaulted into instant fame when she’s called up by the San Diego Padres to make her Major League debut. Like any rookie, Ginny must prove herself to her teammates. Foremost among them is MIKE LAWSON (Mark-Paul Gosselaar, “Franklin & Bash,” “NYPD Blue”), the team’s ruggedly handsome star catcher. There’s instant chemistry between them, although neither dares admit it. After all, Mike is captain of the team and a few of his players don’t even want Ginny on the field. One of the players watching Ginny’s back is center fielder BLIP SANDERS (Mo McRae, “Sons of Anarchy”), an old friend from the minor leagues. Guiding her is her agent/confidante AMELIA SLATER (Ali Larter, “Legends,” “Heroes”). Amelia saw Ginny’s star potential early on and left her previous job as a Hollywood publicist to concentrate on the young phenom. Although groomed for this moment by her demanding father, BILL BAKER (guest star Michael Beach, “Sons of Anarchy”), the end of Ginny’s improbable journey is the beginning of an almost impossible one: representing her gender as she embarks on a successful baseball career under the glare of the white-hot media spotlight. It’s a goal hard enough for anyone to achieve — except this player is also a woman, who happens to be the most important historical figure in sports since Jackie Robinson. This season, Ginny Baker will be the other woman trying to break into one of the oldest, most exclusive men’s clubs in the country.”