Home
24
Fox Is Interested in Doing More Seasons of 24 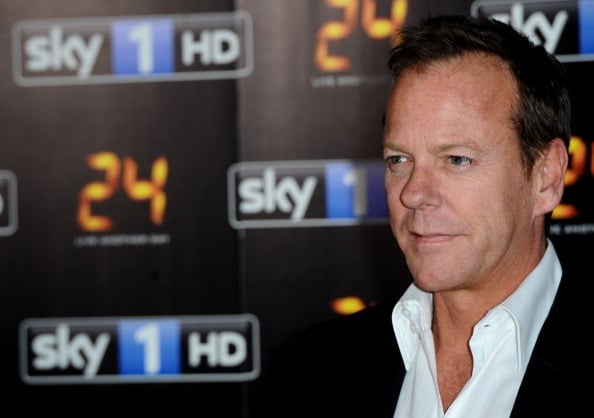 This weekend, at the TCA summer press tour, Fox Networks Group Chairman and CEO Peter Rice had a lot to say about many Fox’s series. Most interesting, however, is that Rice said that Fox is interested in doing even more seasons ofÂ 24.

“I loved this year’s season of 24,” Rice said to reporters. “I’ve always been a fan. We haven’t had a specific conversation about it coming back yet, but I’m sure we will in the future. It’s a wonderful franchise. When you look at the show itself, it has many more stories to tell. I think we need to sit down and talk to the creators.”

It would seem then that, according to Rice, if Kiefer Sutherland, Howard Gordon, and company want to do another season ofÂ 24, then it’s guaranteed that we would get one. The only question is, if this does happen, when will the series return?

Rice’s comments come afterÂ 24Â just wrapped up its 12-episode, limited series season,Â 24: Live Another Day, which premiered back in May, four years after the show finished its original run, and ran as a summer event series. Many critics and fans of the show (including myself) found this season ofÂ 24Â to be one of the show’s best. Between streamlining the season’s story over 12 episodes instead of 24 of them (thereby cutting out a lot of filler), adding in strong new characters like Yvonne Strahovski’s Kate Morgan, and still allowing for Jack to be Jack, although he was doing his thingÂ in London this time instead of anywhere in the U.S.,Â 24: Live Another DayÂ reclaimed a lot of the excitement, intensity, and entertainment of the show’s earlier seasons.

Here’s hoping that we’ll see Jack Bauer again on TV sometime very soon. It’s only been a week, and I already miss him.