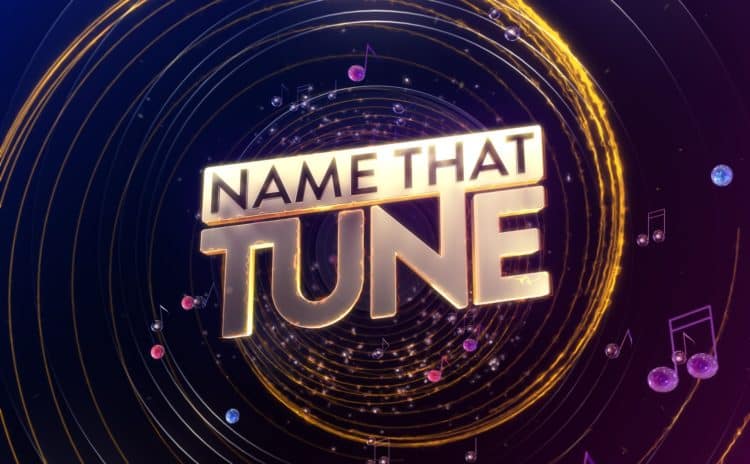 Just how solid is your music knowledge? Quite a few people are bound to at least recall if not remember entirely that this show aired decades ago and was brought back for a second stint before starting and failing a couple of times before now. With Jane Krakowski and Randy Jackson, it’s being given another chance to entertain folks as it’s coming back with a slightly different format and the chance to win big for a lucky, or skilled contestant that knows their music and can last until the end of the game. One has to wonder if it’s just a natural progression to keep bringing old ideas back or if the pandemic has something to do with it since there have been talks of a lot of older ideas being redone, rebooted, and given new life as of late, and it’s likely that there will be plenty more to come in the days ahead. But a show that’s going to test the contestant’s ability to name whatever tune might be used for that particular episode, it’s likely that the show will either be staged or scripted or be seeking to pull from common knowledge the types of songs that most people will know. When a person thinks of the overwhelming number of songs are out there to pick from it’s easy to assume that this kind of a game could be stacked in the favor of one contestant or another, or be completely beyond any contestant that doesn’t have a broad knowledge of various kinds of music.

It does feel safe to state that the show will pull from popular songs and could keep things balanced by not going too far out of the mainstream in order to make certain that contestants won’t feel lost in the woods with the selections. But then again, that same practice could mean that a lot of viewers would still be left wondering just what songs are being played and who the artist is. To be fair some artists and some songs are hard to miss, so perhaps this will be the way that the show goes, picking those that have been the most prominent over the decades. That would certainly sound like something that would work as it would be as fair as possible and give everyone at least a fighting chance to identify one or more tunes. Obviously, there’s no need to coddle people when it comes to a game show, but the idea is for people to enjoy themselves, win or lose, and to amuse and entertain the audience, who are helping to make the show possible, so keeping things entertaining and up to date, or at least somewhat obvious at times, does feel as though it would be the best idea. But this is something that the showrunner would be thinking of no doubt and that would be taken into account, hopefully, before the show was ever seen to get up and running.

People are bound to be excited for this show for a couple of reasons, one of course being a grand prize of $100,000, but the other no doubt being that they get to be on TV trying to guess a tune that a lot of people probably know and will be excitedly hoping that the contestant guesses correctly. Anyone that’s ever watched a game show that asks questions they know the answers to understands how frustrating it can be to know that answer and want to tell the contestant only to realize that the contestant might very well get it wrong or not have an answer at all. Yeah, it’ll probably be like that simply because it doesn’t feel as though a lot of people are going to walk into this show with the utter confidence to name every tune that’s played. Some people aren’t big music lovers and those usually have a preferred genre that they stick to without stepping out of it that often. Those that listen to a wide variety of music could be at a serious advantage, but then again, it all comes down to how the show is going to screen their contestants since it’s not entirely preferable to have a lot of people that know their music inside and out to those that like music but can’t always name the tune or the band. Keeping a healthy balance of those that know a lot and those that only know a little would be kind of interesting since it would keep things rolling in a way that would both frustrate and amuse a lot of viewers.

It does sound like a fun show to bring back and it could very easily be worth a couple of seasons until it grows stale, but there are ways to keep it lively and maintain the desire for such a show since music is one of the many things that people can agree is both therapeutic and capable of keeping people entertained.