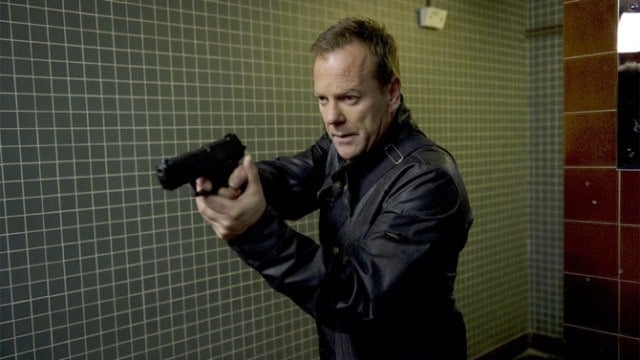 FOX has ordered the pilot 24: LEGACY, a potential new series installment of the groundbreaking and Emmy Award-winning drama franchise most recently revived as the event series “24: Live Another Day,” it was announced today by Dana Walden and Gary Newman, Chairmen and CEOs, Fox Television Group.

Howard Gordon (“Homeland,” “24”), Manny Coto (“24”) and Evan Katz (“24”) will serve as executive producers. The project will be produced by 20th Century Fox Television, Imagine Television and Gordon’s Teakwood Lane Productions. The pilot will feature an all-new cast of characters and retain the real-time, pulse-pounding, fast-paced format with split screens and complex interweaving storylines, with each episode representing one hour of an eventful day.

The project will revolve around a military hero’s return to the U.S. and the trouble that follows him back — compelling him to ask CTU for help in saving his life, and stopping what potentially could be one of the largest-scale terror attacks on American soil.

Originally premiering on November 6, 2001, “24” was nominated for a total of 73 Emmy Awards, winning for Outstanding Drama Series in 2006. Over eight seasons, Kiefer Sutherland garnered seven Emmy Award nominations and one win for Outstanding Lead Actor — Drama Series. While the series gained global recognition, Sutherland’s portrayal of the legendary character penetrated the American psyche like no other dramatic television character to become part of the cultural lexicon.

Â The most recent chapter in the franchise, “24: Live Another Day,” was a 12-episode event series that premiered in the summer of 2014 on FOX, reuniting series stars Sutherland, Mary Lynn Rajskub, Kim Raver and William Devane. The series was both a critical and ratings hit, garnering three Emmy Awards.

24: LEGACY is a production of 20th Century Fox Television and Imagine Television in association with Teakwood Lane Productions. Howard Gordon, Brian Grazer, Manny Coto andÂ  Evan Katz are executive producers. The original series, which had its last American broadcast on May 24, 2010, was created by Joel Surnow and Robert Cochran.