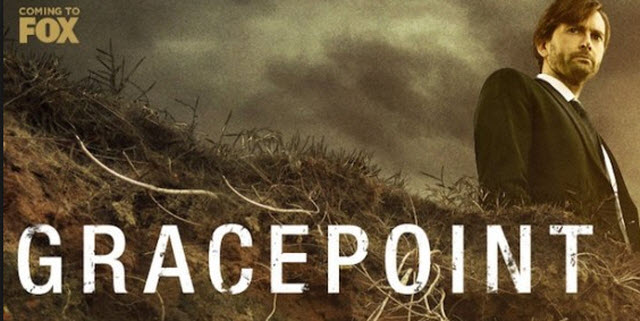 Fox is producing a new show, Gracepoint, which is the imported remake of a BBC show called Broadchurch. Producers promised that the drama, which will appear extremely close to the original for the first two episodes, would begin to diverge sharply after that point. They made this promise at the TCAs to critics thatÂ Deadline describes as “dubious”. Lets hope that this turns out to be true and not just trendy (what remake hasn’t promised to ‘reimagine’ or ‘diverge’ from the original story?) The producers’ explanation of why the first episodes will be so similar is that the first part were “so well done, why would why would we contort ourselves to tell it differently?” That is an interesting question that makes me wonder just how much originality TV audiences want. My guess would be a little more than these people (Dan Futterman and Carolyn Bernstein, in this case) think, but less than in a new book or graphic novel. Of course, all of this is further confused by the fact that David Tennant, who starred in Broadchurch on the BBC, will be coming to America to film the ten part series for Fox as well, which will make it seem even more like the original.

In what seems like a complete mistake to me, they are robbing David Tennant of his accent, making him play a native American detective on the Fox show. However, the original show allegedly had pronunciation issues when shown to American audiences, as many people couldn’t understand the unfiltered accents (the people seemed to speak like real British citizens, not the cleaned up Queen’s English that most of the British upper class and media speaks).