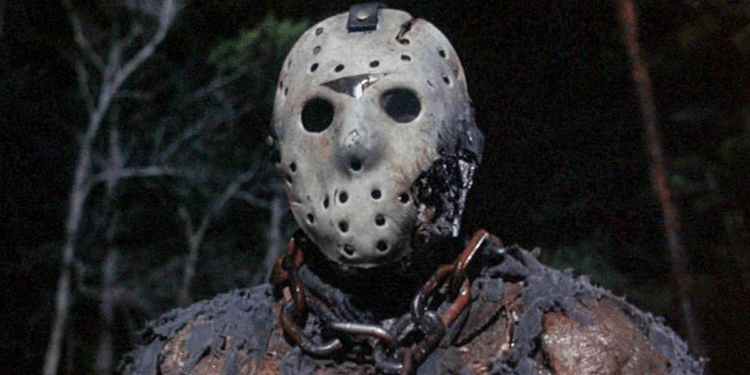 Just when you think that Friday the 13th will eventually tire out…wait, does anyone ever think that? It would seem that Jeremy Dick of MovieWeb and many others don’t tend to believe that. It’s kind of a hard prospect to think about at this point since so many people happen to love the movie so much that they’ve done anything and everything they can to insure that past generations and current generations will fall in love with the idea. This fan film series that’s already been running for a bit is now coming out with a movie titled Never Hike in the Snow, another installment of Jason Voorhees and one that places him in a winter setting it looks like, something that many people would have to admit we’ve never really seen considering that Jason seems to be a fair weather movie villain more often than not. When you think about the implications it makes the idea all the more terrifying since the weather never seems to be that big of a factor in horror movies, does it? Well, there are those movies out there that use the weather to their advantage, but as far as Friday the 13th goes it’s almost always been a movie that’s held under fair to favorable conditions, apart from the train wreck that was Jason X which took place on a wasted and desolate earth that was riddled by continual storms due to the fact that the planet was uninhabitable.

Watching Jason chase someone in the snow might be a nice change since it does seem to bring up the question of whether or not the icy terrain would affect the undead killer or not. When you think about it Jason really isn’t all that fleet-footed and doesn’t seem like he’d be able to really hold his balance all that well on ice or be able to fully run in snow. In fact, have we ever seen Jason run?Â  The answer to that is yes, if you’ve seen all the movies. The killer has in fact been able to run a time or two before donning the hockey mask, and yet for all the intensity he shows he’s still much, MUCH scarier when he slowly stalks his prey. One might think that the only thing a person has to do in order to be safe from Jason’s wrath is run far enough and fast enough away, but somehow the killer tends to catch up and seems to know just where his prey is at. Horror movies are a very prominent area to see the ever-present deus ex machina come into play since getting away from the killer just isn’t supposed to be in the cards and tends to irritate people since it seems to mean that the movie might actually end in a positive manner.

It’ll be insanely interesting to see how this movie gets made by showing how the lumbering brute that’s killed so many will react when his footing isn’t as certain. Of course given that Jason is known to be an efficient and ruthless killer it might be that what normally affects regular people won’t really apply to him and he’ll just keep trudging forward without a care in the world, stomping over ice and snow as though it’s not even there. Somehow though that seems as though it might upset a lot of fans that do happen to like some realism when it comes to their entertainment, even if the main idea is so far out of left field that it can only make sense in a movie.

Jason Voorhees has been a part of the horror scene for decades now and it’s obvious that people have responded to him in a positive way since the number of folks that revere the movies and would even go so far as to defend some of the worst of them have continued to follow the idea throughout the years without fail. As horror monsters go he’s likely one of the most well-known even to those that aren’t big horror buffs. Even the sight of a hockey mask can sometimes fill a person with dread if they happen to know Jason is and have seen at least one of the movies. He’s one of the biggest names in horror, and the funny thing is that according to Ryan J. Downey from MovieWeb he was never supposed to be the star of the movie. If you’ll remember the first movie told the story of Jason, but his mother was the real killer. Ever since that first movie people have built upon the legend of Jason Voorhees with each new movie, but somehow the original killer was forgotten after a while.

As for Jason, he went from being a vengeful son to an undead monstrosity that’s captured the hearts and minds of more than one generation.