Home
Friends
Friends: The 8 Most Iconic Set Pieces from Your Favorite Series 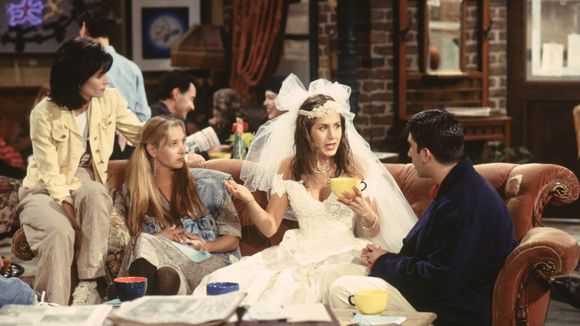 FriendsÂ has been a fan favorite since it began airing in 1994. Though it has been almost 13 years since the series finale, the show continues to air in reruns on many networks including TBS and Nick at Nite. When you watch an episode of the classic series, you may think of the characters or the episode plotlines. However, there are several set pieces that when you see them you immediately think ofÂ Friends.Â Here are the 8Â most iconic set pieces from your favorite comedy.

1. The Orange Couch at Central Perk

FriendsÂ made drinking coffee on a regular chair lame. From the very beginning Phoebe, Chandler, Monica, Rachel, Joey and Ross would take a sip of their favorite beverage on the orange couch at Central Perk. The set piece was even featured in the opening credits when the gang splashed around the fountain. 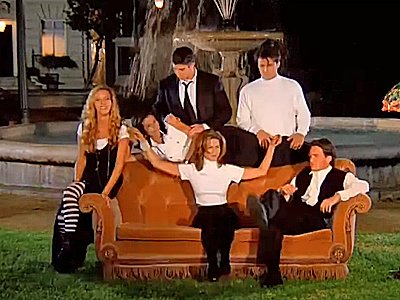 It is hard not to think of the beloved picture frame that adorned Monica’s door for 10 years onÂ Friends.Â The peep hole that looked outside into the hallway of the apartment was neatly set into the middle of this frame. This set piece broke during filming and the producers came up with this clever idea instead of throwing it away. The last image of the series was of this iconic set piece.

Like the picture frame, Joey’s Magna DoodleÂ is hung on the back of the door of the apartment. Each episode would depict a drawing or clever phrase and some of these would be crucial to the plot-line of the story. For example, Chandler told Joey about an audition by writing the information on this children’s toy.

During the first several seasons ofÂ Friend’s,Â Phoebe would often be shown with her guitar. The songstress would entertain customers of Central Perk with her kooky songs like “Smelly Cat” and “Two of Them Kissed Last Night.” Phoebe would even amuse the core group at events like the city blackout or Emma’s birthday party. 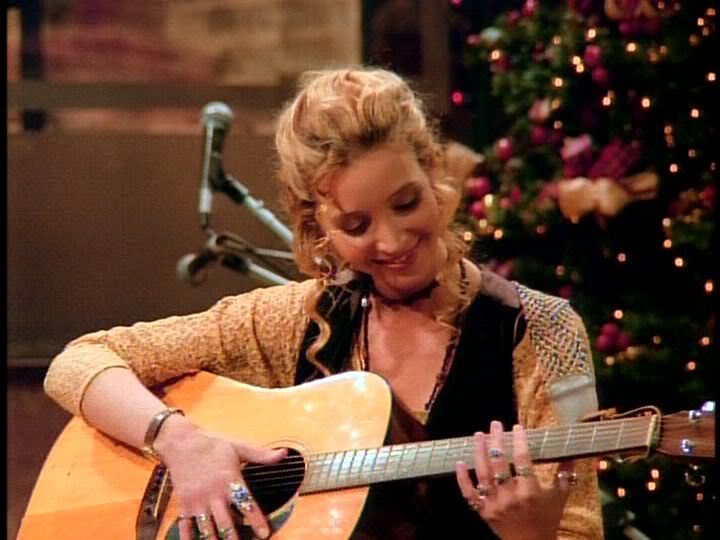 When Chandler and Joey’s kitchen table broke on an early episode ofÂ Friends,Â the two went to go purchase another one. Instead they came home with the Foosball table that entertained the two friends for years. Monica was also a fan of the table but no one liked playing with her because of how good she was at it.

When Joey got his big break onÂ Days of Our Lives,Â he moved out of the apartment and went on a huge shopping spree. When his character fell down the elevator shaft and died, he had to return all of the furniture he bought. Ross, seeing his friend in pain, buys the white dog statue. At first this ugly statue was only white, but in later seasons ofÂ FriendsÂ you will notice that it has a blackÂ nose, and red lips.

7. The Chick and The Duck

When you think of buying a pet, the first thing that may come to mind would be a dog or a cat. That is not what Joey and Chandler did on Friends.Â Joey purchases the chick for Chandler. When they try to return it, they bring home a duck too after learning that the birds would be euthanized.Â Â The animals disappear after season six and fans later learn that the pets died of old age. FriendsÂ fans first learn about Hugsy when Joey mentions to everyone that he has a secret during season five. He was trying to keep Monica and Chandler’s relationship under wraps. However, HugsyÂ is briefly shown a few episodes prior to this discovery. Hugsy continued to appear throughout the series run and became a favorite of Emma, who Joey did not want playing with his bedtime penguin pal. 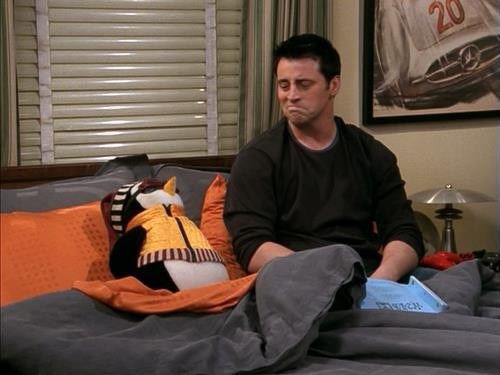 What is your favorite set piece fromÂ Friends?Â Let us know in the comments section below.