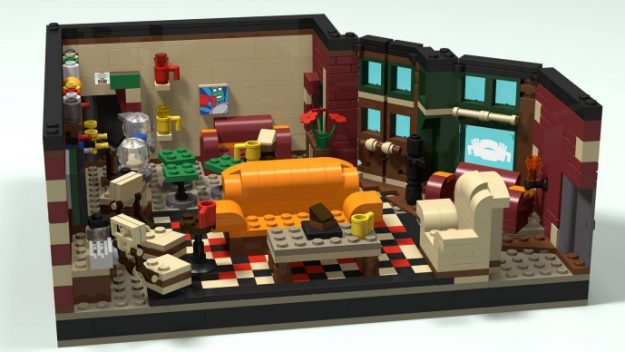 I’m wondering if there was some kind of trademark issue with this creation because the LEGO set you see above you is technically called “Buddies” but make no mistake about it.Â  This is Central Perk from the show Friends.Â  In fact it’s an extremely detailed Central Perk from Friends.Â  Even the ad for the set says “I’ll be there for you” and “Central Perk” in the description.Â  To be clear this is NOT a LEGO product.

This is a custom built LEGO room from Tom Young, who sells is own custom LEGO creations.Â Â  Officially, this is the “Buddies Coffee Shop,” but no Friends is going to let that stop them from the truth.Â  That big orange couch is unmistakable, and the logo looks pretty familiar as well, don’t you think? (See below)

For a relatively small scene, Central Perk is packed with detail. You’ll have to supply your own Gunther minifig and a generic barista or two, but the shop is well-stocked with goodies for sale, and the machine behind the counter are ready to brew.

You can buy it on Young Bricks but it’s not cheap.Â  We’re talking about $325.Â  Just how dedicated are you to one of the top shows of the 90s? 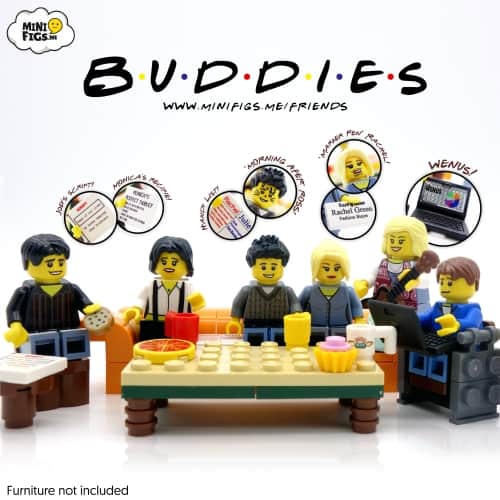