Home
Fringe Teaser Promises Everything Will Become Clear in January 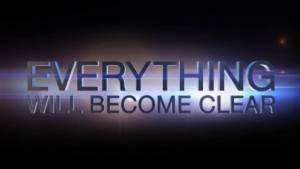 FringeÂ is coming back in January, and we’re going with it to the Other Side. The show’s fourth season went to hiatus last Friday with “Wallflower,” a standalone episode that was great but wasn’t midseason finale material. As it turns out, that’s because the World Series pushed the real midseason finale, “Back to Where You’ve Never Been” to January 13, meaning that it will serve as the midseason premiere instead. As such, FOX has a lot of cool trailers for the episode ready to go.

There’s one titled “Clear,” crafted by FringeÂ trailer guru Ari Margolis. It’s even more action-packed than the one that aired after “Wallflower,” which hinted at the return of super-awesome villain David Robert Jones (Jared Harris).

This one features a lot of scenes from the episode itself. Apparently, when Peter travels over to the Other Side, it causes a bit of a ruckus. The Fringe Division goes absolutely nuts, bringing out armed soldiers and troops. Colonel Broyles declares that there’s been an incursion from the other universe. Peter’s apparently taken into the other side’s custody, and is treated as a prisoner (though he declares “It’s not my fight”).

Another shot sees Peter asking a visibly frightened Walter about the machine (finally!), which he’s hoping will return him to his original timeline.Â Walternate looks at the memory chip from one of the shapeshifters in one shot, while in the next, Lincoln Lee confronts Altlivia about who exactly these shapeshifters are. “Not everything is as it seems,” Walternate warns in a voiceover.

Worried? Don’t be. “Everything will become clear,” the trailer announces in big letters before promising that FringeÂ will return on January 13.

FringeÂ season 4’s midseason premiere, “Back to Where You’ve Never Been,” promises to be great. You can check out the “Clear” promo below.