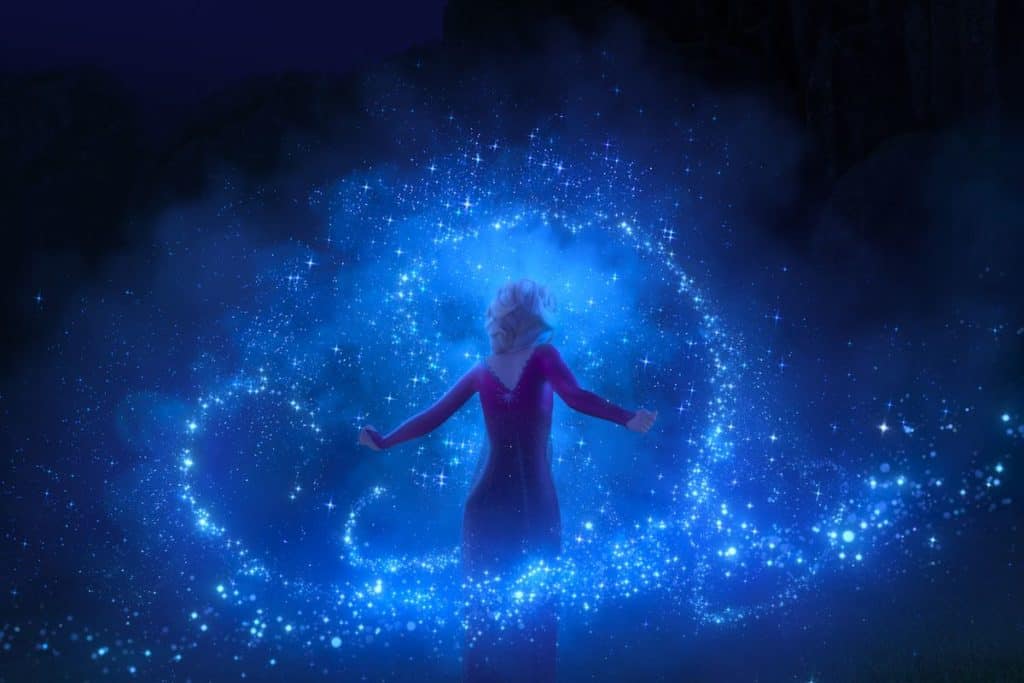 It’s pretty easy to forget (maybe not so easy if you have a young kid or two), but Frozen (2013) was THE movie of 2013.  It was a massive blockbuster hit that stuck around in theaters over a year after it debuted in November of that year, and it reminded us of just how powerful the Disney Princess formula was when the company was firing on all cylinders.  Sure, Edgar Wright’s The World’s End (2013) was my favorite movie from that year, and Makoto Shinkai’s The Garden of Words (2013) was the best animated movie of that year, but Frozen was what drew people again and again into the theaters.

And then, oddly, nothing happened with that property for the next six years.  Maybe it was because the movie had such a long theatrical lifespan, necessarily delaying any work on a sequel until the movie well and truly ran its course (after all, Frozen’s long-standing success undoubtedly dinged Big Hero 6’s numbers at the box office, and that movie came out in 2014).  Maybe it was because Frozen was ultimately such an unexpected hit and Disney was still trying to figure out what about it resonated so strongly with its core audience (understandable, seeing as how the movie famously pivoted mid-production to rewrite Elsa as its heroine after it became obvious that their “villain” song was actually an empowering feminist anthem about coming into your own despite the world’s every effort to pigeonhole you into its ideal of “that perfect girl”).  Or maybe it was because there was such a swell of support from the LGBT community that read Elsa’s disinterest in men and the film’s thematic emphasis on female love as code for her being a lesbian, and Disney hadn’t quite figured out how to toe that line just yet (which is plausible, given the company’s historic conservative leanings and their overall reluctance to embrace the LGBT community over the years). 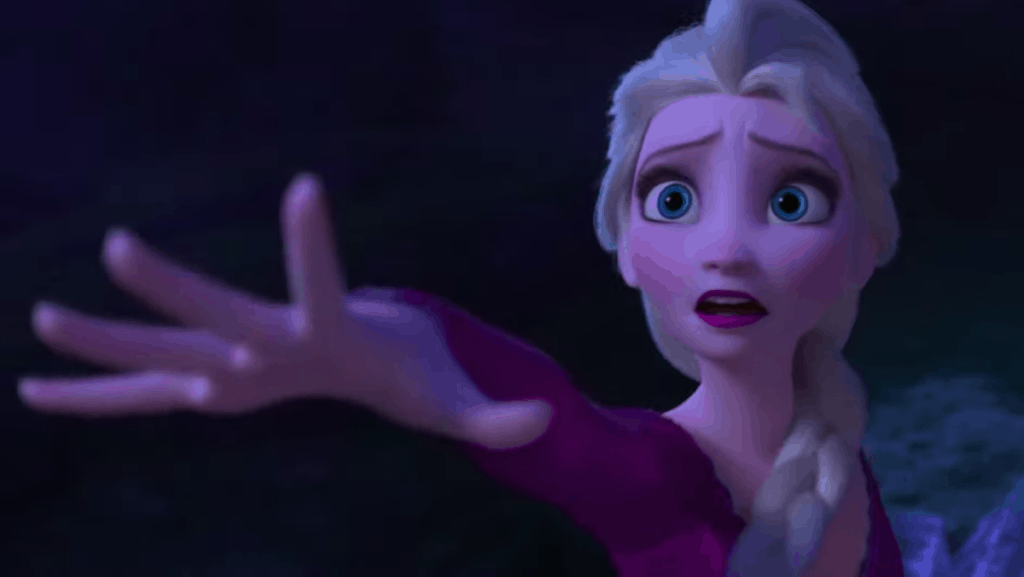 But for the first time in seemingly forever, we finally have a new Frozen movie: a true and proper sequel (not that spring-themed short and not that Olaf Christmas special): something that will finally answer all of the big questions that we’ve been pondering over the past half-decade (and something new for the kids to watch now that they’ve thoroughly worn out those old Frozen DVDs).  And while the movie is perhaps not exactly as successful at what it set out to do as the first movie was all those years ago, there is no denying that Frozen II was a follow-up that was absolutely worth the long wait.

Frozen II sees Elsa and Anna (and Kristoff and Olaf and Sven) acclimating to their new lives together as one, big extended family.  Kristoff and Anna are trying to figure out their next step together as a couple, Olaf is struggling to understand “grownup stuff” and Elsa is increasingly haunted by a mysterious voice calling to her from a nearby enchanted forest.  Convinced that she is meant to discover the source of this nightly siren call, Elsa sets off with the others to uncover the secrets of the mysterious, fog-shrouded forest that borders her people’s lands and the dark events that led to its current sequestered state. 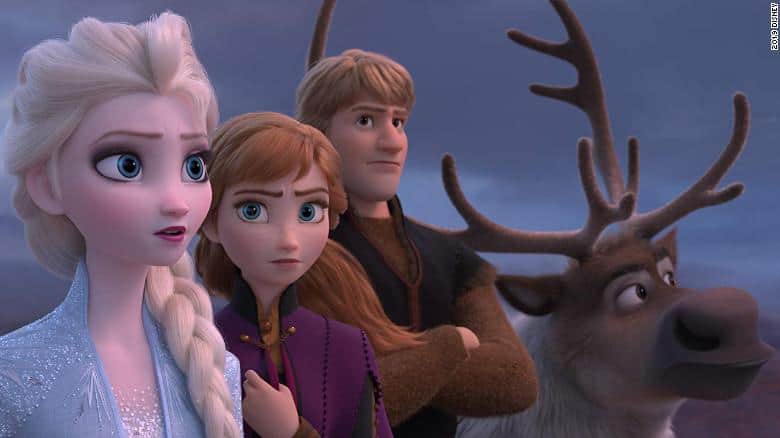 From the beginning, it’s clear that the extra time spent on Frozen II was time well-spent delving deeper into everything that worked so well in the first movie.  Elsa, now divorced from her initial narrative arc as the misunderstood heroin of her own story, is somehow even more compelling as the reticent soul-searcher ceaselessly scrambling for meaning in her life now that she’s already had her adventure and is supposedly living happily ever after with her growing family.  Although no longer shut out from her sister’s heart like she was in childhood, Anna continues to struggle with Elsa’s protective lack of trust despite the fact that she is obviously troubled by… something (something that she adamantly refuses to share with her sister).  These aren’t so much recapitulations of their earlier arcs as much as they are nuanced continuations of them: natural developments in their characterizations and narrative trajectories.

Kristoff, everybody’s favorite lovable doofus, struggles to find the right, serious moment to propose to Anna, while Olaf, every child’s favorite self-insert in the movie, struggles with the existential crises of growing older in a world that nevertheless still seems scary and confusing to him: both of which provide strong comedic b-stories to counterbalance the more serious, sisterly drama of the Arendelle’s leading ladies.  And while it is true that they sometimes don’t have the most to do in the larger story (Kristoff disappears during the second act because he’s literally left behind by Elsa and Anna, and something similar happens to Olaf at the start of the third act), the time actually spent on their storylines is welcome, entertaining and never outstays its welcome. 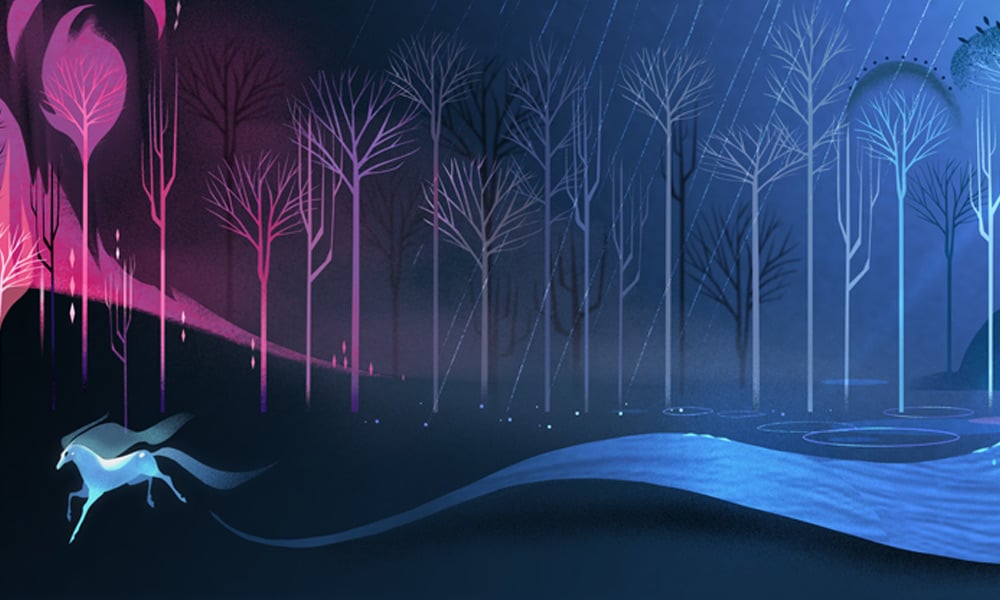 One of my most persistence complaints about the first Frozen was that the music was simply not on par with what we had long-since come to expect from Disney.  Oh, there were certainly enough songs during the movie’s runtime – and there’s no denying the emotional power of Elsa belting out her lines in Let It Go or Anna’s desperate little tinkle in Do You Want to Build a Snowman? – but the quality of the movie’s other songs (notably Love Is an Open Door and Fixer Upper) notably sagged both within and without the rest of the film.  And although nothing in Frozen II ever quite lives up to the lightning-in-a-bottle hit that was Let It Go, the three similarly-considered, feminist power ballads that they did come up with – Into the Unknown, Show Yourself and The Next Right Thing – are all so much stronger than the baseline quality of their forebearers.  Even something as seemingly throwaway Lost In the Woods is a lot of fun (especially for fans of 80s rock ballads) and When I’m Older is bound to be a big hit with the kids in the audience.

The animation is, of course, as impeccably high-quality as you would expect from the industry leader in animated entertainment: like the characters, it’s a satisfying, logical extension of what we received in the first movie.  The one gripe I had with it was a weird design decision (especially obvious in a scene where Elsa attempts to cross a large body of water) in which it is obvious that Elsa’s clothing is actually melded with the rest of her body (not unlike how the X-Men rendered Mystique’s blue-skinned appearance).  It’s a bizarre decision that doesn’t amount to much of anything in the end, but will doubtless raise questions in the interim between Frozens II and III about how her powers might manifest in the future. 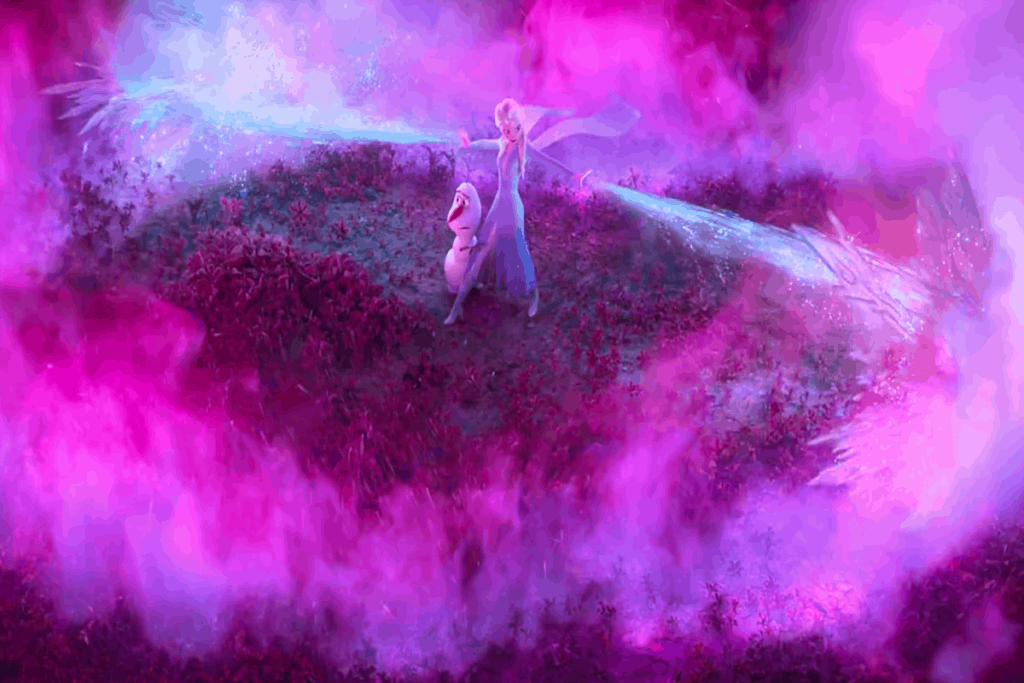 Additionally, Disney’s decision about how it intends to go forward with Elsa’s much-speculated about sexuality will doubtless prove frustrating to many of that movie’s most vocal supporters (myself included).  Doubtless having crunched the numbers to determine what is most profitable for them as a company, Disney has apparently decided to try having it both ways: leaning heavily into the subtext of Elsa as a member of the LGBT community while simultaneously never committing to it in the text itself.  Her continued lack of a romantic partner, her continued gravitation toward (and almost exclusive investment in) female friendships and the obvious subtext of the one-two-lyrical punch of Into the Unknown and Show Yourself clearly is intended to appease the franchise’s inclusion-conscious adult fans while never committing to far in that direction as to alienate many of the conservative-leaning parents whose children fuel its rampant ticket and merchandise sales.  There is a lot more to say about this “both sides” cowardice that the company has chosen to adopt – certainly more to say than I have space for here – but suffice it to say that it was deeply disappointing to see as a fan the first movie, even though I acknowledge that its absence does not necessarily hurt this movie taken on its own terms.

Overall, Frozen II is the mostly-superior sequel to the original Frozen that that movie’s core audience (both child and adult) will doubtless love about as much.  Or at least I know that I did.  The story is much stronger, even if the exact emotional beats maybe aren’t as resonant the second time around.  The animation is better, even if a few artistic decisions don’t quite come off as well as they maybe did on the storyboard.  The songs are a much more memorable batch, even if they really couldn’t quite manage to find a replacement for the now-iconic Let It Go.