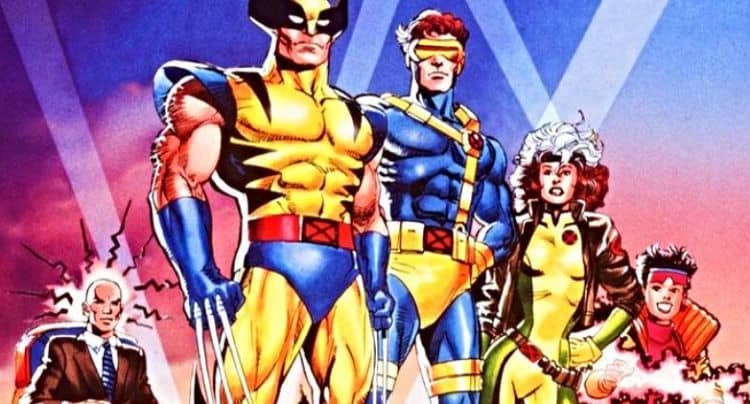 We don’t tend to think about the mundane jobs that still go on in the comic book worlds, do we? Occasionally they’ll be mentioned since it’s hard to get away from them entirely, but on the whole, a lot of those that have jobs that are more or less seen as unskilled labor or just mindless jobs that a lot of people wouldn’t want if they had a choice don’t get a lot of notice when it comes to various superhero shows such as the X-Men or anything else. What’s funny is that there is an X-Men comic, the Ultimate X-Men in fact, in which Wolverine is able to pass through a metal detector without even making it chirp. One would think that a guy with a metal skeleton would be making the detector go off before he even passed through it, but this proves that there are a lot of ways that stories can be written that might be kind of exciting even if they have to force people to suspend belief at times. For instance, taking Cyclops to the optometrist would be a seriously bad idea since without his visor or glasses on he’s going to be a danger to anyone even if he just peeks at them. And as far as Cable and his pouches go…sigh. The guy has more pouches on one outfit than half the kangaroo population of Australia combined.

Imagine being any kind of laborer that has to work on Xavier’s mansion though, as this has been featured in the comics as well. It’s a bit controversial since during the Ultimate X-Men’s beginning run it was seen that there were many people working on Professor X’s home and none of them saw anything strange about the students or the specs that they were being hired to work on, and all because Professor X was using his powers to keep them working contentedly away without noticing anything out of the ordinary. Unfortunately, this would be a problem with a lot of people since it’s erasing at least a portion of free will that is so important to the X-Men in a lot of ways and is something that Professor X has actually preached about over the years. But the downside of being mutants in the Marvel universe has been that people have continually seen them as different, potentially harmful, and have ostracized mutants in such a way that most of those that are classified as mutants have either gone one way or another or have simply tried to survive in the comics and in the movies.

The unfortunate mistrust that mutants receive in the Marvel universe, not just the X-Men universe, is hard to pin down with one simple idea since much like humans, mutants have been seen to lean to the good or bad side of their nature and while some, like the X-Men, decide to save those that are condemning them along with everyone else, there are those such as the Brotherhood of Evil Mutants that believe themselves superior, or are simply tired of being persecuted. Being a mutant in the Marvel universe is undeniably tough since they can do all the good they want and still be looked at askance, while other heroes that have powers that aren’t always firmly explained to the people they save are looked at as saviors. It’s odd how something that’s genetic could be used against a person, but humans know very well how that goes since the sad part is that we’ve been doing it to people of our own species for a long time. But the difference is that in the comics, mutants come in all shapes, sizes, and colors, and a lot of their powers vary so greatly that it’s hard to pin them down without using very broad terms and categories. In this instance, the mundane jobs that go on in the comics are hardly ever seen, let alone mentioned since the main issues are hard to pull away from given the fact that they kind of tell a good deal of the story. Having a truly horrendous job such as protecting people that can’t be bothered to say ‘thank you’ or show their gratitude in some way would be terrible since there’s almost no point in doing it, other than to do the right thing.

That’s the downfall of being a part of the X-Men, or just being a mutant in the Marvel universe, since even those that manage to do the right thing are nitpicked and harangued in a way that one can’t help but think is entirely counterintuitive. Being a hero is kind of tough when the people you try to save are bound and determined to hate you. That would be the absolute worst job in the world to be certain.