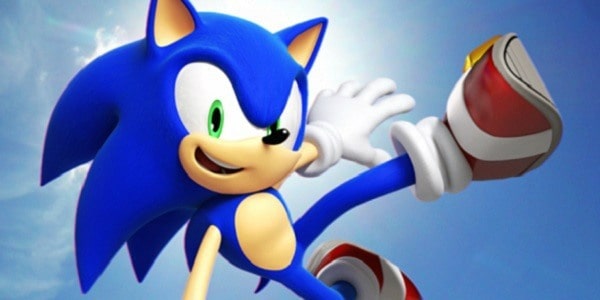 Isn’t this kind of what happened to Sonic anyway? I mean the whole blowing his head off to spite the future. In a literal sense, no, no that’s not what happened. But in a metaphorical way it seems like the creators of Sonic the Hedgehog did just this. They nixed the simpler, more profitable Sonic to make way for the future Sonic’s that could be given a more marketable stance. But any attempt by the future Sonic to go back and warn his past self seems like it would have only resulted in disaster much like it did. The idea that the old Sonic killing himself to prevent the future mess doesn’t seem like it would have done any good anyway.

Go ahead and admit it, this character was a lot more likable before 3D and before he could talk. When he was just a blue-furred hedgehog racing up and down courses and gathering rings to defeat Dr. Eggman he was way cool. The Sega Genesis brought him to life in a way that was graphically superior to most games and was incredibly fun. Plus those mazes at the end of each level, if you gathered all the rings, was simply nerve-rending when you were attempting to get at the gem by making your way through so many different blocks and not trying to hit the wrong ones. I think I actually might have learned a few new cuss words while playing that game.

Anyway, moving forward Sonic got his new sidekick, Tails, and things started to decline from there. Tails wasn’t too bad, he had his uses in the second game, but after a while the extras that kept getting included got more than a little ridiculous. Plus, at one point Sega up and closed its doors and got absorbed into Nintendo, Mario’s domain, and Sonic kind of had to take a backseat to the mushroom-munching plumber.

That didn’t sit well with a lot of fans but what are you going to do? Mario was the man that Nintendo backed and Sonic was just a guy coming over from a failed platform. It would be a while before Sonic got to have any kind of notoriety within Nintendo’s system, and a lot of the time he still had to play second fiddle to Mario. So the future Sonic wasn’t lying after all, Sonic had become kind of a joke by the time 2017 rolled around and unfortunately for many fans it’s still kind of true. He’s more prominent now than he’s been in a while but he’s still not the same star that he was when Sega Genesis was still a big thing.

If Sega had kept up with Nintendo and developed their own games and upped their graphics a few dozen times throughout the last two decades things might have been very different. But they couldn’t compete with the titan that Nintendo was becoming and eventually had to fold. For all the stardom that he once had, Sonic is now and probably for a long time still going to be a faded superstar.

A lot of games don’t ever reach their highest peak after the first time.