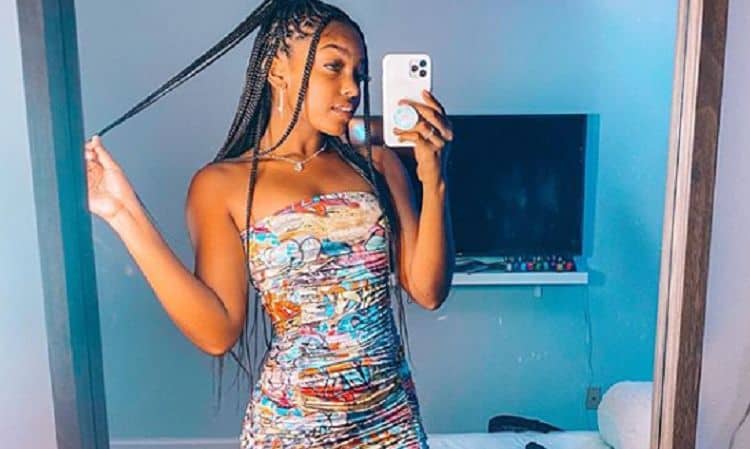 Building a large following on social media isn’t an easy thing to do, but Gabby Morrison has managed to make it look like a piece of cake. In just a couple of short years, Gabby has managed to grow a following that includes millions of followers across multiple platforms. On TikTok alone, she has over 2.5 million followers, and there’s no doubt that her numbers will continue to climb. Gabby, who often collaborates with her boyfriend, is well-known for her dancing videos where she often participates in the latest challenges. While she’s just a ‘normal’ teenager in a lot of ways, she’s a super star in others. Keep reading for 10 things you didn’t know about Gabby Morrison.

Most of us don’t get to travel nearly as much as we’d like. Gabby, on the other hand, is lucky enough to get the chance to travel often. She isn’t even 20 yet, and she’s already gotten the chance to visit several countries. Some of the places she’s visited include Jamaica and Aruba.

Florida is one of the most popular vacation destinations in the United States. Not only is the weather beautiful, but but the beaches are the perfect place to rest and relax. But while most people have to travel to get there, Gabby has it all in her backyard. She was born and raised in sunny South Florida and continues to live there today.

3. She Met Her Boyfriend On TikTok

Gabby and her boyfriend Andre are one of the hottest couples on TikTok. They both have large followings and have been dubbed as relationship goals by hundreds of thousands of people. Their love story actually began on TikTok where they first noticed each other. They met in person a few months later, and they have been going strong ever since.

Being a social media star is great, but Gabby also has her sights set on the future. She is working towards becoming an actress and has already gotten the opportunity to show her skills. She is a main cast member on the web series, Attaway General, which also stars other well-known TikTokers.

5. She Started Dancing When She Was Three

Gabby does a lot of dance challenges on TikTok, but her dancing days started long before she made her debut on the app. She started dancing for fun when she was just three years old. By the time she was six-years-old, she had started taking it seriously and was dancing on a regular basis.

Even though Gabby loves to travel, she’s terrified of planes. In a Q&A video of YouTube she said that everything about plans terrifies her. When she was a little girl, she said that when she heard a plane flying over, she would often envision it crashing into her house. Although planes are kind of hard to avoid when you really like to travel, Gabby does take a lot of cruises.

Gabby is in great shape so most people would probably assume that she’s on a very strict diet, but that isn’t exactly the case. She admits that she loves foods that are full of carbs and cheese. She especially loves burgers and says that Shake Shack is her favorite place to eat.

In order to be a true social media star, you can’t just be popular on one platform. You’ve got to cast a wide net and build fans from every corner of the internet and Gabby has done just that. She started her own YouTube channel in March 2019. Although she doesn’t really upload consistently, she’s managed to gain more than 50,000 subscribers. She also has a joint YouTube channel with one of her friends.

Lots of social media stars prefer to keep their personal opinions off of their platforms out of fear that it will rub some people the wrong way. However, since the murder of George Floyd, lots of people have become more open about speaking out. Gabby has used her social media presence to show her support for the Black Lives Matter movement and share resources with her followers.

10. She Has Caribbean Ancestry