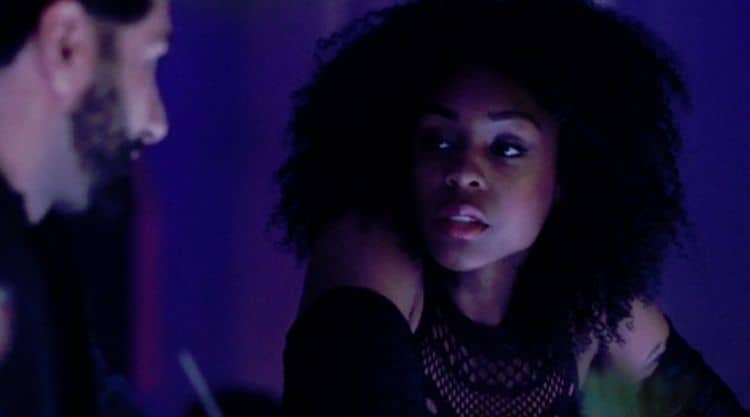 Gabrielle Graham is an actress who is best known for her role on the television series “Twenties.” If you’re not familiar with this rising young star, you’re not alone. She’s just beginning to come into her own and her growing group of fans may find it hard to find information because she is just getting a foothold in the professional arena. For those of you who have enjoyed her performance in the role of Nia, here are ten things you didn’t know about Gabrielle Graham.

Graham is a resident of Toronto. Because she has not yet reached the level of superstardom that creates a frenzy for more information, there is little that is publicly shared about her birthdate, the city of her birth, or much about her parents. What we do know is that she is of Jamaican and Montserratian ancestry and that she has a twin brother.

2. Graham is a formally trained actress

Gabrielle realized that she has a talent for performing arts but she also knew that talent alone is not enough to successfully break into the entertainment business. She relocated to the United States where she studied theater and film acting at the University of New York. She attended from 2010 through 2015, graduating with her degree. She also attends Lonsdale Smith studios for continuing education to more fully develop her skills as an artist.

One of the first things that fans want to know is if their favorite celebrity is married or dating anyone. From what we can tell, she is still single and is not currently dating anyone. She doesn’t have a lot of public social media accounts other than Instagram, so it’s difficult to learn much about her personal life, other than what she chooses to disclose. If she is dating anyone then she is really good at keeping the identity of the person a secret. We suspect that she is just focusing on her career for now.

4. Graham is following her passion

We learned that Gabrielle Graham has had a passion for the performing arts since she has been a young child. She is a multi-talented entertainer who is doing a good job in her performances as a professional actor, but there is much more in her arsenal. She is also talented as a singer, and as a dancer, two things that she has been doing since early childhood.

There are a few very good reasons why you haven’t heard much about Gabrielle Graham until recently. She just recently launched her career as a professional actress. The first part that she landed was the role of a Belter Prostitute in the television series “The Expanse” in 2017.

6. Gabrielle’s acting career is taking off

The first year of Gabrielle Graham’s acting career was a big success. The talented actress went on to secure more roles after her debut. Her plate was full in 2017. She appeared in the film short “Gatekeeper” as Karina, then landed a recurrent role in the series “21 Thunder” as Fatima Gossa. She also landed other minor roles including the part of a clumsy bridesmaid in the TV movie “Christmas Wedding Planner,” a guest appearance as Sage in the series “Kim’s Convenience,” and a part in the film “Darken” the same year. While most new actors are struggling to be cast in parts, Graham had all the work she could handle.

7. Her second year was just as successful

Graham continued to land roles in 2018 in both film and television. Although they were minor roles, it was work that helped her to gain the exposure that she needs to become more well known and open more doors. She appeared in the series’ “The Bold Type,” “Frankie Drake Mysteries,” and several minor roles in films. These include “Clara,” as a cafe server, as Parker in “On the Basis of Sex,” as Michelle in the TV movie “Hometown Holiday,” and in an uncredited role in the film “Long Shot.”

8. She is holding steady with constant work

You should be hearing a lot more about Gabrielle Graham in the months and years to come. She appeared in the 2019 “Long Shot,” with roles in “Lucky Day,” and “In the Shadow of the Moon,” before landing a recurrent role as Nia in the television series “Twenties for the current year. She also appeared in the series “The Wedding Planners” this year.

9. Gabrielle has a new movie coming up

We also learned that Graham was cast in the part of character Nicole Brooks in an upcoming TV movie. She will appear in “The Set Up,” which is scheduled for release in 2020. The TV movie is currently in the post-production phase of development. So far, Gabrielle Graham has 17 acting credits under her belt and she hasn’t even been in the profession for 3 years yet. We’d say that she has made great progress in her career so far and we expect to see a lot more from her. She is a rising star in the entertainment industry and she doesn’t seem to have any trouble finding work.

If you’re a fan of Gabrielle Graham we have a good resource for you. We checked out her Instagram page and we found a lot of great photos of the actress. So far she has made 44 posts and the pics are stunning. This is a great way to keep current on what is trending in her life and in her career. Gabrielle has 1,595 followers on the site and the numbers are growing weekly as more people are finding out what a talented actress she is. Although it’s not a huge group of fans, she is becoming more famous with every new role that she accepts.