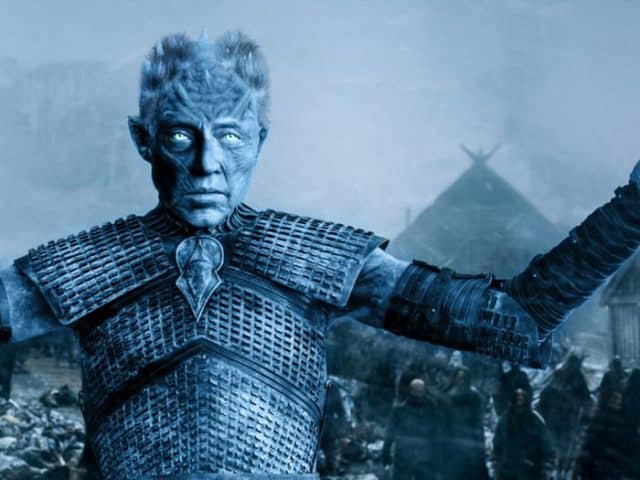 Have you ever wondered what it would be like to see other celebrities as Game of Thrones characters? Oh come on, you know you have, admit it. At least a few of us have really given any thought as to what parallels we’d like to draw between the GoT characters and real life. It’s just something to do when you’re bored and eventually it becomes really interesting to see who could do it. Let’s take a look and see just who might fill in for certain roles and what it might be like. 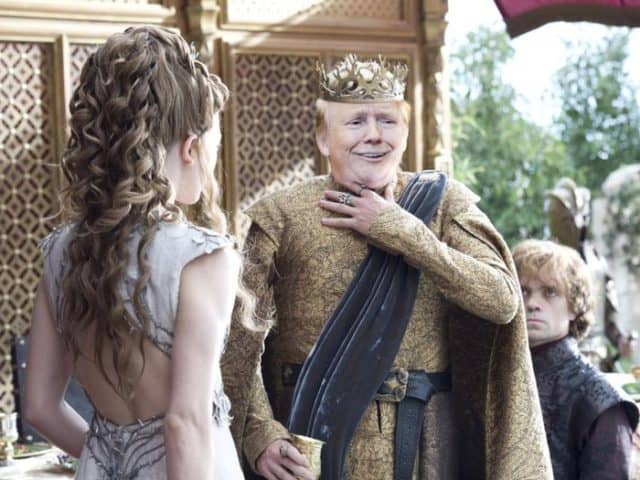 A good many liberals might one day like to see this is if they’re being honest. Yes I know that’s wrong on so many levels, but it’s unfortunately the unvarnished truth. Is Trump as bad as Joffrey? He’s not too far off according to some. 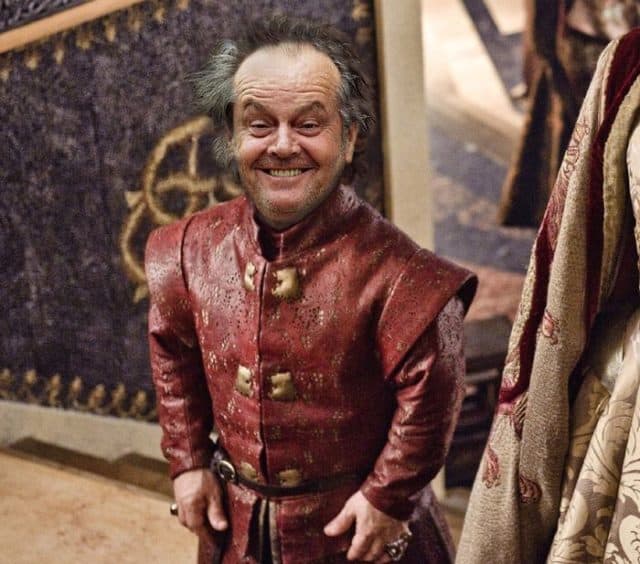 When you think of the word imp doesn’t this face just come to mind? Think of all the things that Jack would get up to as a smaller guy. 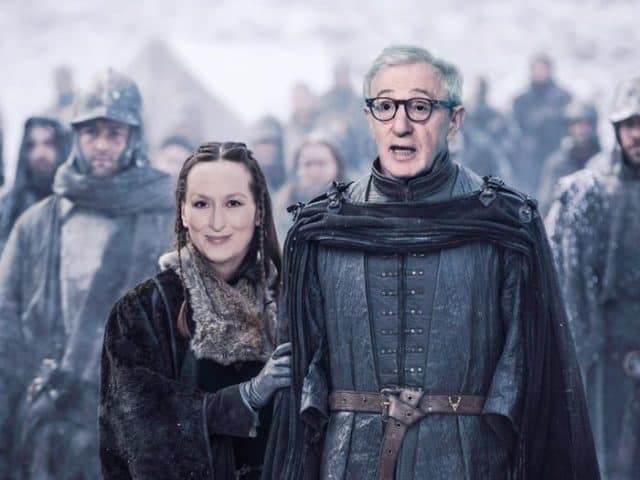 I’ve got to do it sweetheart, we’ve got to sacrifice someone to make the One God happy and you’re it. Meryl Streep looks way too happy for the kind of moment that’s being shared. 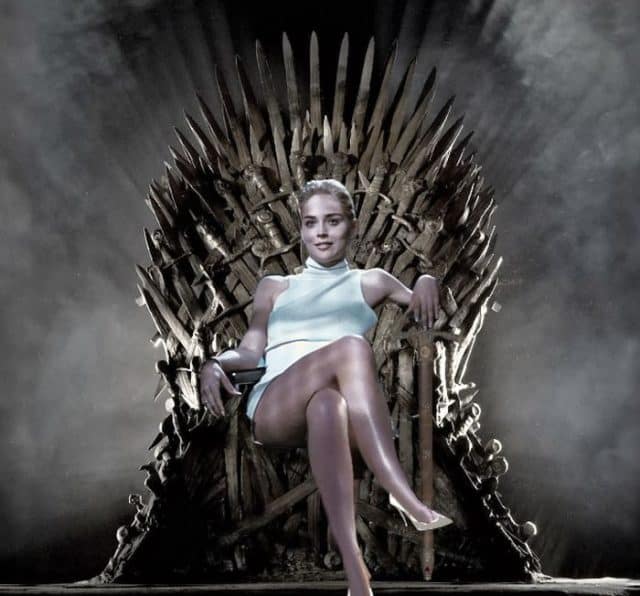 This is one blonde that we might not mind seeing on the Iron Throne. Plus she’s already got the spirit of GoT since she has no problem with nudity. 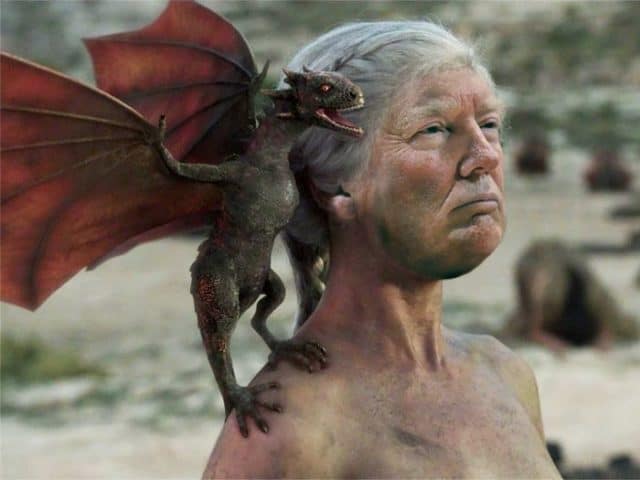 This is scary enough since it’s close to being true to real life. I mean really, Trump’s already got access to some of the most devastating weaponry of our time. 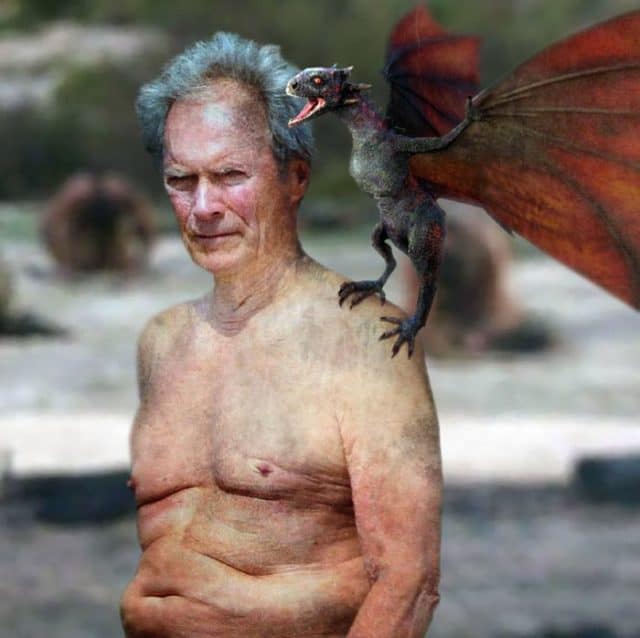 If there was ever a guy you wanted to be in control of a trio of dragons this would be him. 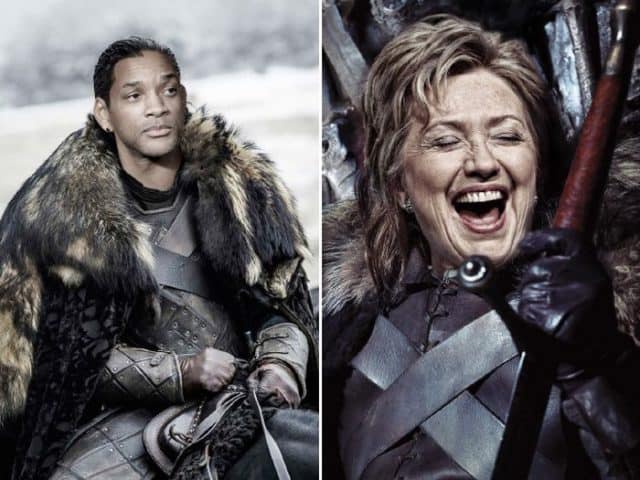 Will Smith, maybe. Hillary Clinton???? You realize Jon Snow has a real problem with lies right? Who made that decision? 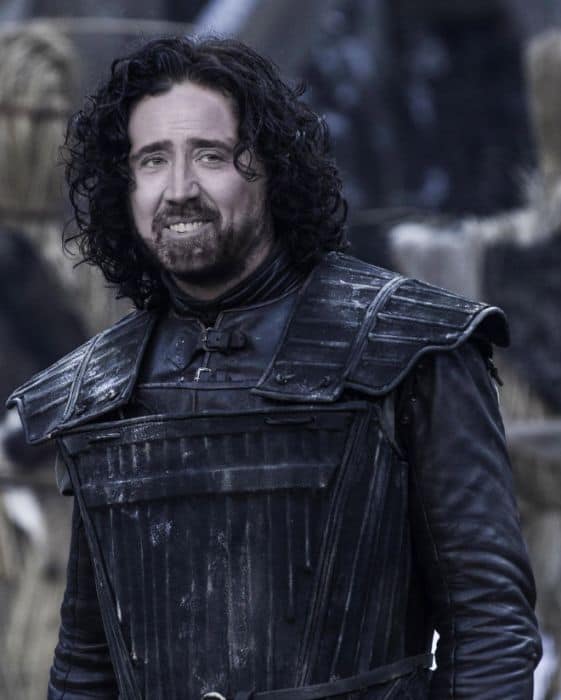 Jon Snow is a lot of things but cocky and quirky are not among them. Plus, he’s not really prone to talking with his hands. 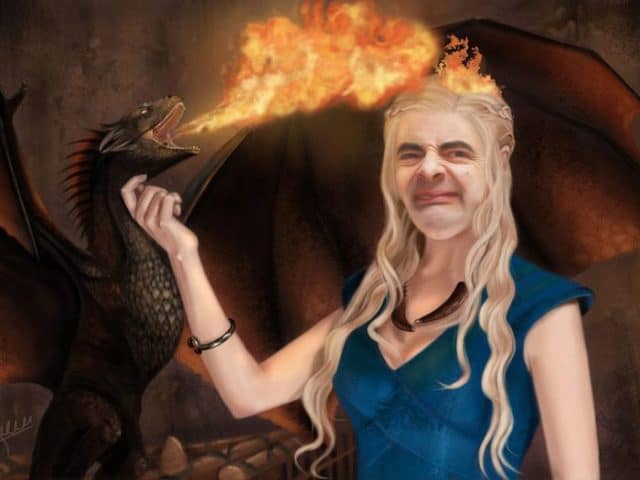 You’re not my mommy! 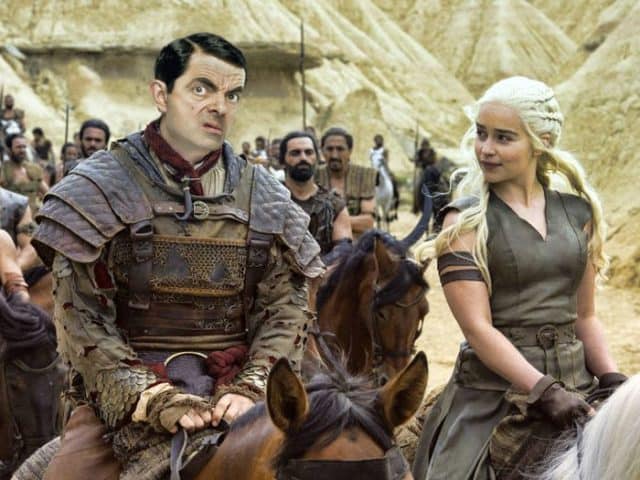 You get the impression that Rowan isn’t really interested in small talk. 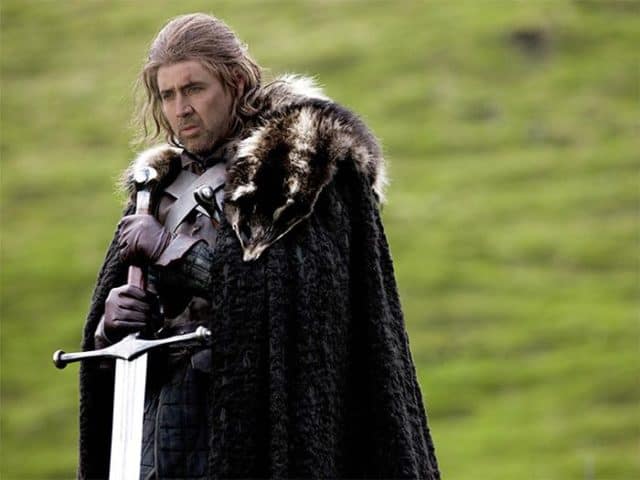 Winter is coming. Ned Stark looks almost perplexed as he stands waiting to do his duty. Maybe he forgot what he was there for. 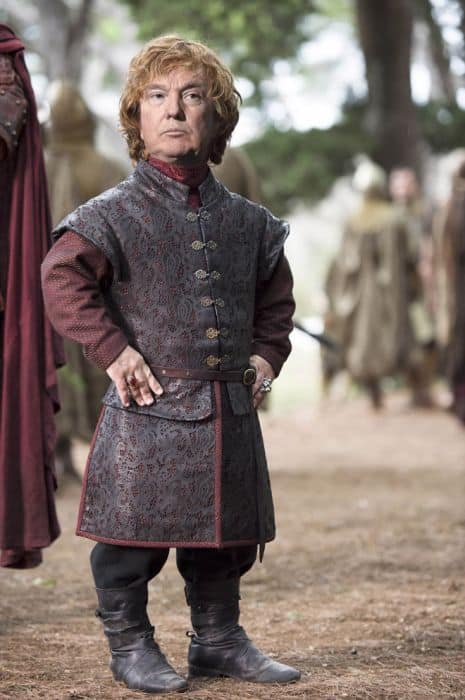 Tyrion would have been so much creepier and inherently scary if this guy had been playing the role. With any luck though Dany would have known better than to make him her Hand. 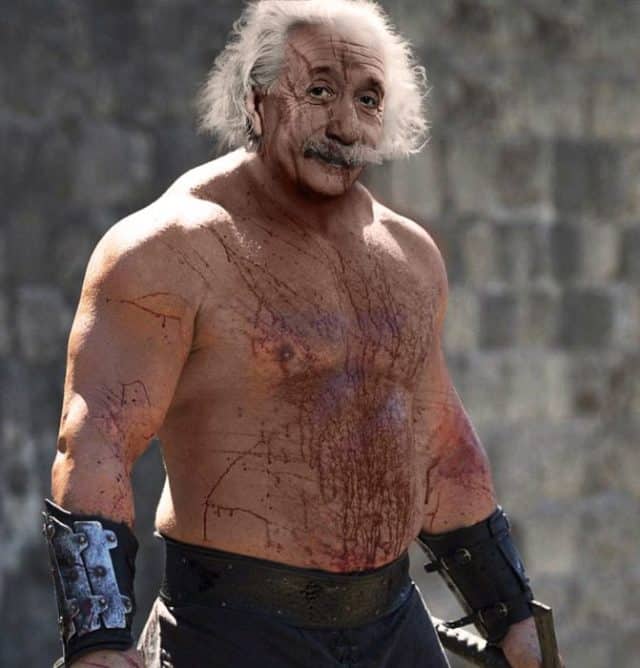 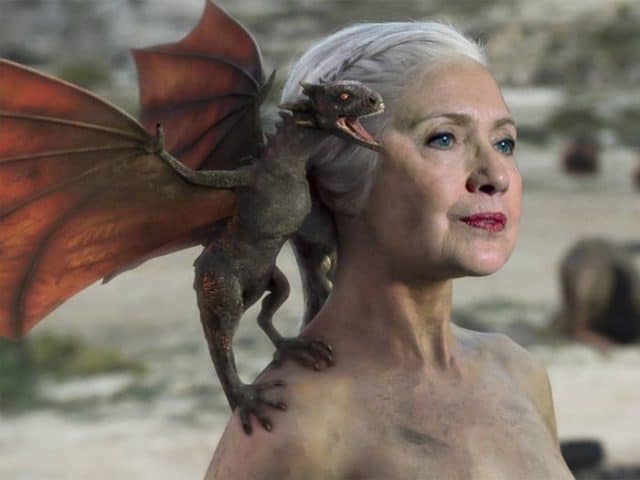 She certainly has the right attitude, but none of the doe-eyed innocence. 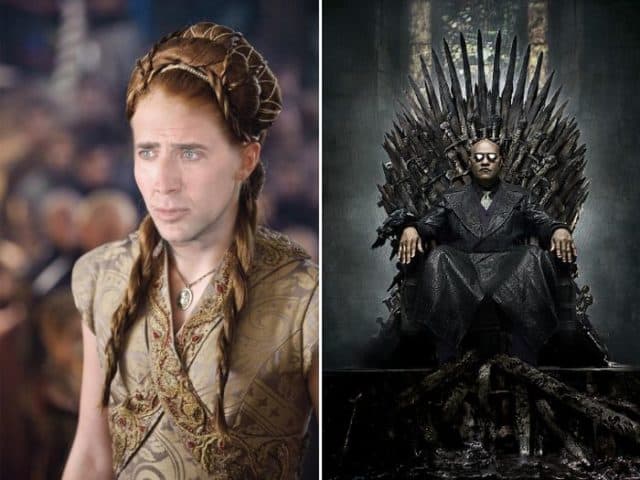 Do you think Cage could pull off the role of a self-important little diva? I do. Plus Morpheus sitting on the Iron Throne seems a tad too dark, even for GoT and the Matrix. 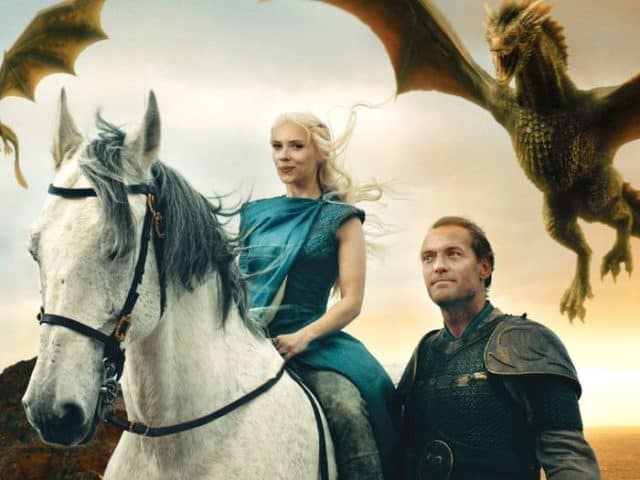 That smarmy look is priceless. “I’ve got dragons nyah nyah.” Jude Law doesn’t look to sure about that whole idea however.

Ah yes, imagining celebrities in place of GoT characters is such fun.