Home
The Game
The Game 4.03 “The Confession Episode” Review

Wow. It was as if the producers and writers of The Game were expecting some of the grumbling that went on after the show’s long-awaited reappearance on TV last week, because tonight’s episode found it’s footing and probably set the drama for the rest of this season.

Instead of dragging out the DJ’s Paternity storyline, the writers wisely changed gears and nipped it in the bud as quickly as they threw it out there. However, this opens up another floodgate which could possibly test the Davis’ marriage further this season. Janay has had it with the drama and is going for the pocket and Derwin’s heart. Her plans for child support, visitation rights, etc will be messy and Derwin will need all the support he can get. At this point in time, it seems like Melanie is all he got and if he wants to keep her, then he will need to chill out.

Derwin’s entire ultimatum in the end had me rolling my eyes, because no matter how much he prays or drags Melanie to church, it won’t mean a thing if they don’t let others intefere with their relationsip. Although Malik, the least likely person for advice on relationships, pointed out how childish Derwin was in the matter, outside advice needs to come to a minimum if Derwin and Melanie want to make it work.

Jason was pissed about getting blindsided with his release from the Sabers, but was even more hot about Malik and Derwin knowing it and not warning him. That’s justifiable, but damn, he didn’t have to wild out the way he did. The man is feeling himself a little too much lately, making it hard to even have a shred of sympathy for him after embarassed himself with the Dip and Pitts debacle. With that said, he did drop some of the best lines of the night. I got to find me a “If your heart ain’t in it, don’t waste another minute!” bumper sticker now.

With Coby Bell and Brittany Daniel still having “Special Appearance” by their names, I wonder if the amping of Jason’s jerk factor and him not being a Saber any more are means to slowly weed him (and Brittany) out the show? Let’s pray not.

We finally got some scenes with all of the cast members in one setting, which was lacking last week. However, the Tasha/Kelly truce should’ve went down last week instead of now, because it seemed a bit forced. Just a bit. Also, no matter how much I liked the women removing their tops, it didn’t seem plausible. Plus, it’s funny that BET would censor the word “b”, but not frown upon women getting topless? Just saying…

With twelve episodes being ordered for this season, some tweaks had to be made in order to accomodate that order. First, it makes sense for the writers to cut out the fat and give us nothing but the meat and potatoes in the drama department. This way, the main storylines are more tight and focused in execution, while still having room to play with the secondary B-stories at the same time. Second, if the first three episodes are any indication, it seems as if The Game has taken on a more serious tone than last time, which makes me wonder if it has anything to do with what Mara Block Akil had planned to save the show when it was on The CW. Some people have complained about the lack of a laugh track on the show, which is hard to ignore, but maybe the track’s near exclusion fits the tone the writers and producers are wanting to take the show? I mean, you don’t need it to remind you to laugh, do you? Bottom line, the transition will take some used to, especially with a short cable episode order and a seemingly stricter network.

All in all, tonight’s episode of The Game was a great pick up from last week’s two-parter, but lacking in the time frame department. I don’t know about any of you, but the one thing I loved about last week’s episode was the one-hour time block it had. If only BET had’ve stuck with that… 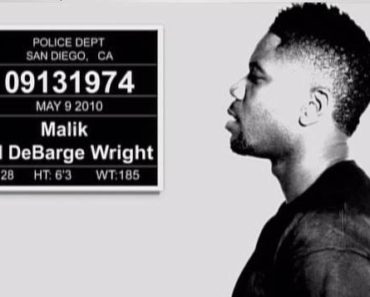