Home
TV News
Game of Thrones is Over: What’s Next? 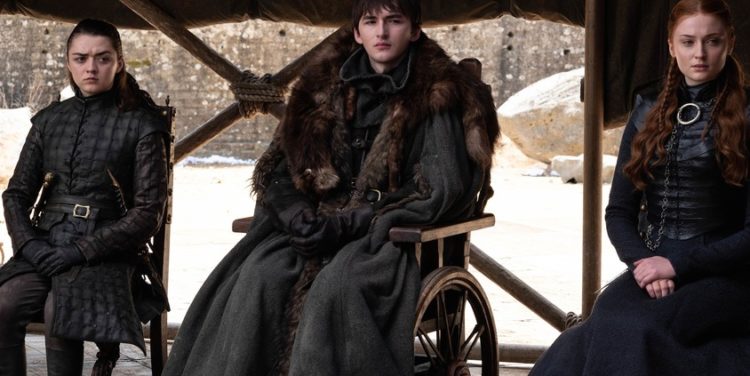 Game of Thrones has come to a conclusion. It seems that the storytelling problems that have been building up for multiple seasons have caused some fans to sour. However, it seems safe to say that for the most part, there is sufficient viewer investment that said individuals will continue to follow the franchise. As a result, it should come as no surprise to learn that there is a prequel that is already being filmed, though time will tell whether HBO will be able to continue bringing in the numbers.

What Do We Know About the Game of Thrones Prequel?

Those who are curious will have to wait for further information to come in before much that is concrete can be offered to them. For instance, we know that the prequel will see the involvement of both Miranda Richardson and Naomi Watts, who are names of note. However, we know little about the characters that they will be playing save that Watts’s character will apparently be a socialite who is concealing some kind of dark secret. Instead, the most meaningful piece of information that we have is that the prequel has been referred to under the name of “The Long Night” by George R.R. Martin, who wrote the A Song of Ice and Fire series that served as source material for Game of Thrones. This is a pretty notable name for the fans of the books, not least because of what has and hasn’t been said about the period.

In short, the climate of Westeros is curious in that it experiences inconsistent seasons. Generally speaking, when a summer is long, the subsequent winter will be of similar length, which is a serious problem for the Westerosi because prolonged wintertime conditions pretty much ensure famine in the North as well as other cold regions. Fortunately, there are some regions that are less susceptible to the cold. Furthermore, it is said that the seasons can see miniature heating and cooling periods within them, which when combined with the Westerosi preparations, have presumably contributed much to Westerosi survival in spite of such perilous conditions.

Unfortunately, that wasn’t possible in the Long Night because said incident was supposed to have been a winter that lasted for an entire generation. Even worse, there is indication that said phenomenon wasn’t limited to Westeros but instead happened throughout the entire setting because there are numerous stories from numerous cultures about how a hero managed to bring back normal seasons. In Westeros, the First Men tell stories about the last hero, who sought out the help of the Children of the Forest. Meanwhile, the Rhoynar tell stories about a hero who had to convince the children of Mother Rhoyne to unite in spite of their disagreements with one another, while the people of Yi Ti tell stories about a woman with a monkey’s tail who managed to convince the sun to stop hiding. Something that was necessary because the murderous reign of the Bloodstone Emperor had caused the Maiden Made of Light to turn her back upon humanity, thus freeing the Lion of Night to go forth to punish it. On top of this, there is the story of Azor Ahai, who has been called by various names such as Hyrkoon the Hero, Yin Tar, and Eldric Shadowchaser by various cultures.

Of course, these stories are just stories, meaning that there is no real way to say how true they might be until the prequel comes out. However, there is more convincing proof of some kind of physical threat in the form of the Five Forts of Yi Ti. In short, the Five Forts are used in the present of the setting to protect Yi Ti from invaders from the north, thus making it a fantasy version of the Great Wall of China in a similar sense to how the Wall is a fantasy version of Hadrian’s Wall. However, the Five Forts are also similar to the Wall in that they possess mythical proportions, as shown by the fact that each one is said to be capable of housing ten thousand men on its own. As such, it seems pretty safe to say that the Five Forts were built to block something much worse than its present threats, particularly since it was said to have been built in a time before the Long Night itself.

As for what that threat might be, well, interested individuals won’t win any prizes for guessing that it is either the Others or somehow connected to the Others. Due to this, it is expected that the prequel will cover the Others in extensive detail, with what will presumably being particular focus on humanity’s first encounter with them in the setting. Unfortunately, the nature of the setting means that we can’t guess a great deal about the human characters who will be involved in said encounter. Certainly, we know many characters from the legendary past of the setting, but the problem is that we have no way of knowing which individuals were contemporaries with which. Never mind the fact that the legends that have been related to us through the books are almost certainly not perfectly reflective of their sources, assuming that those sources were even real people in the setting in the first place.

In any case, it should be mentioned that this particular prequel under way for the franchise. However, considering the fact that it has already started filming, it seems safe to say that this is the first one that will be hitting the TV screen. As such, it seems probable that its fate will have a notable impact on whether the other projects will ever receive the same chance, seeing as how the success of one franchise component by no means guarantees the success of another such component.