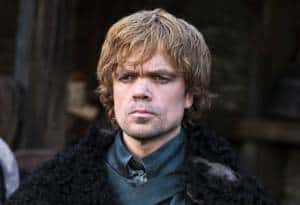 Last week’s Game of Thrones was particularly brutal, with quite a few families suffering a lot of setbacks. Will tonight’s all new episode improve their situation?

Theon and the Starks: Theon had successfully managed to storm Winterfell and immediately set out to show his authority by killing Ser Rodrik. By the end of the episode, Bran was able to escape with a few of his allies. Meanwhile, Robb and Catelyn had been told about Theon’s betrayal. Furious, Robb agree to allow his soliders to try and re-take the castle. In tonight’s episode, Theon learns that the remaining Starks have escaped and he leads the search party to catch them. Given how furious he looks about the escape, we have to wonder whether everyone will survive if he finds them.

Daenerys: The Mother of Dragons spent the last episode going from one rich man of Qarth to another to get ships so she could travel to Westeros. Each of them turned her down, but her biggest blow came at the end of the episode when she returned to Xaro’s home to find several of her people killed and her dragons stolen. Tonight, she tasks Ser Jorah with finding them.

The Lannisters: Cersei had to say goodbye to her only daughter, who was sent out of King’s Landing by Tyrion. But her grief was short-lived when Joffrey and his family was attacked while walking through the streets. Joffrey was furious, demanding that all of the citizens be slaughtered, but Tyrion tried to get him to see reason. Sansa had nearly been raped when she was caught by men in the madness of the crowd. Fortunately, she was saved by Sandor, but she’s still shaken. In tonight’s episode, Tyrion warns Cersei that all of their actions have led to instability in the capital. How long can the Lannisters hold on to the Iron Throne? Jaime also reappears tonight, still in captivity with the Starks.

Watch a preview below for tonight’s all new episode of Game of Thrones, airing at 9:00 p.m. ET/PT on HBO. You can also catch up on the last episode by viewing the video summary.