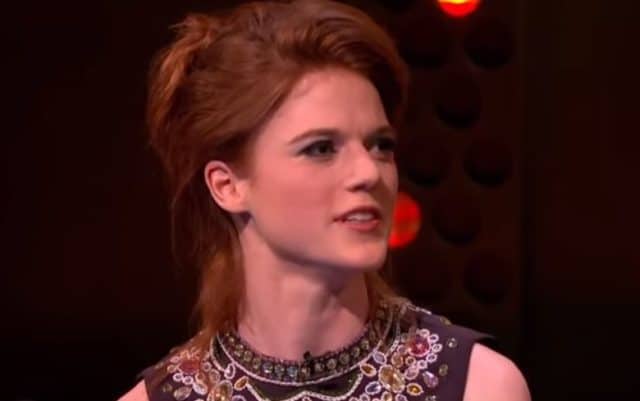 You might think that the actors on the Game of Thrones were all from England, Ireland, Scotland, or even Spain in some cases, but you’d be wrong. With some of them their accents are theirs by birthright and are quite natural. But even with those born and raised upon the the lands that are familiar with the accents in which they speak, the different dialect and lilt to their voice is entirely manufactured. It’s almost like a person from the Pacific Northwest attempting to speak in a Texan drawl. It might be a good estimation and even spot on but once the camera’s are off it will drop and you’ll get to hear the person as they really are.

Rose’s accent doesn’t change much except in pronunciation and how she forms her vowels. The difference between Northern English and Upper Class is very subtle and has a lot to do with how the vowels are pronounced.

Depending on how deep an Irish accent one has, and Geordie has a fairly deep one, the accent will change as the vowels are pronounced differently and some of the speech even seems lumped together at times as though for convenience.

To my ear Scottish almost sounds a little more deeper and resonant than Irish but a little more rustic than English, almost like a pairing of the two that makes something much more rich and vibrant but not as cultured.

This is a bit more of a dramatic switch since the inflection and pronunciation of certain words and vowels is very different from his character to his actual self. Some people possess the skill for accents to such a degree that they can turn it on and off like a faucet.

He might have been one of the most hated figures in the show but his accent rings out quite nicely despite the divide between his true Irish tongue. When you listen to the difference it’s quite astounding.

If GoT was the first time you ever saw Peter Dinklage you might have believed that he was English, but in truth he has a completely American accent and is still quite good at playing a proper Englishman.

No doubt his look and his accent are quite believable together but Pedro does have a strictly American accent that is hard to dismiss. He even puts this on display in the new Kingsman movie as Agent Whiskey.

Accents are quite difficult to get just right a lot of times and require a lot of work. The different pronunciations and the reworking of one’s mouth and mannerisms to convince others of the veracity of the role is something that can make or break the character. For GoT an American accent just wouldn’t do in a land where the majority of people are English or some estimation of it.