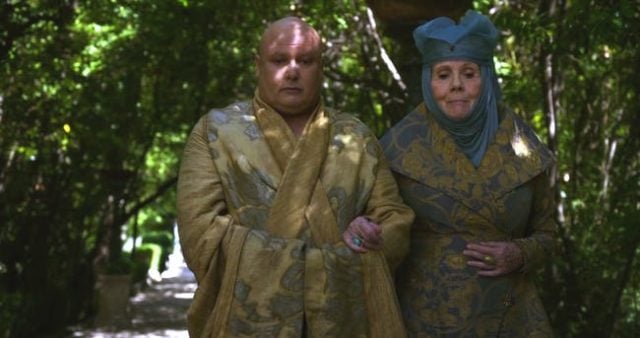 “Game of Thrones” is a series that has been moving at a more rapid pace with each season. We’re seeing quite a few of the main characters of the series coming into what we believe to be their final arcs, or at least the early stages of them. Some are dropping off and disappearing. The House of Tyrell annihilation was one of the saddest moments for fans, and quite a following of viewers refer to the house as their favorite. Each has their reasons, some simply don’t prefer the other houses. Die hard fans simply find other reasons to keep watching because the series is so addictive that it’s hard to get mad and stop. For those who are team Tyrell, here are five things that you didn’t know about the House.

1. They were the only ones to defeat Robert in Battle

Remember the awesome monster that Robert Baratheon was on the battlefield? He was a true leader and it seemed as though fighting was his birthright. How many times have you seen him defeated? There was only one time in the history of the show. It was when the Tyrell vanguard which was led by Randyll Tarly caught up with him and ran roughshod over his forces. Robert knew he would be beaten so he retreated to live so he could fight again another day.

2. They control the citadel

This is the most prestigious center of learning in existence in “Game of Thrones.” The Citadel is a combination of university, medial school and library. This is where higher learning exists for those seeking education and enlightenment. Some of the most important books on the planet are housed within its walls. Scholars receive their training here. It’s a big deal to be in control of the most important portal for knowledge at the time.

3. The Tyrells were not born into power

The House of Tyrell actual had a humble start. They didn’t always rule The Reach. In the beginning, there were only stewards to the house that owned the property prior to their acquisition. When the House Gardner refused to bend their knee to a superior force, they were killed. Because the Tyrells cooperated and bent the knee, they were rewarded with what previously belonged to House Gardner. This is how they came to be in possession of The Reach, and how they eventually rose to greatness.

4. They beat out larger houses

Tyrell House was not the most powerful, nor the oldest house in the region. In fact, they were the newest house. Because they made the decision during Aegon’s conquest to bend the knee, they were given more than ample compensation for pleading their loyalty. This is the only reason why they were chosen. They were willing to make concessions that others were not.

5. House Tyrell is controlled by a woman

This actually makes House Tyrell unique and set apart from all of the others. It is the only House in “Game of Thrones” that is controlled by a matriarch. The rest are male dominated. In the series, it goes against the law of the land in Westeros for women to hold high and powerful positions. Nor can a woman hold land indefinitely if her husband dies. Olenna Tyrell is the Queen of Thorns and she is one of the most intelligent and shrewd leaders on the show.