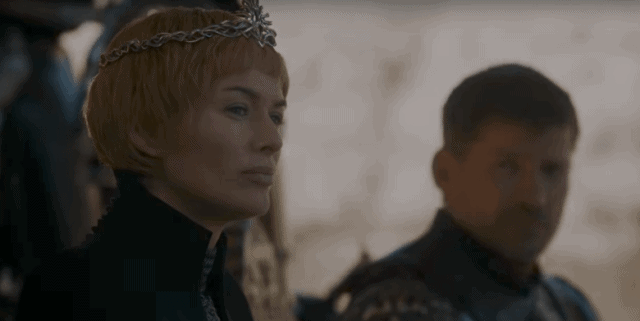 Winter has come. The long awaited finale of season 7 is almost upon us, and the dead are not waiting for the living to act. Armageddon is not coming in the form of fire and ash, it is coming on the heels of a wintry blast that could well take Westeros to its knees if the living do not band together.

But how likely is that?

Arya and Sansa Stark are at one another’s throats in the north over a slight to their family that Sansa had no choice but to make years before. Littlefinger is playing them both in a manner that will no doubt be revealed soon and unfortunately Brienne of Tarth might have to make a very tough decision on which way to turn. How can she keep her word to Catelyn Stark to defend her daughters if their greatest threat is each other?

Bran still knows that the Night King is coming, and yet he can seem to do nothing but watch. Will he be quick to alert the others if he happens to see the Night King’s newest addition to his arsenal? We can only hope so, but thus far Bran has been a bit aloof from the rest of the world, as he is taking this Three-Eyed Raven role a bit too seriously.

Jon and Daenerys are growing quite close it would seem, though if the truth of his heritage were to come out how might that change things? Dany has lost one of her children, and will be looking to pay the Night King back for this insult in any way possible. In the meantime they must meet with Cersei and Jamie to discuss the very real threat to Westeros and why they need to band together no matter how distasteful it is.

And who’s watching Euron Greyjoy at the moment? Is he even still on Cersei’s imaginary leash, or is he simply finding ways to create and keep his own kingdom? In many ways Euron is the mad dog of the bunch that needs to be put down in order to better control the Ironborn. Chances are he will do as he pleases no matter what he is told, which makes him one of the most dangerous individuals in all of Westeros.

The Night King is coming, and he now has one of Dany’s dragons to call his own as his armies march ever southward. With a dragon at his disposal there should be little if any chance that the Wall will stop the dead. Once they are within the north the first to feel their wrath will be at Winterfell, unless Jon and Dany can hopefully convince Cersei that their vendetta against one another must be put on hold at the very least. If that happens then victory might be possible. If not, then it is very possible that everyone in Westeros will eventually feel the biting cold of the White Walkers and their king. Even the dragons cannot hope to hold back what has been dubbed the real enemy.