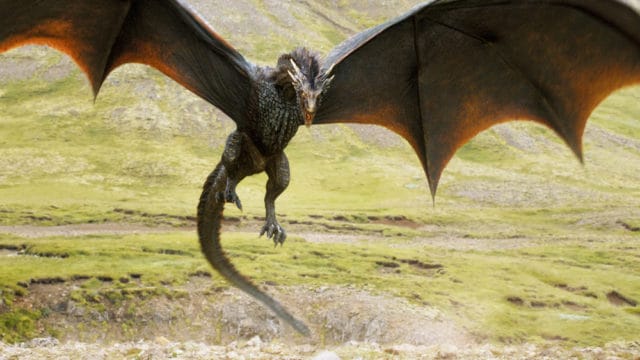 Aptly named The Dragon and the Wolf, this upcoming Sunday we will see a finale of such epic proportions that the internet will likely be set ablaze before and after the event. People have been waiting for the culmination of this battle for some time now and have been hoping against hope to see Daenerys Targaryen and Jon Snow team up against the Lannisters, or against their shared enemy.

The show will be a good 80 minutes long, which will make it the longest Game of Thrones episode ever created. It makes perfect sense considering that there is so much that needs to be shown.

The White Walkers are coming, and Westeros needs to stand united.

Unlike as it is Jon and Dany’s forces need to stop fighting and unite to fight against the impending threat from the north. Now that they have proof positive that wights actually exist they should be able to convince the Lannisters, right? But thoughts abound that Cersei might claim that her maester was able to make a similar creature out of the Mountain. Oh there’s a twist.

The dragons need to battle.

The Night King now has a dragon of his own, and will pose an even greater threat as he wings his way into Westeros at the head of an immense army. Will Drogon and his sibling Rhaegal be able to fight against Viserion or will they hesitate? Because chances are Viserion will not.

The Lannisters need to be humbled badly.

They’ve been nothing but dominant and arrogant the entire season no matter that Cersei has lost almost everything that was dear to her. She has become the power-hungry monster that no one in her family could match, and she means to annihilate anyone that she deems as a threat, which is most everyone. She needs to be taken down a few pegs.

The Mountain and the Hound need to finish things.

They didn’t care for one another from the first season and things haven’t changed now. The only difference is that the Mountain will not succumb to anything less than complete annihilation, and unfortunately the Hound doesn’t seem up to the challenge.

Things between Arya and Sansa must come to a head.Â

Without Brienne there the chances of something happening are even greater. Also, now that Sansa understand Arya’s secret there might be one that she fully trusts, which will only make life harder for her. The sisters must unite or finish their business and have done with it.

Someone really needs to deal with Euron Greyjoy.Â

He’s a serious annoyance that’s unfortunately very dangerous, and he needs to be put down like a mad dog. The trouble is that no one so far has been able to do this. If Theon would step up it would be a miracle, but that’s about as likely as the Night King coming up to the Wall and then turning around to go home.

This coming Sunday is going to absolutely EPIC. Winter has come, and the war has begun.